Developing disease-resistant poultry may be solution for multiple virus issues

Poultry disease is an international issue, especially when there is an outbreak close to home. However, it’s a particularly costly problem in developing countries.

Developing animals to be resistant to disease may be one of the long-term solutions. University of Georgia researchers in the Regenerative Bioscience Center have spent the last four years gathering data that could make the process a reality.

The team, which includes Steven Stice and Franklin West in the College of Agricultural and Environmental Sciences and Claudio Afonso at the Southeast Poultry Research Laboratory of the U.S. Department of Agriculture’s Agricultural Research Service, used a technology platform called shRNA — single strands of RNA that fold back on themselves — to selectively stop the production of nucleic acids that cause disease, such as the Newcastle disease virus.

Newcastle disease is a worldwide problem and is caused by one of the most deadly of all viruses that spreads between birds. Exotic Newcastle virus, the most devastating form of the virus, has been eradicated in the U.S. and Canada. The milder forms of Newcastle are kept under control using vaccines.

The research team’s tooling process for enhancing disease resistance, published recently in the Journal of the International Alliance for Biological Standardization, is potentially a much better way of disease protection than vaccination because it introduces permanent genetic resistance, which is transmittable to a bird’s offspring, the researchers said. In contrast, many vaccines provide protection for a given period of time and must be re-administered periodically.

“With this technology, we can target specific regions used by the Newcastle disease virus that are critical for its survival,” said Stice, a Georgia Research Alliance Eminent Scholar and director of the Regenerative Bioscience Center. “Preventing these lethal viruses from replicating in individual chickens may in the end reduce the overall level of virus transmission from one chicken to the next.”

Multiple types of animals and diseases could be targeted. This technology could also be applied to avian influenza and swine flu.

“Ultimately, you could have birds that are both avian influenza resistant and Newcastle disease virus resistant,” said West, an assistant professor in the animal and dairy science department. “Theoretically, you may never have to vaccinate again.”

Organized distribution of vaccine products can also present problems, especially in countries where farmers may not have a refrigerator or other means to store the vaccines at the temperature needed to keep the vaccine alive. This is particularly true in rural areas where backyard flocks may be a farmer’s main source of income.

Shipping disease-resistant chickens produced here in the U.S. could be the best possible solution for many countries, Stice said.

“We’ve taken many years to prove that this technology is viable,” he continued, “and we’re now ready to expand our work to the next stage.”

The Regenerative Bioscience Center at the University of Georgia links researchers and resources, collaborating in a wide range of disciplines to develop new cures for the devastating diseases. With its potential restorative powers, regenerative medicine could offer new ways of treating diseases for which there are currently no treatments—including heart disease, Parkinson’s, Alzheimer’s and stroke. The RBC is geared toward identifying regenerative solutions for numerous medical conditions that affect both animals and people. For more information, see www.rbc.uga.edu. 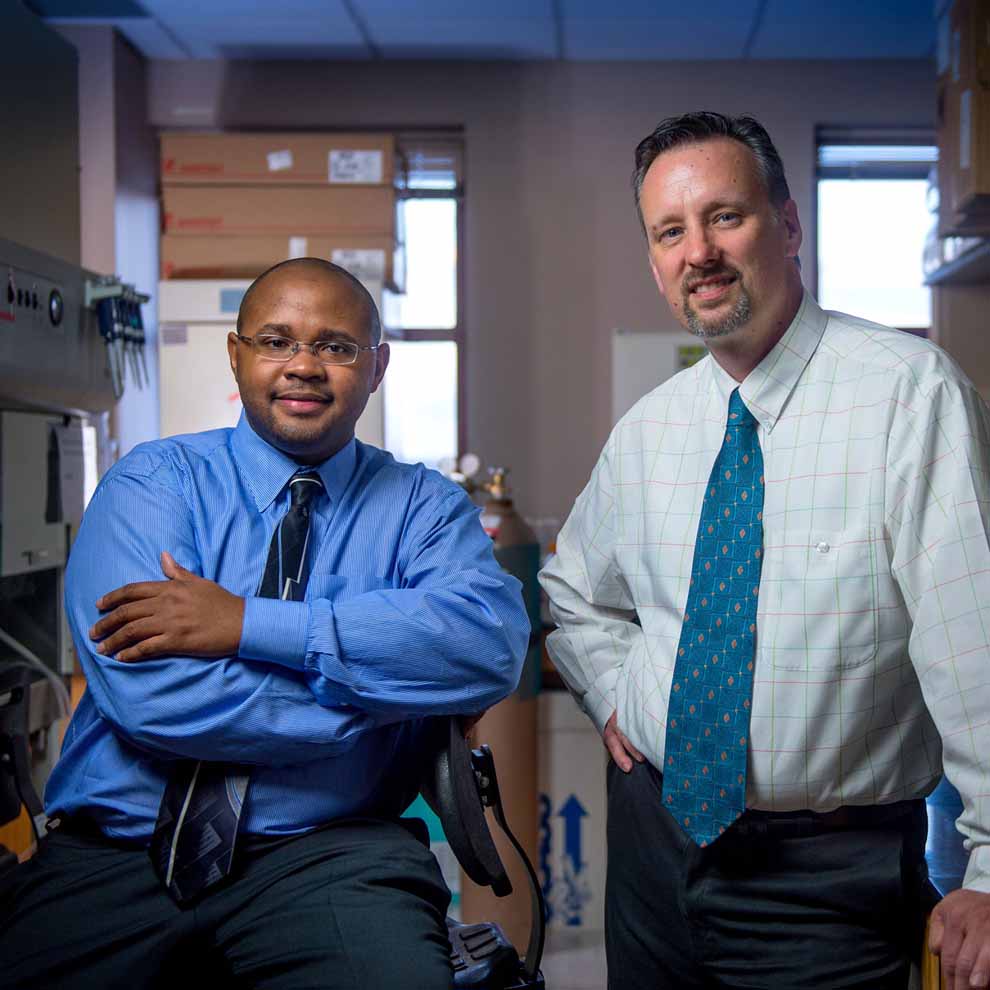