The staff at UGArden, the University of Georgia’s student-run farm on the Athens Campus, received a federal-sized pat on the back this week when Kevin Concannon, U.S. Department of Agriculture undersecretary for food, nutrition and consumer services, visited the farm and demonstration garden.

Concannon, who was in Athens to discuss increasing access to local, healthy food for clients of the Supplemental Nutrition Assistance Program (SNAP), visited UGArden because of its dedication to providing fresh produce to limited-resource families.

“We were really glad to show it off,” said JoHannah Biang, UGArden farm manager and founding member. “I know it’s a great place, but I’m kind of biased. So, it does mean a lot that people from outside think it’s cool, too.”

Despite the 100-degree heat index on Wednesday, July 22, Concannon seemed genuinely interested in what they were doing on the farm, Biang said. It felt good to have his support.

UGArden was founded in 2010 by UGA students who wanted to start a community garden on Athens Campus. The UGA College of Agricultural and Environmental Sciences gave them space for the garden on a parcel of land formerly used for livestock research. Today, it’s grown into a 4-acre, sustainably managed farm that provides agricultural experience to students and fresh produce to food-insecure seniors through UGA’s Campus Kitchen program and to local food banks.

Concannon was pleased with the way UGArden serves as a venue for public service and for research into sustainable agriculture practices — including small-scale cover crop plots, a solar-powered farm building and organic production practices.

“I was very pleased with the efforts on the part of the University of Georgia to implement sustainable practices,” Concannon said. “I heard throughout the day the use of the term sustainable — We don’t waste as much; we recycle, and we use the resources that we are given more prudently. — Yet, (sustainability) is an explosive term — just that word — in parts of Washington. It shouldn’t be, but it is.”

In addition to produce that is donated and that goes home with student volunteers, UGArden hosts a weekly public produce sale to help support the farm’s operations. During his visit, Concannon asked why the farm stand does not accept SNAP benefits. It turns out that the students don’t have a card reader that can process SNAP cards.

Concannon remedied the situation by offering to send the farm’s volunteer staff a card reader from the USDA’s office in Atlanta, Biang said.

“I love getting out in the field,” Concannon told a reporter with WUGA, the university’s Georgia Public Broadcasting affiliate. “I go to a lot of schools, food banks, different places, and often we will hear something like (not having a SNAP card reader) just in casual conversation. And so, I encourage people who work within the USDA to get out into the fields because you’ll hear something, typically, and often it’s something you can do something about. I mean (providing a card reader) isn’t going to take a congressional order, that's something we can fix pretty readily.”

In addition to visiting UGArden, Concannon visited the Athens Farmers Market, which was one of the first farmers markets in the state to accept SNAP benefits.

In Georgia, from 2008 to 2014, SNAP redemptions at farmers markets grew from more than $49,000 to nearly $384,000, providing an economic boost to local communities in the state. During that same time period, the number of farmers markets and direct marketing farmers increased from nine to 124.

He also visited the Clarke Middle School Kitchen Garden Corps program, which is managed by Wick Prichard, an AmeriCorps VISTA volunteer under the supervision of David Berle, UGA CAES horticulture researcher and UGArden adviser, and Shannon Wilder, director of the UGA Office of Service Learning.

The garden boasts a farm’s worth of vegetable crops, goats and a rooster named “Mittens.” During the summer, students team up with local chefs to make lunch from the garden.

“We hope that kids who work with us here are going to go on to be leaders in urban agriculture — or even conventional agriculture — and in family and consumer sciences,” Prichard said. “We’re doing exciting stuff here. And it’s exciting that it’s happening in Athens and in Georgia, not in Berkley or Portland or somewhere that you automatically associated with urban agriculture or the local food movement.”

Concannon rounded out his tour with a trip to the West Broad Farmers Market, a tour of the UGA Campus Kitchen facilities — where students turn locally grown food into meals for seniors — and with a talk at the UGA Miller Learning Center.

Merritt Melancon is a news editor with the University of Georgia College of Agricultural and Environmental Sciences.
Authors:
Merritt Melancon
Experts/Sources:
David Berle 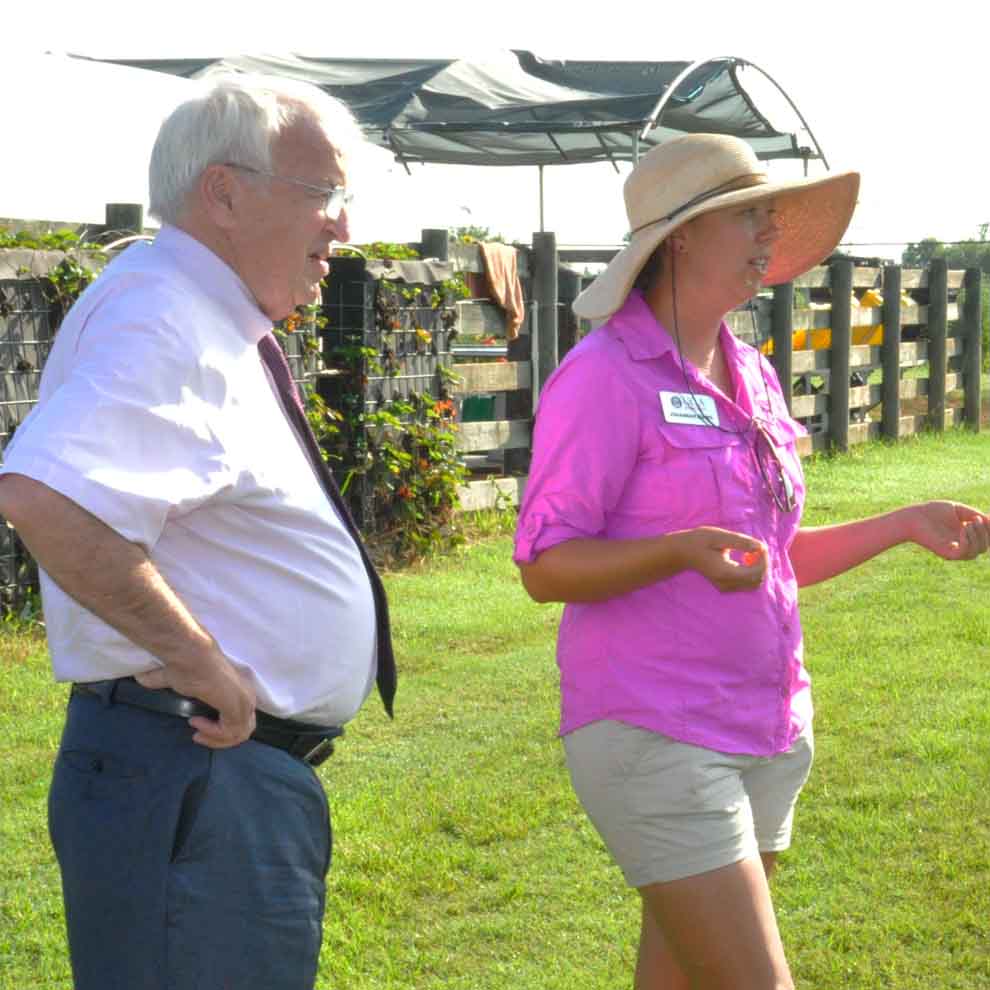 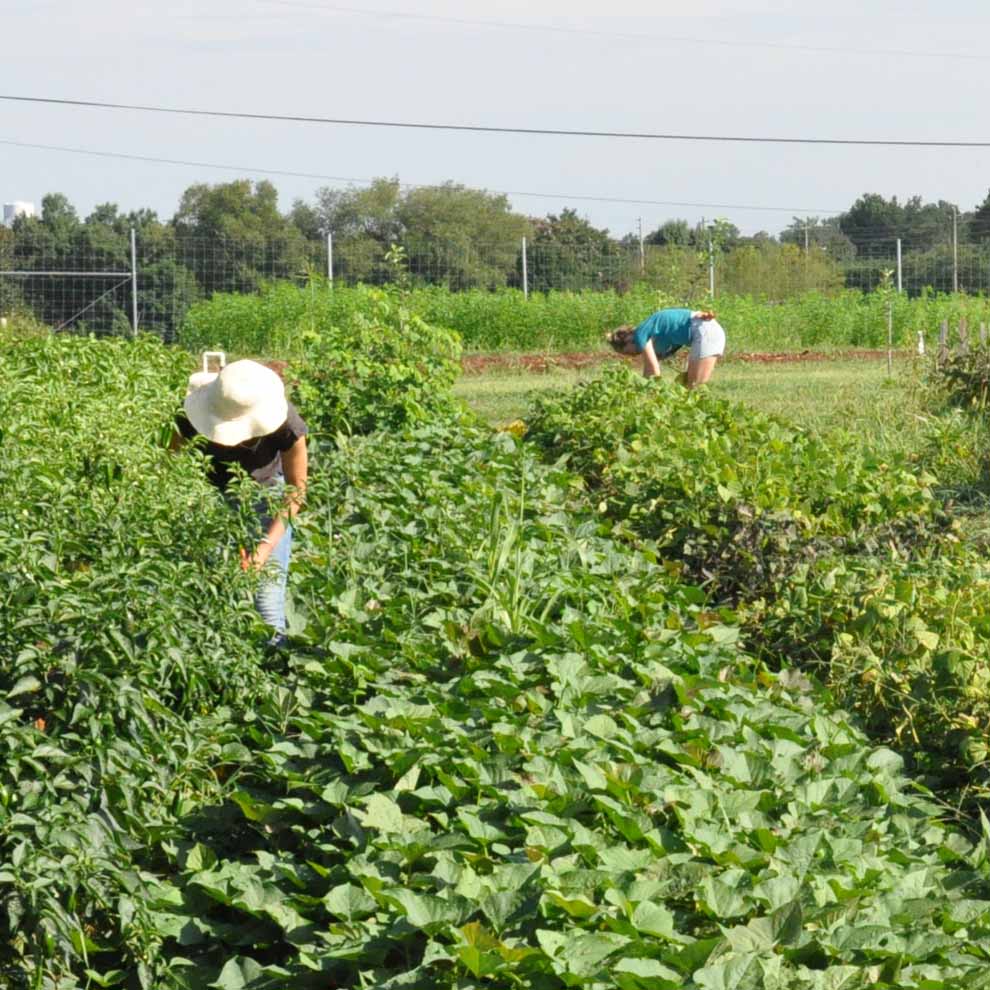