That’s all it took for about 50 fourth- and fifth-grade campers at Rock Eagle 4-H Center to turn a set of water-proof electric motors into fully operational underwater robots — well that, and some solid engineering principles and a heavy dose of curiosity.

Frye and her team’s robot not only worked but fared pretty well against the other student-created robots.

The stout rectangular craft with airplane-inspired propellers and motor guards inspired by teammate and fellow Oglethorpe County 4-H’er Abigail Legg was one of the first ‘bots to move smoothly through Pool 1 at Georgia’s largest 4-H center.

HughesNet, a provider of satellite-based Internet services, provided a $10,000 grant that purchased the 20 waterproof electric motor and control sets the campers used to build the underwater ROVs (remotely-operated vehicles).

The grant was part of HughesNet’s partnership with the National 4-H Council to provide funds for STEM (Science Technology Engineering and Math) enrichment projects, like the robot project and high-tech science kits containing infrared thermometers and personal microscopes for Wisconsin 4-H’ers.

“This is one of the key programs that we have where we try to give kids a hands-on experience at their summer camp,” said Peter Gulla, senior vice president for marketing for HughesNet. “Our company is a highly technical, engineering based company. We depend on having a lot of people who have (STEM) expertise to move everything forward … We’re doing everything we can to support the STEM programs, and we feel like 4-H has one of the best one’s going.”

Melanie Biersmith, Georgia 4-H specialist for science and environmental education as well as a former school teacher, knows these types of hands-on projects draw students into thinking critically and using the science they learn in the classroom.

“We’re going to spend a lot of time being engineers today,” Biersmith told the campers. “We’re going to be thinking like scientists, We’ll be using technology to build the ROVs, and there may be some math as well.”

At this year’s Tech Takeover Day, the students went through a lesson on how to think like engineers before they formed two- to four-person teams to build their robots. Biersmith asked them to think about buoyancy, stability and how water would affect the way that their vehicles would move.

The lesson and planning time helped campers to think critically about how to build their ‘bots before construction started. To complete a set of tasks — like going through hoops and moving objects around the bottom of the pool — the ROVs had to be able to move up and down and left and right in the water.

“It is up to you to make that motion possible based on the placement of your motors,” Biersmith told the campers during their planning session. “When you’re building your ROV, you have to think about where your motors are going to fit so that your ROV can move around in the water.”

With movement key, the campers came up with a large range of designs. There were taller models built like skyscrapers with legs, and cube-shaped models with perfectly symmetrical motor placement. There were as many different designs as there were teams.

“What’s great about this project is that there was no one right answer,” Biersmith said. “The campers had to use the engineering design process and think critically to come up with a plan that would work, and they all ended up with different solutions. Some of their initial prototypes didn’t work perfectly. But, just like in the real world, they refined their design based on their observations and made improvements to their ROVs.”

"Our goal is to send campers home to their counties excited about greater involvement in 4-H, and, hopefully, the Tech Takeover Days help focus some of that excitement toward STEM-related opportunities," said Chariie Wurst, Extension 4-H Specialist for Camping and Natural Resources.

For more information about how Georgia 4-H is preparing students for careers in the STEM fields visit www.georgia4h.org/. 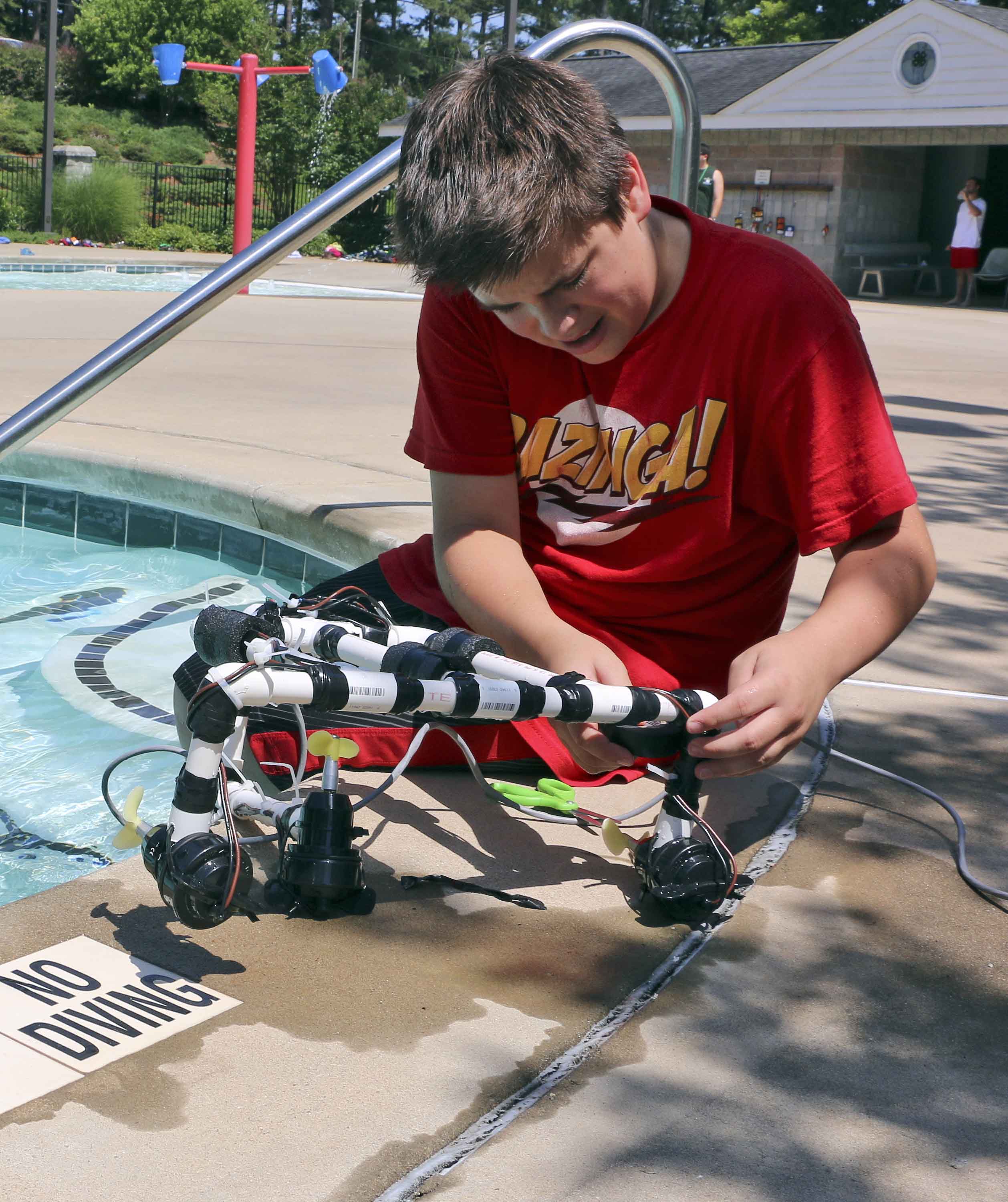 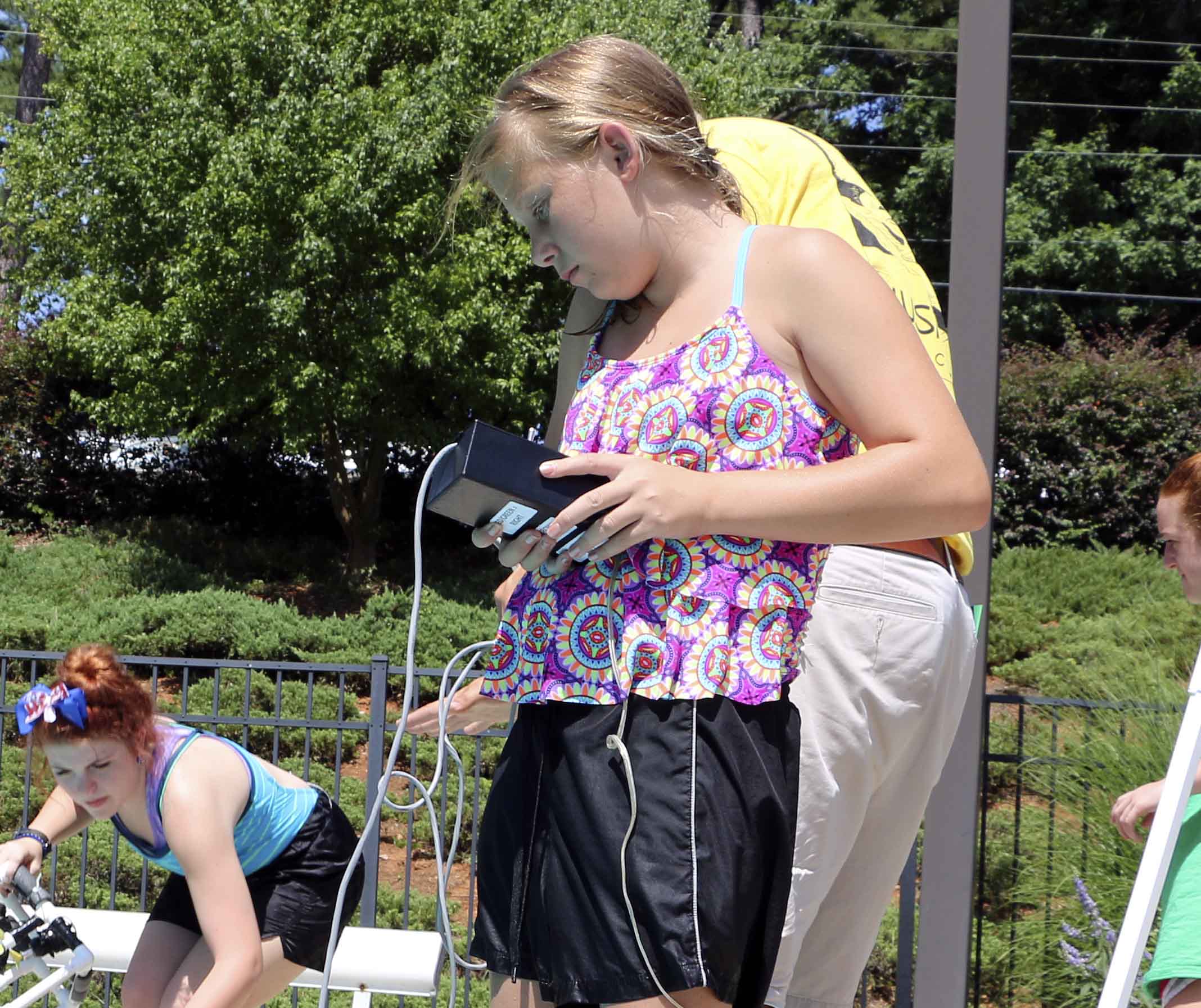