If you’ve driven down the road alongside an overgrown fence or forested area in north Georgia lately, you were likely overwhelmed with a combination of fragrance from wild Japanese honeysuckle and Chinese privet. Many people assume they are native because they are so common, but neither one belongs on this continent. Both originated in Asia and were introduced to North America in the 1800s for ornamental uses in landscaping.

The success of these plants, growing literally everywhere, is attributed to the fact that they have prolific, seedy berries that are consumed and disseminated by birds. You will find them growing along almost every fence in Georgia because that’s where birds like to perch.

Chinese privet is a large, semi-evergreen shrub that can grow 15 to 20 feet high. The thicket-forming shrubs can be found along bottomland forests, fences, flood plains, river edges and open field edges, where they crowd out native plants and trees.

Because privet grows so quickly, it was introduced as a landscape shrub and commonly planted as a privacy hedge. Occasionally, you will still find both plants still sold at garden centers. These varieties also grow aggressively if left unpruned.

The tiny white flowers of Chinese privet are formed in clusters along the tips of the branches. Privet flowers are extremely fragrant. Some people find the odor pleasant, while others find it overpowering. The fragrance is so strong and distinct that it can be detected from inside a car traveling at 55 miles per hour.

Another invasive plant that has left an indelible mark on Georgia’s landscape is Japanese honeysuckle. As children, we would pick the flowers while waiting at the school bus stop and bite off the stalks to sip the nectar. The leaves of honeysuckle are semi-evergreen, hairy, rounded and smooth along the edges. The first leaves of the season often show a lobed edge.

Honeysuckle flowers are white, pink or pale yellow in color with an extremely sweet fragrance. There are also native honeysuckle species that are less aggressive. Native honeysuckle are usually distinguished by having a more reddish stem and hairless leaves.

Japanese honeysuckle vines can climb as high as 80 feet into forest canopies and form a dense ground cover. Honeysuckle’s dense growth crowds out native vegetation and reduces the variety of native plants available for wildlife. The vines strangle, stunt or kill native trees.

Because privet and honeysuckle are so common and admired for their flowers, most people don’t realize their dark side as invasive weeds. A recent issue of National Geographic magazine stated, “Invasive species are the second greatest threat to worldwide species extinction – second only to habitat destruction. The devastation caused by non-native, invasive organisms is one of the most serious and least-recognized tragedies of our time.”

There’s no turning back for those invasive species that are already here. For information about controlling these and other invasive plants, go to invasive.org/eastern/srs. 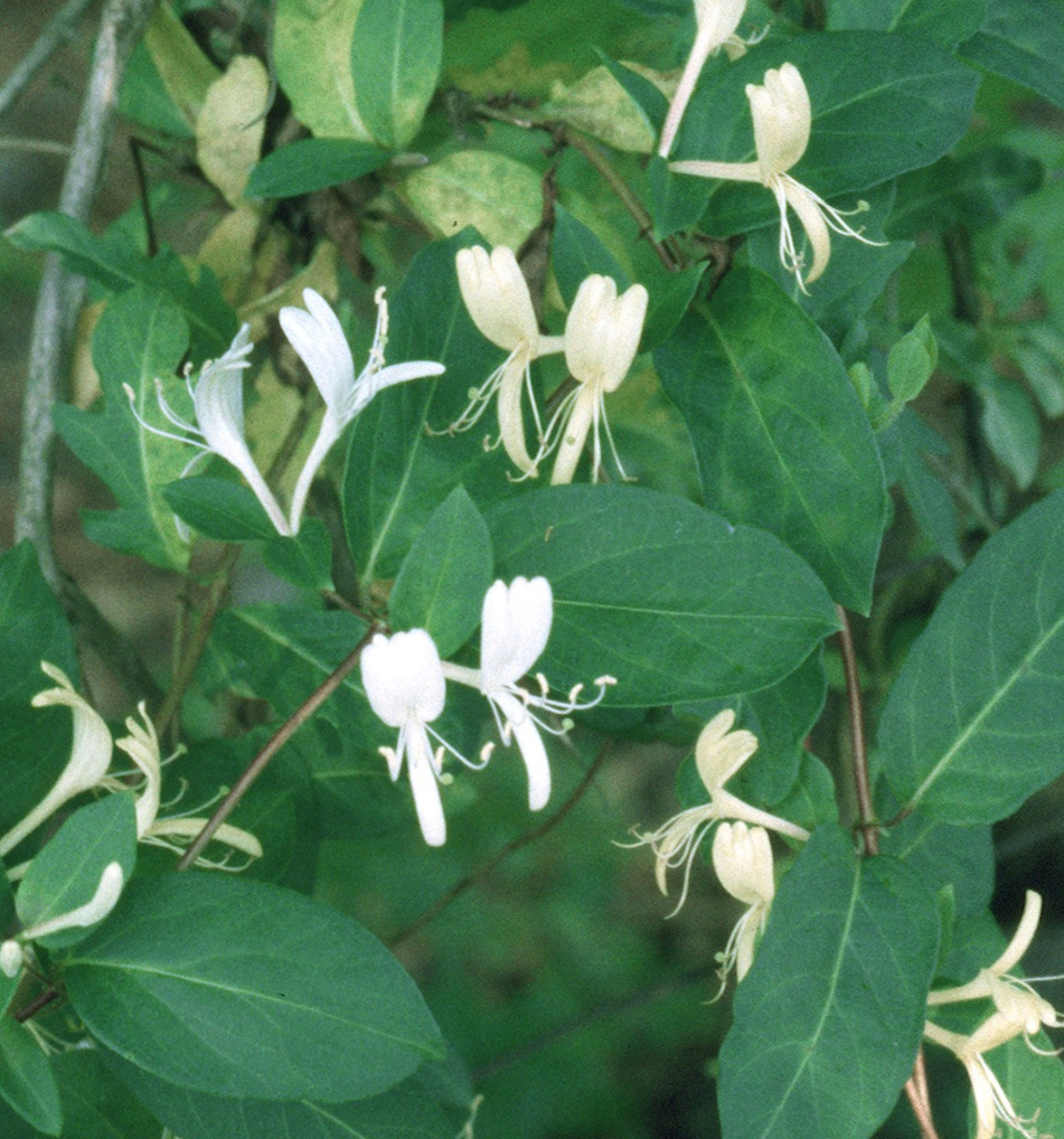 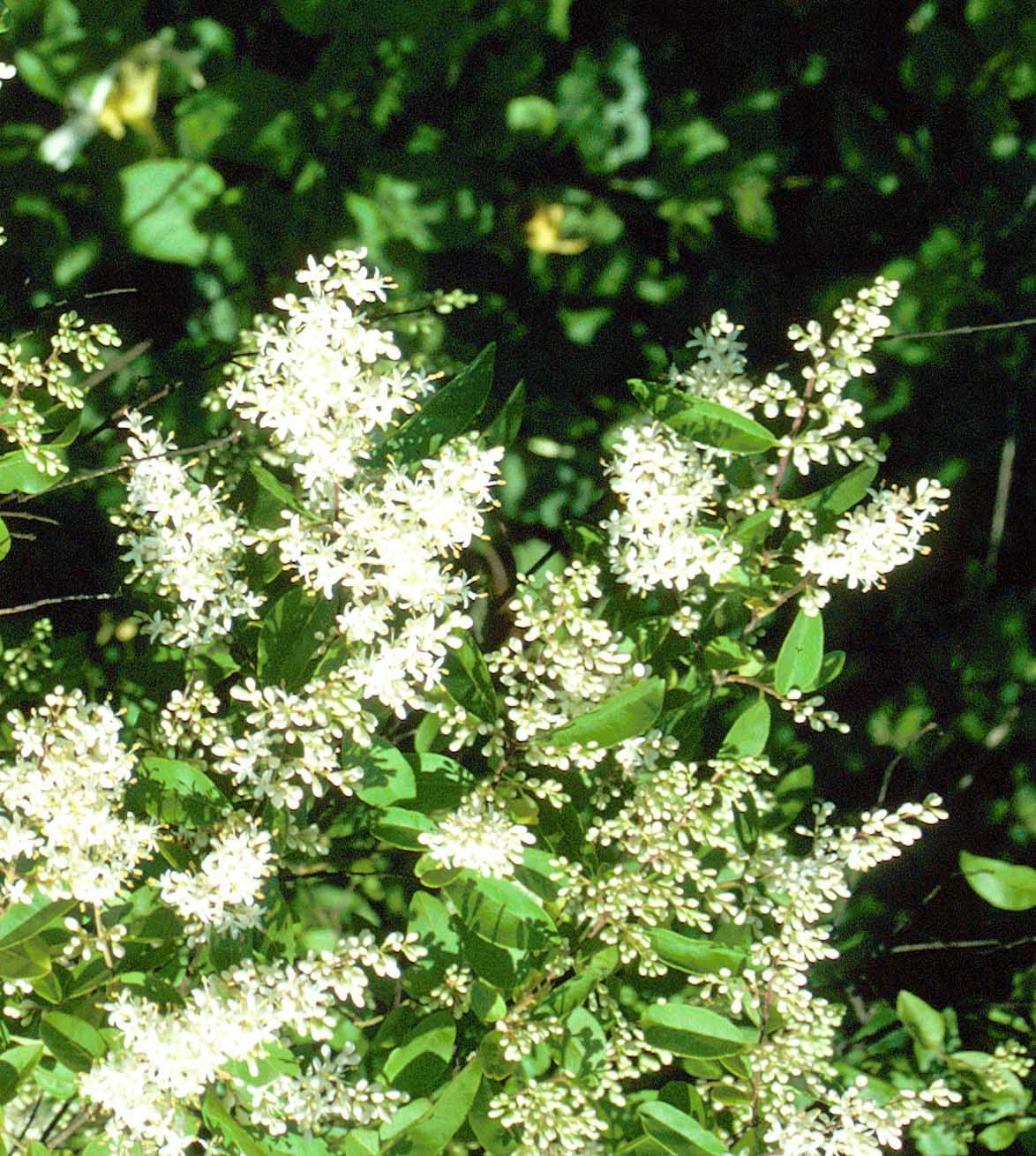