A “green superfood” is making its way into the mainstream and into the fields of southwest Georgia farms, according to a University of Georgia vegetable expert.

In the past, kale has been grown for use as a garnish for salad bars. Increased consumer demand in connection with its many health benefits has Georgia farmers planting, and selling, more of the leafy green, said University of Georgia Extension horticulturist Tim Coolong.

“Consumer demand has increased, so large growers have been asked to grow it,” Coolong said. “They can sell what they’re growing, and because of the demand, they can sometimes market it at a higher price point than other greens. If consumers demand it, growers will grow it.”

Kale is typically grown like other greens, making it easy for existing growers to incorporate it into their farming systems, he said. Kale has a similar flavor to traditional greens, and there are multiple ways to prepare it. Its growing popularity is linked to its perceived health benefits, according to Coolong.

“Researchers have focused on the impact of lutein levels in kale, with some studies showing that a lutein-rich diet, featuring vegetables such as kale, can help slow macular degeneration along with a number of other positive health attributes,” Coolong said. “Although many associate high levels of carotenoids with more colorful vegetables, kale has long been known to have abundant levels of carotenoids, among the highest levels of all vegetables.”

According to the National Institutes of Health, dietary carotenoids are thought to decrease the risk of disease, particularly certain cancers and eye disease.

“Leafy crops are good to eat, and other greens can be just as nutritious as kale,” Coolong said.

Judy Harrison, UGA Extension food and nutrition specialist, says kale has been grown for centuries, but its resurgence is due to a greater emphasis on healthy diets.

“I think the emphasis on eating more fruits and vegetables and including a variety of these in our diets has helped people rediscover kale,” she said.

Kale is a member of the cabbage family, contains no fat or cholesterol and is low in sodium. It provides an abundance of vitamins A and C, which Harrison says help ensure bodies work properly.

“Increased intakes of fruits and vegetables may help prevent obesity and may help to reduce risk of chronic diseases, like Type 2 diabetes, cancer and cardiovascular disease,” she said.

With such a high demand placed on kale, UGA College of Agricultural and Environmental Sciences researchers are evaluating a wider selection of varieties that growers may plant.

Seed supplies of some of the more traditional varieties have been short due to the increase in popularity, Coolong said.

“We’re still working on the variety trials,” he said. “Some new selections are working well, but we have only a few seasons of data.”

To incorporate kale in your diet, Harrison suggests adding it to stir-fry, using it as a smoothie ingredient or baking kale chips. 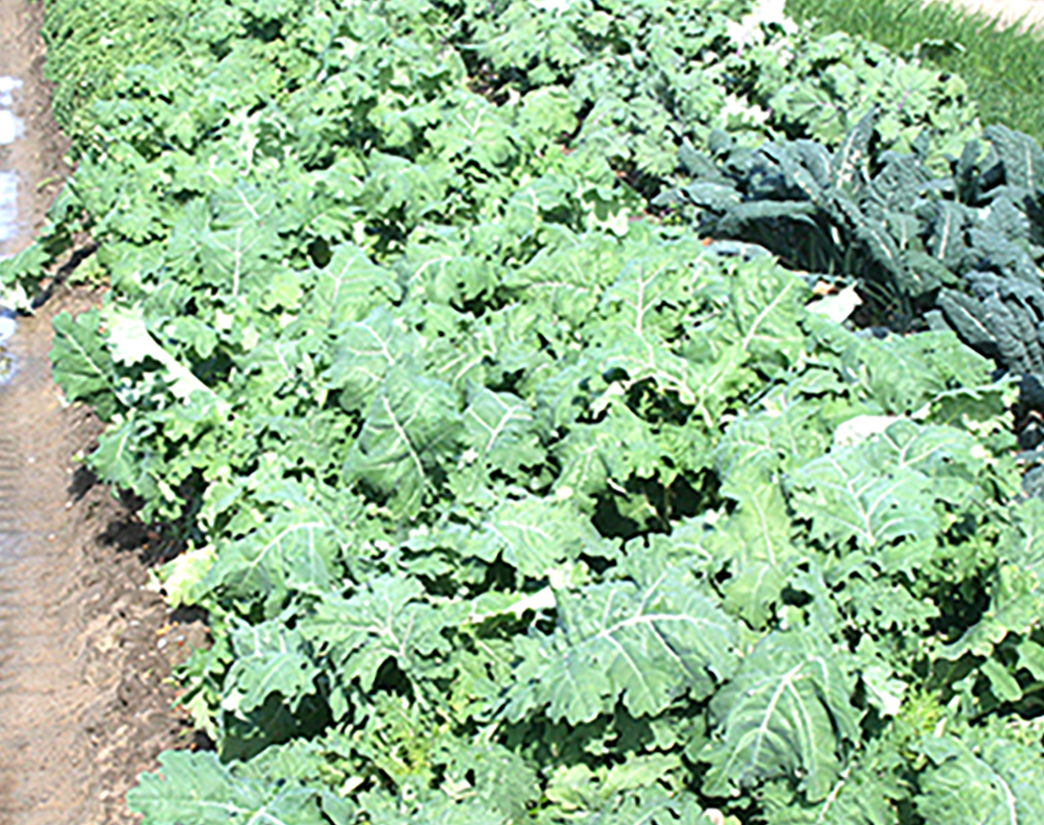