Well-maintained pastures prevent erosion, protect water and, as it turns out, can restore the soil’s organic matter much more quickly than previously thought, according to a team of researchers from the University of Georgia and the University of Florida.

Soil contains the largest terrestrial reservoir of carbon. Tilling fields every year to plant crops releases soil carbon into the atmosphere. It’s been known for a long time that transitioning cropland to pastureland where livestock grazes replenishes the soil’s carbon, but their study showed that the process can be much more rapid than scientists previously thought.

“What is really striking is just how fast these farms gain soil organic matter,” said Aaron Thompson, associate professor of environmental soil chemistry at UGA and senior author on the study. “In less than a decade, management-intensive grazing restores these soils to levels of organic matter they had as native forests. These farms accumulate soil carbon at rates as fast as ever measured globally.”

The rate of carbon increase was so high in the first six years that by capturing the carbon in the soil, this could help offset the planet’s rise in atmospheric carbon dioxide. Converting to pastures managed using intensive grazing principles can capture up to 8 metric tons of carbon per hectare, or 3.6 tons per acre, per year in the soil. This makes the soils more nutrient-rich and allows them to hold more water.

The study, funded by the National Institute of Food and Agriculture and published in the May edition of the journal Nature Communications, tracked changes in soil organic matter on Georgia farms that had changed within the last six years from growing row crops to producing milk as grass-fed dairies.

On most North American dairies, hay and silage crops are cultivated in fields separated from the cows’ pasture and then fed to the herd as needed. But in management-intensive grazing, the cows spend 90 percent of their time out on pasture.

“We found that converting cropland to rotational grazing systems can increase soil organic matter and improve soil quality at rates much faster than previously thought possible in a system that sustains food production,” said the study’s lead author, Megan Machmuller, who worked on the three-year project as a doctoral student in UGA’s Odum School of Ecology. She is now a postdoctoral fellow at Colorado State University.

Management-intensive grazing, a practice growing in popularity among Southeastern dairy farmers and pasture-based beef cattle farmers, allows producers to efficiently use the nutrition provided in their pastures. In addition to emphasizing pasture quality and quantity for the cattle, these management-intensive grazing practices also feed the biological activity within the soil. This fosters the development of organic matter, thus capturing larger quantities of carbon that would be otherwise released into the atmosphere.

“These systems are proliferating throughout sub-tropical regions that allow year-round grazing—which increases their profitability. They could offer a rare win-win in land management—providing profitable food production with rapid soil restoration and short-term climate mitigation,” said study co-author Nick Hill, a professor of crop physiology at UGA.

“In Georgia, the number of pasture-based dairies has expanded rapidly since 2005. Many of these farmers are using pastureland that was once devoted to row crops,” said study co-author Dennis Hancock, an associate professor and UGA Extension forage specialist. “Once their pasture-based operations were up and running, they began reporting that they were seeing less need for fertilizer and irrigation in order to maintain their forage crops.

“The carbon accumulation in soils under pasture-based dairy production in Georgia has major implications in the Southeast, as it shows the ‘carbon footprint’ of these dairy systems is far more positive than previously thought.”

The team made additional soil quality measurements after hearing the farmers’ anecdotal evidence. They also found that after six years of management intensive grazing, the soil could retain 95 percent more nutrients and 34 percent more water. The impacts of this system on soil fertility and quality is potentially greatest for heavily degraded soils, like those in the Southeast.

Dairymen who farm sandy soils like we have in the coastal plain of the southeastern U.S. need all the help that they can get with these soil properties, according to Hancock. Often, having good soil organic matter and the benefits that come from it can be the difference between losing and making money.

Most future land use change is expected to take place in existing agricultural and pastoral lands, said study co-author Marc Kramer, an associate professor in the soil and water science department at the University of Florida.

“Emerging land use activities such as intensive grazing show what is achievable in terms of profitable farming with clear carbon cycle and soil fertility benefits,” he said. “It is the tip of the iceberg really.”

The study is available online at t.co/e0p4XUKw1e. Taylor Cyle, a master’s student in crop and soil science at UGA, was also a co-author.

To learn more about sustainable agriculture research at UGA, visit www.caes.uga.edu/topics/sustainag. For more on the Odum School of Ecology, visit ecology.uga.edu. 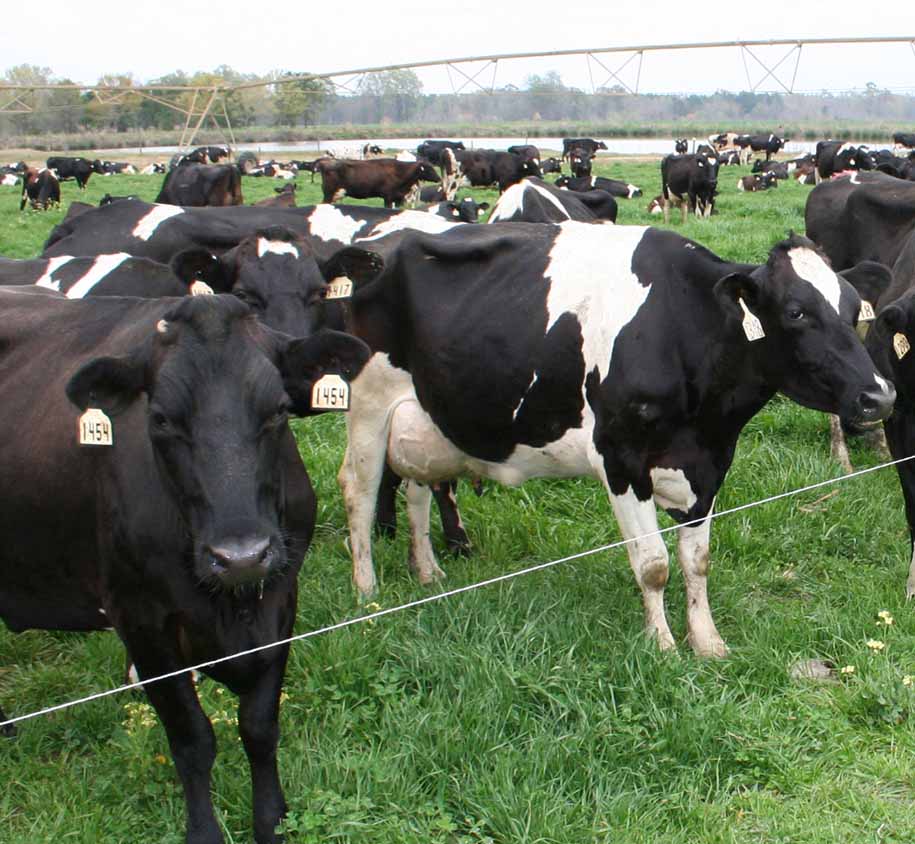