A University of Georgia entomologist is searching for a way to control tomato spotted wilt virus (TSWV) by studying thrips – the insect that carries the disease.

Thrips pass TSWV to crops, like peanuts and vegetables, when they feed on them. The virus reproduces and spreads throughout entire fields. It can dwarf plants and cause crop yields to be low or nonexistent.

UGA College of Agricultural and Environmental Sciences entomologist Rajagopalbabu Srinivasan is studying how the virus affects thrips in an effort to find new ways to control the virus.

Through transcriptomics, Srinivasan is trying to better understand the interaction between thrips and TSWV on a molecular level. He aims to understand how the virus changes the insect.

Transcriptomics is a technique aimed at studying gene transcripts expressed in an organism at a given point in time, Srinivasan said. He likens this research to taking a snapshot of the insect’s genetic and molecular changes caused by the virus. This allows Srinivasan to see what is happening to the organism in the hopes of identifying targets for non-traditional pest management strategies.

“We are still in the beginning stages of this research, but every year we find something new,” he said. “It will take many more years before we can identify specific targets and exploit them for management.”

Srinivasan uses the same approach to understand the impact of virus infection in virus-resistant and susceptible crop hosts. He has studied insect-transmitted plant pathogens for nearly 15 years and is continuing to make progress.

“We want to increase the production of crops to benefit Georgia growers and, at the same time, contribute to the development of science,” Srinivasan said.

Georgia vegetable and peanut farmers haven’t been as concerned about the tomato spotted wilt virus as they were in the late ‘90s – that is until last season, when UGA plant pathologist Bob Kemerait answered many TSWV questions from peanut farmers.

TSWV has not been eradicated and farmers should continue to use their best production practices to keep the disease at bay, Kemerait said.

“The fact that we’re seeing an increase in spotted wilt does not suggest to me in any way we’re going to go back to that period of time (the late 1990s). What it does do is point out two factors: the first thing is that the disease, which has been quiet for a number of years, has not gone away. It’s still there. Second, and more importantly, as growers plant more resistant varieties, they’ve become complacent in the production practices important to minimizing the risk, and they could get bit by this in the future,” Kemerait said.

Various management strategies are required to control TSWV, which is why it’s so difficult to contain, Kemerait said. Left unchecked, the disease can result in yield losses for growers. An estimated $9 million was lost in tomato and pepper production from 1996 to 2006 due to TSWV.

According to UGA’s Center for Agribusiness and Economic Development, Georgia’s farm gate value for tomatoes in 2013 was more than $50 million, more than $13 million for peppers and $500 million for peanuts. 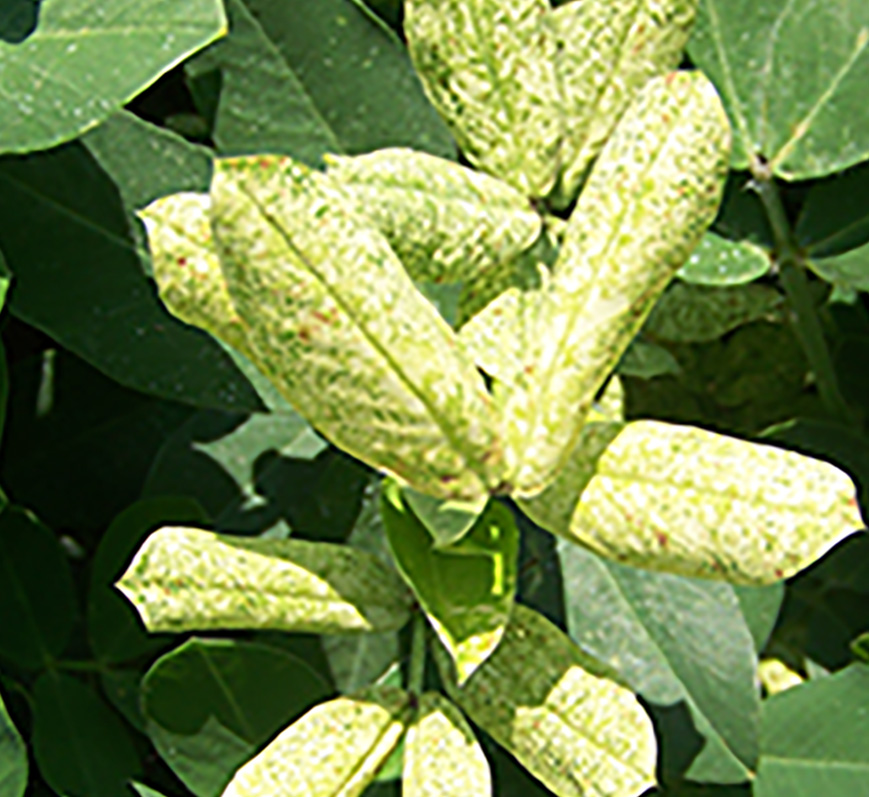