University of Georgia researchers have found a treatment that kills up to 70 percent of a disease that attacks blackberry plants.

Orange cane blotch is an algal disease that produces orange, yellow or sometimes green spots on blackberry plant canes. After the disease dies, the cane dries out and cracks, allowing infection by other diseases, such as cane blight.

“Plants can decline because of the algae, and other organisms can come in and kill the cane,” said UGA plant pathologist Phil Brannen. “That seems to be the biggest issue.”

“We know that the disease causes a loss of berries,” Taylor said. “Some Florida growers have been completely put out of business by the disease.”

During the fungicide trials that led to the discovery of the efficacy of ProPhyt, UGA researchers sprayed 13 fungicides on a commercial blackberry farm in Lanier County. The results, showing ProPhyt as the most effective, were distributed to local producers. Growers throughout the Southeast now use the fungicide.

Since discovering ProPhyt as an effective fungicide last year, orange cane blotch has been reduced by 60 to 70 percent throughout the Southeast, Brannen said.

Wet and humid conditions in 2013 were favorable for the disease. Last year, though, was much drier and the disease occurred two months later than it did in 2013. Brannen thinks the disease arrives in early spring when it’s wet, but infections can continue throughout the year.

“It is absolutely critical for growers to be able to control this disease,” Taylor said. “It’s a big problem and one of the more difficult diseases that blackberry growers have to manage.”

A team of UGA Extension agents plans to continue the research this growing season. Taylor, along with UGA Extension agents Eddie Beasley, in Berrien County, and Justin Shealy, in Echols County, want to better understand the pathogen and discover additional fungicide options should the disease become resistant to ProPhyt. The agents will also look for other chemicals to apply with ProPhyt.

As of 2015, ProPhyt is only labeled for two applications per year. Taylor said growers need to spray every two to three weeks.

“Extension agents are integral in helping to solve these kinds of issues,” Brannen said. “They have helped with the trials, applied the material and worked with growers to get good research. We’re all working together to solve the problem, and that’s what we need.” 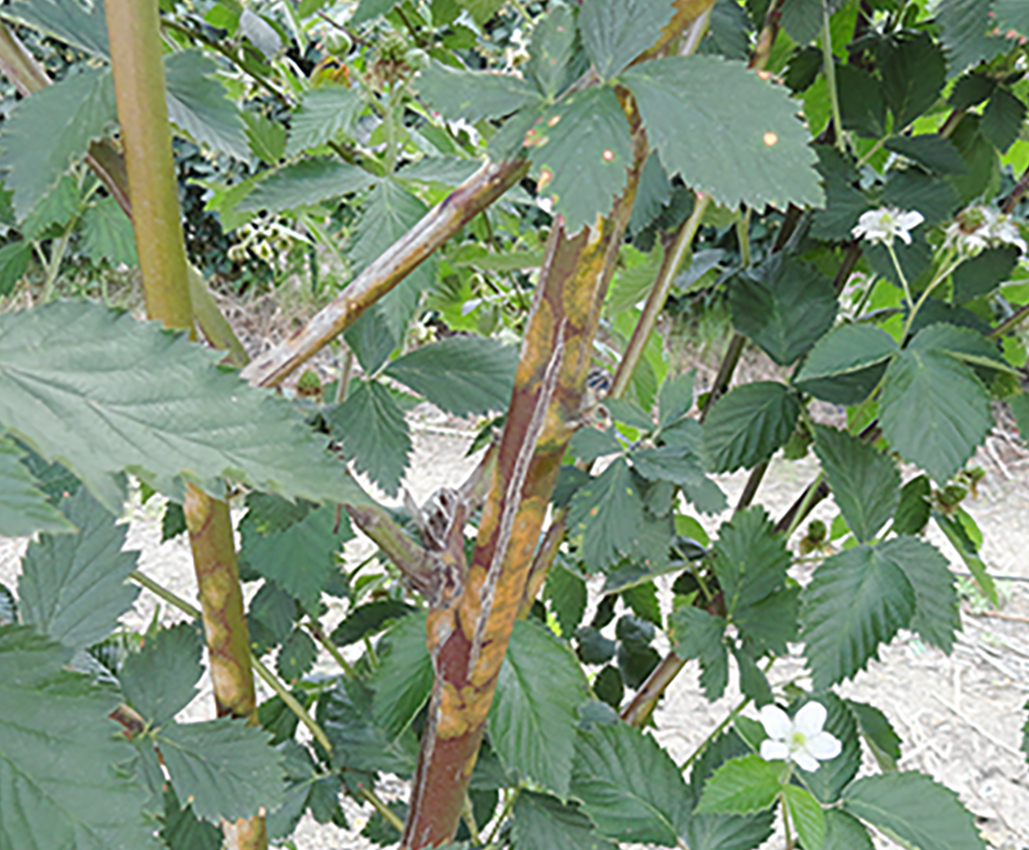