Morning glory is a long-standing nuisance weed that wraps around corn plants and chokes farm equipment. One University of Georgia weed scientist is helping corn producers find ways to contain the weed.

“I’d say, look first at what you’re doing and see if there’s a deficiency there, then what you could do that you’re not doing. We would encourage farmers to use as much atrazine as possible,” said Eric Prostko, a Tifton-based UGA Extension specialist.

Atrazine is a corn grower’s most effective management strategy in combating morning glory, though there are restrictions as to how much and when it can be used. Prostko said growers can use 1 quart at planting time and follow up with an additional 1.5 quarts later in the season up until the corn is 12 inches tall.

The problem that corn growers with major morning glory issues encounter is that atrazine does not provide residual control throughout the entire length of the corn growing season. In south Georgia that could be February through August.

Also, because corn is planted and harvested earlier than other crops, it dries out much quicker in the summer. This allows sunlight to reach the soil surface, enabling morning glory to emerge.

Prostko said corn growers are susceptible to a flush of morning glory weed late in the season because there’s not an herbicide to prevent it from coming up.

Morning glory vines wrap tightly around a plant and migrate laterally across the crop plant. This makes harvesting corn a struggle for farmers. Morning glories can also wrap around combine parts and stop the combine during harvesting.

“It can be a tremendous harvest problem. It may be, in some cases, impossible to go through a field with a combine that’s got a very bad morning glory problem,” Prostko said.

Hand-weeding is not an option because it’s impractical to pull weeds in July in 12-foot corn, he said. Based on his research, Prostko can offer farmers some alternatives.

“What we have seen is harvest aids being used. Products like Aim can be used to make the vines more brittle, so they’re more likely to break up in the combining process,” Prostko said. Harvest aids are applied about a week before harvest.

Another option is to pick the corn before morning glories become too much of a nuisance. Producers can allow the corn to dry out of the field, though that strategy requires added expense that some growers may not be able to finance, Prostko said. 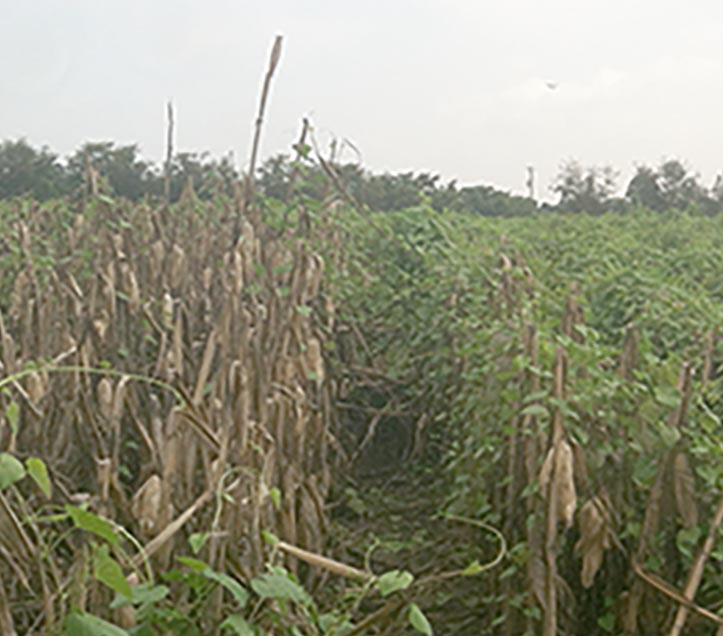 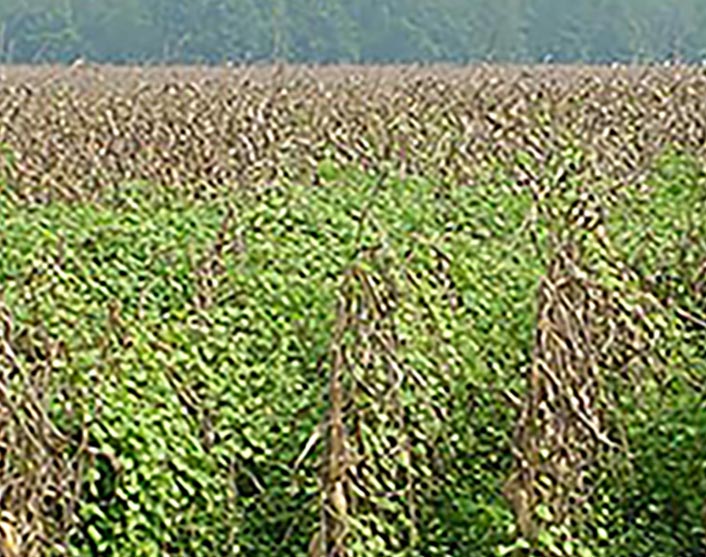