Retired University of Georgia blueberry horticulturalist Gerard Krewer worked for years to help get Georgia’s blueberry industry off the ground and, today, his contributions have been recognized with his own blueberry cultivar.

“Dr. Krewer worked tirelessly to serve the industry all of his career, and he introduced me to the blueberry industry,” NeSmith said. “He and I worked together on blueberries for more than 20 years. It seemed only befitting that Dr. Krewer be honored with a variety named after him. His legacy of service to the industry will last for years to come and is worthy of honor and emulation.”

The new cultivar produces very large berries that ripen relatively early for a rabbiteye variety, likely in late May to early June in south Georgia. The cultivar is perfect for pick-your-own farms, backyard gardeners and commercial blueberry operations, NeSmith said.

“I am deeply honored that a blueberry has been named for me,” Krewer said. “ I appreciate the great work that Dr. NeSmith is doing in carrying on the 70 years of tradition in blueberry breeding at the University of Georgia. He is making a big impact on industry with his new cultivars such as Rebel, Vernon and Suziblue.”

Krewer worked with south Georgia farmers to fine-tune the best production practices for blueberries in Georgia. He conducted the variety trials and mulch, fertilization and pruning research that have helped Georgia blueberry growers become the most productive in the nation.

Georgia’s blueberry acreage increased from less than 1500 acres to close to 20,000 acres between 1983, when Krewer became UGA Extension’s blueberry production specialist, and 2011, when Krewer retired. He had previously worked for UGA Extension as a county agent for several years in the 1970s.

Just released in late 2014, the Krewer has not been licensed by nursery growers, but it should be available soon. For more information about growing the Krewer cultivar, contact UGA’s technology commercialization office at (706) 542-5942 or check Georgia’s Integrated Cultivar Release System at georgiacultivars.com/cultivars/blueberries.

Merritt Melancon is a news editor with the University of Georgia College of Agricultural and Environmental Sciences.
Authors:
Merritt Melancon
Experts/Sources:
Scott NeSmith 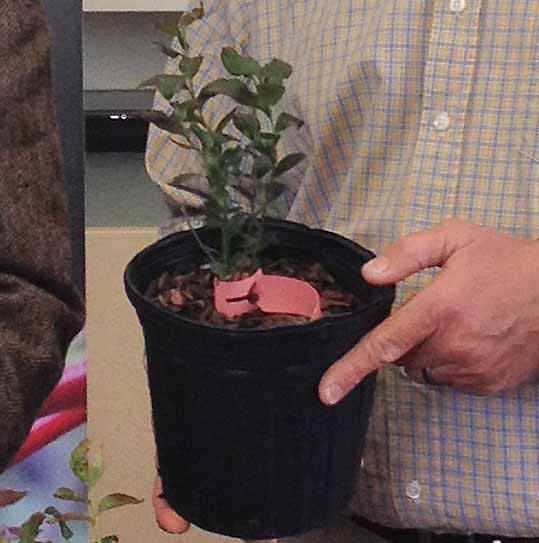