A small-town Georgia farmer, George Burke of Fitzgerald, counts his blessings for the much-needed assistance he received from the Georgia AgrAbility Project, a program that helps physically disabled farmers, ranchers and other agricultural workers.

This federally funded program is coordinated in Georgia by the University of Georgia College of Agricultural and Environmental Sciences and the Institute on Human Development and Disability in the UGA College of Family and Consumer Sciences.

Burke’s disability was discovered at an early age. After biting an apple and cutting his lip at age 5, Burke was diagnosed with hemophilia, a blood-clotting disorder that impacts his farming abilities.

“It’s more internal stuff,” Burke said. “When I get up in the morning, I’m sore from working hard the day before. The bleeding doesn’t stop. It continues to leak into the joints. It destroys the joints. It’s bone-on-bone rubbing.”

Burke, who planted his roots in Fitzgerald in 1987, works with goats and manages three hay fields as well as tends to many other crops, including peaches and blueberries. His disease places his health in peril when he attempts to feed his goats. In past feedings, Burke has been knocked down by the goats. With hemophilia, the recovery time from a fall is much longer than normal.

“As I go into the pen, they’re always crowding around to get fed,” Burke said. “They almost take your knees out. Sometimes I can be laid up for a couple of days just from getting hit.”

“They are portable, so he can move them to different pens with his tractor,” said Glen Rains, co-director of Georgia’s AgrAbility and a professor on the UGA Tifton Campus.

“They (the feeders) are not very complicated,” Rains said. “The main thing was having a source of funding, which is where Vocational Rehabilitation came in. We can work together to come up with ways to keep them (farmers/clients) farming with a disability.”

AgrAbility is funded by the U.S. Department of Agriculture and funding was just renewed for four more years.

(Jordan Hill is an intern with the UGA Tifton Campus.) 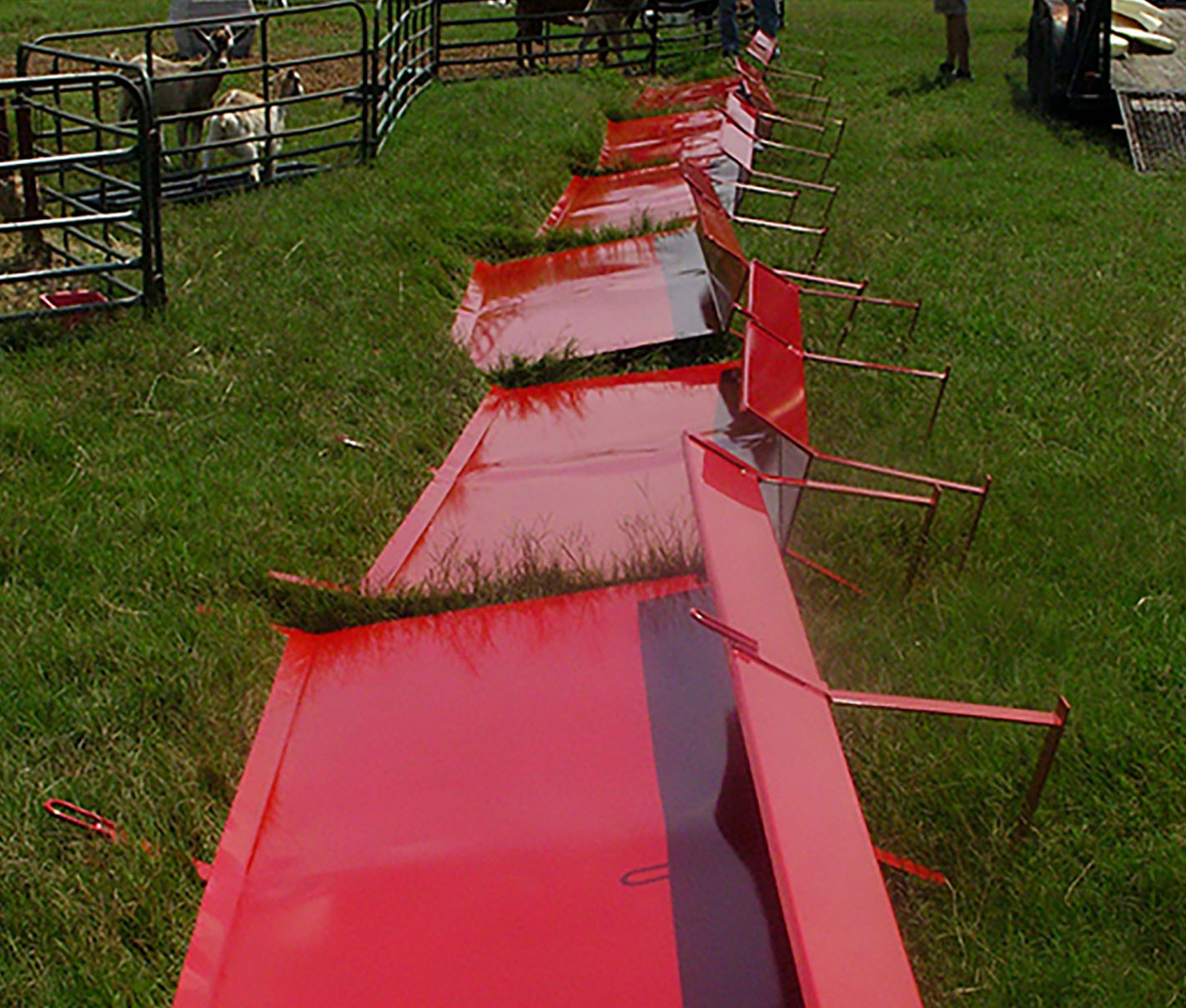