Studying overseas was an eye-opening experience for University of Georgia graduate student Camden Lowrance. Six months in Greece allowed Lowrance to work on his master’s thesis and to prove that he could more than survive — he could excel at his work — in a foreign country.

“That independence that comes from being completely immersed in a foreign culture and basically having to stand on your own two feet is a very important life trait to have,” said Lowrance, a student in the UGA College of Agricultural and Environmental Sciences (CAES). “It will help you succeed in anything.”

While in Greece, Lowrance designed a wireless sensor network that measures the amount of water used by grapevines. He worked with an open-source microcontroller, called an “Arduino,” and designed a method to interface the Arduino with a homemade sensor measuring water usage in grapevine stems.

“We placed the sensors throughout the field and we interfaced them with a base station attached to the cellular data networks there, so that we could monitor the field data in real time to see the real-time water status of the plant,” he said. “A lot of this is on the cutting edge of agriculture. I wanted to focus on making things as open and accessible as possible for other people to replicate the work. That was the real goal of the project.”

Lowrance successfully defended his thesis in November and will graduate with a master’s degree in crop and soil sciences this month.

The project was made possible by a grant that CAES professor George Vellidis received from the U.S. Department of Agriculture’s (USDA) International Science and Education Competitive Grants Program. Vellidis is a world-renowned agricultural engineer and Lowrance’s professor on the UGA Tifton Campus.

The USDA program promotes international awareness in American students and prepares them to compete in the global market, Vellidis said. The funding provided assistantships for three American students to travel to three partner universities in Europe and conduct their master’s thesis research there. Two of the three students were from CAES, including Jay Bevington, a former biological and agricultural engineering major, in addition to Lowrance. The other student was from Auburn.

“I knew I wanted to do something overseas,” Lowrance said. “Dr. Vellidis offered me the opportunity and it sounded like the right fit.”

Lowrance toured the country extensively during his time there. He traveled to multiple islands, including Vellidis’ island home of Kefalonia. Lowrance left Greece with an authentic experience of Greek culture.

“I enjoyed the Greek people. They’re very full of life and extremely open to foreigners,” Lowrance said. “I’d love to go back over there if I get a chance, but probably not for work, maybe for play.”

Vellidis was not surprised by Lowrance’s life-changing experience as he always notices a change in students when they return from studying abroad. “They come back with a feeling of self-assurance and self-confidence that they didn’t have before,” he said. 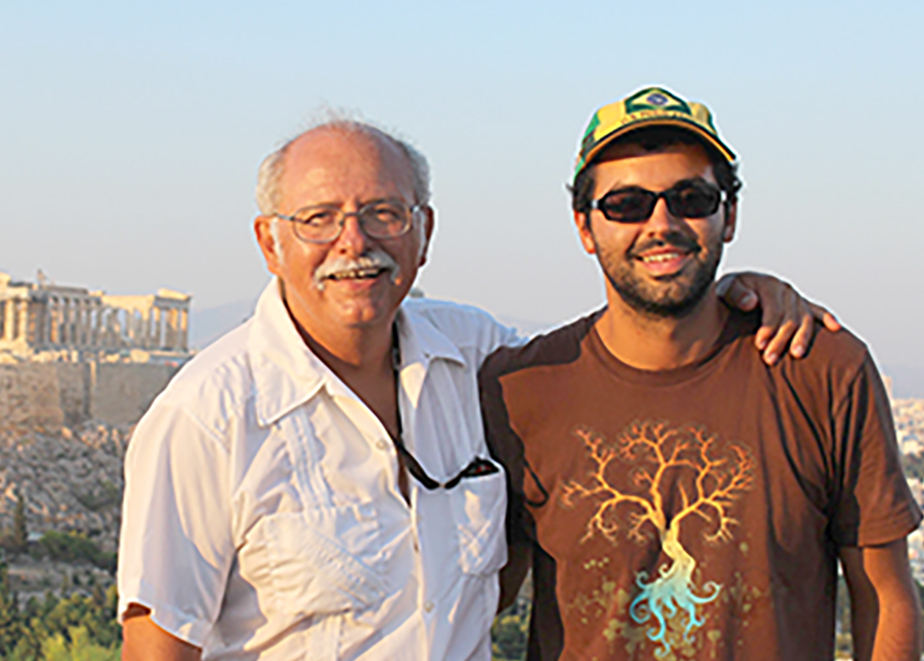