A new smartphone app developed by University of Georgia and University of Florida researchers will help cotton farmers in their states save one of nature’s most precious resources — water.

George Vellidis, a scientist with the UGA College of Agricultural and Environmental Sciences and an expert in precision agriculture and water resources management, developed the app to help cotton growers irrigate their crops based on local conditions.

The app, which was released on April 16, is free and can be downloaded at smartirrigationapps.org.

The app is programmed to use data from UGA’s Georgia Automated Environmental Monitoring Network (GAEMN) and the Florida Automated Weather Network (FAWN) to assess weather conditions that factor into irrigation needs. So, currently, it obviously works best in Georgia and Florida, Vellidis said.

Growers register a field on which they want to use the app by using their smartphone’s built-in GPS. The app then automatically locates the closest weather station.

“It’s best to begin using the app after the cotton has been planted. The app keeps a balance of how much water is in the soil by estimating how much water the crop uses daily and by adding rain and irrigation to that balance,” he said.

The app doesn’t tell farmers how much water to apply. It only recommends when the grower should irrigate. Cotton farmers use the most water when their crop is flowering and when the bolls are filling.

The new UGA app also notifies farmers when to take action so they do not have to check the app every day. In its first year, the app can now be used with center pivot irrigation systems. Later, the app will be updated to allow users to select between center pivots and drip systems.

“Early testing showed that this new app outperformed most other irrigation scheduling tools,” Vellidis said. “It was tested in many fields during 2013 and it tested well under a variety of conditions.”

Chris Beckham is a news writer working with the University of Georgia Tifton campus and the Tifton Chamber of Commerce.
Authors:
Chris Beckham
Experts/Sources:
George Vellidis 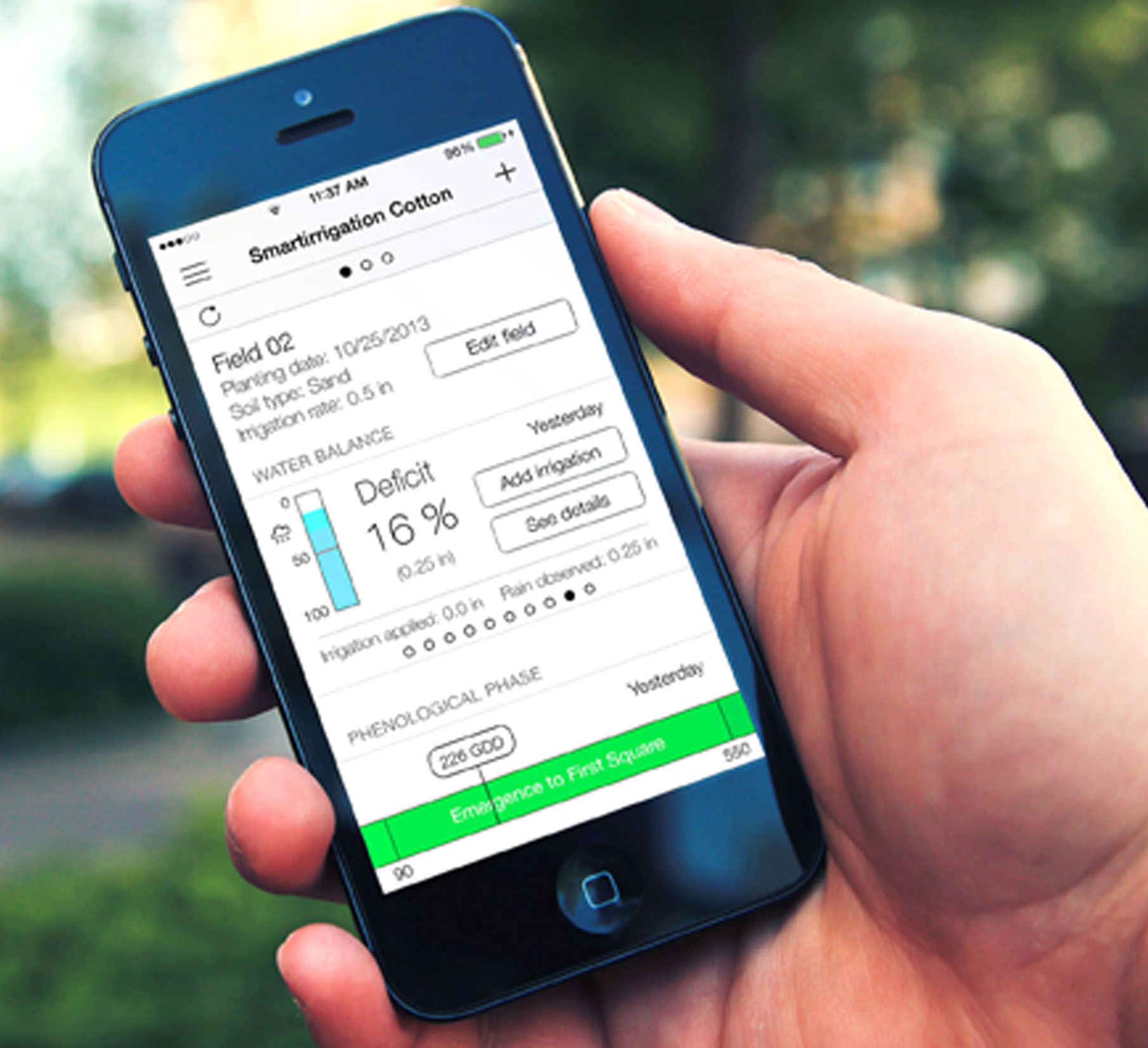 CAES News
Can tech save the world? Posted on 04/28/22 by Claire Sanders
Peter Zimmerli, Consul General of Switzerland in Atlanta, implored attendees to expand their thinking regarding technology and sustainability at the opening of the recent Cleantech Symposium at the University of Georgia. “Imagine a world where all humankind has access to sufficient food assured by sustainable agriculture. Imagine a world where we have technology that addresses these needs,” Zimmerli said.
Subscribe for Updates