Keith Delaplane, professor of entomology in the University of Georgia College of Agricultural and Environmental Sciences, has been inducted into the Most Excellent Order of the British Empire in recognition of his research into honeybees and their disappearance.

British Ambassador to the United States Sir Peter Westmacott presented Delaplane with the honor on behalf of Her Majesty Queen Elizabeth II on Feb. 11 at the British Embassy in Washington, D.C.

Induction into the Order of the British Empire is bestowed by the British monarchy on individuals who have demonstrated distinguished service to the arts and sciences and public services. Because Delaplane is not British, he received an honorary induction, reserved for non-British nationals who have made significant contributions to British interests.

Delaplane’s work, both at UGA and while working in Britain, has focused on honeybee health, preserving the dwindling population of honeybees and working to decipher the mystery of colony collapse disorder. In Georgia, he conducts a series of regional beekeeping and pollinator protection workshops and directs the UGA Honey Bee Program.

“The global impact of our work in agriculture and the environment becomes more evident every day,” said Dean J. Scott Angle of the College of Agricultural and Environmental Sciences. “Dr. Delaplane’s critical work to help save the honeybee, a vital part of the agricultural ecosystem, is a tremendous example of how our scientists are helping solve problems here and around the world.”

Delaplane has worked on and off in Britain since 2000. In addition to his UGA-based research program, he has worked as a program reviewer for the United Kingdom Natural Environment Research Council. Over the past 14 years, he has given support to local and national beekeeping associations throughout the U.K., where he is well known for his scientific and educational outreach work. He was instrumental in the formation of the Institute for Northern Ireland Beekeepers, and in 2012 and 2013 he was a visiting sabbatical scientist at the U.K.’s National Bee Unit in York, England, where he and his British colleagues conducted research on honeybee pollination, health and breeding.

“This is an honor I never saw coming,” Delaplane said. “I am grateful to Great Britain and her people for the many rich experiences they have given me, both professionally and personally. I hope this recognition signals many more years of collaboration between bee scientists across the pond.” 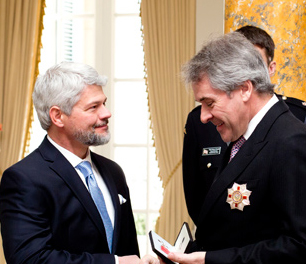 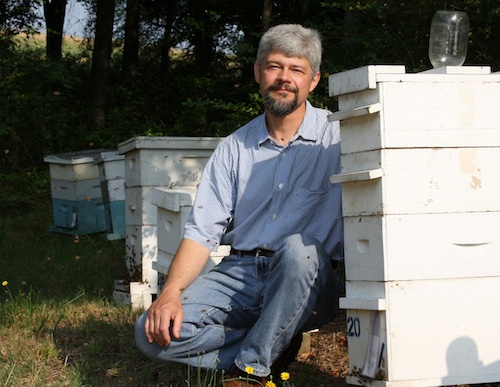