Malian agricultural delegation returns to the University of Georgia

An agricultural delegation from the Republic of Mali braved the snow this week to visit the University of Georgia and meet with faculty and administrators.

The visit represented a renewal of the partnership between the UGA College of Agricultural and Environmental Sciences and the people of Mali, which was first established in 2006.

“The purpose of the visit is to foster more cooperation between the agricultural and educational organizations in Mali and scientists here at UGA,” said CAES Dean J. Scott Angle. “We are excited to work with our counterparts in Africa to help foster development of agricultural practices here and overseas.”

This was the first visit to the United States for Mali’s agriculture and economic development officials since Mali re-established a democratically elected government in 2013. While the country has a long, productive history of working with the U.S. Agency for International Development and UGA, those relationships were suspended following a coup in March 2012.

Representatives of Mali’s government — including current delegation members Ousmane Coulibaly of the Malian Ministry of Rural Development, and Mamadou Dougakoro Coulibaly, project coordinator for the Ministry for Livestock, Fisheries and Food Security — were touring UGA when the coup occurred in Mali.

With the Malian government overturned, its president in hiding and the country’s international airport closed, the Malian visitors were temporarily stranded in Georgia. UGA and its Malian counterparts re-established communication a few days after a new democratically elected government came to power in Sept. 2013.

Two years after the coup, representatives of Mali’s animal health and production agencies, diplomats and economic development officials returned to Athens this week to pick up where the 2012 delegation left off.

The Malian delegation visited the International Production and Processing Expo in Atlanta on Tuesday before traveling to Athens on Wednesday. In Athens, they visited with administrators from the UGA CAES and UGA Extension.

Faculty and staff in the CAES Office of Global Programs, the Agricultural and Environmental Services Lab and the college’s departments of agricultural and applied economics, animal science, crop and soil sciences, and poultry science tailored the group’s tour to highlight emerging technologies that could be used to help solve some basic agricultural problems in Mali.

“We are collaborating on agricultural problems in Mali, but at the same time our experiences will benefit the agriculture industry of Georgia,” said Ed Kanemasu, CAES assistant dean of international affairs and director of global programs.

In addition to the governmental delegation, 17 private poultry farmers from Mali will also visit Georgia this week. Eight attended the IPPE event in Atlanta Jan. 28-30. Nine others will attend the International Poultry Short Course, a five-day course that covers modern broiler live production and processing and is sponsored by UGA’s Department of Poultry Science, held in Athens Jan. 31-Feb. 4.

Mali, a landlocked nation in Northwest Africa, has a population of about 16 million people. The country’s economy is built around agricultural exports and gold mining, with the bulk of cotton, millet, rice, corn and vegetable production centered in the southern half of the country. The northern portion of the country borders the Saharan desert. About 80 percent of the population works in agriculture, according to the U.S. CIA’s World Fact Book. 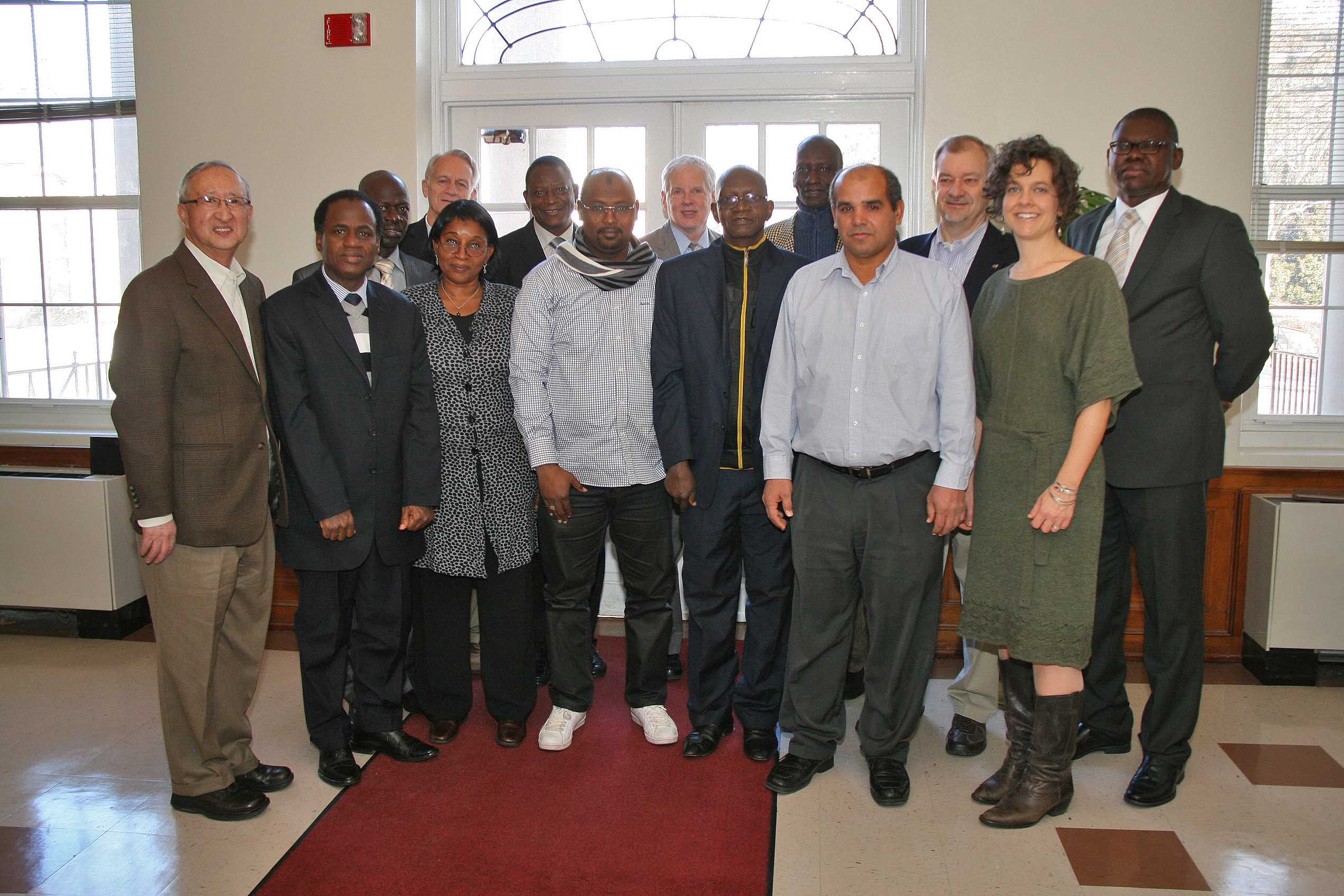 CAES News
Reusing poultry litter can reduce antibiotic-resistant Salmonella 09/27/22 Emily S Davenport
When many of us hear about bacteria, we associate it with illness. But certain bacteria can be helpful in preventing disease, not causing it. For example, consuming probiotics, or beneficial bacteria, to improve gut health has risen in popularity in recent years, both for human and animal wellness.

CAES News
Larry Guthrie receives Georgia Farm Bureau Commodity Award 09/20/22 Jordan Powers
In one of Larry Guthrie’s earliest memories, he’s running across a field, proud to show off the bit of milk he’d collected in a dirty, old pail. Despite receiving a scolding from his mother for not using a clean bucket, Guthrie was hooked. As his father’s dairy operation grew, so did his passion for the industry.
Subscribe for Updates