Fall turfgrass interseeding and overseeding: not one in the same

Fall is rapidly approaching, and homeowners will soon be interseeding or overseeding their lawns.

Interseeding is the practice of seeding the same species into itself to increase lawn thickness and recover lost grass. For example, tall fescue is interseeded into tall fescue in the fall to improve the overall quality of the lawn, which may have declined through the summer stress period. Different cultivars may be used, but the turfgrass species should be the same.

Core aeration is a common practice prior to interseeding, particularly in tall fescue. The benefits include exchanging soil and air, relieving compaction, increasing water filtration and improving planting or seedbed conditions.

The second species can compete with the permanent species for light, water, space or nutrients, so overseeding can become an additional stress during green-up in the spring. Of the warm-season turfgrasses, bermudagrass is best adapted to and most tolerant of overseeding. Grasses that only have stolons and no rhizomes, like centipedegrass and St. Augustinegrass, should not be overseeded.

Overseeding selection involves selecting grasses that are suited to particular needs. Annual ryegrass has been replaced by perennial ryegrasses because of improved turf quality, color, stress and pest tolerance, and manageability. “Intermediate" ryegrasses tend to perform as the name implies – somewhere between annual and perennial ryegrass. Unfortunately, most are more like annual ryegrass, not half way between the two.

Use certified (blue tag) seed that is free of weed species to maintain quality turf. Use seed treated with fungicides, like Apron, particularly for early fall overseeding since seedling blight diseases can be a problem.

Proper timing of overseeding should result in a gradual transition from the warm-season turf to the cool-season turf. Overseed when soil temperatures are approaching 75 degrees F at a 4-inch depth, night temperatures fall into the 50s, average, midday temperatures are in the mid-70s or two to for weeks before the average, annual, first-killing frost date.

Insure success by having good soil to seed contact. Prepare the seedbed by closely mowing or scalping with some light, vertical mowing. Then blow, sweep or vacuum loose plant debris from the soil surface. Generally, the more the turf is opened, the better the establishment rate and the more competitive the cool-season turf will be in the spring. Seed that germinates in thatch or above the soil surface is more likely to dry-out and die.

After dragging the seed into the soil, lightly water to maintain good surface moisture and get the seed to germinate. Irrigate three to five times per day until the seedlings are well established. The total amount of water applied during a day would seldom exceed half an inch. Irrigate without causing puddling on the soil surface, as extra water encourages disease. After germination, gradually reduce the frequency and increase the time of irrigation until a normal irrigation program can be established.

Begin mowing when seedling height is 30 percent higher than desired. Use a mower with sharp blades and mow when the grass is dry to reduce seedling injury. Use a rotary-type mower for the first mowing to insure seedlings are cut and not ripped. Transitioning to a reel-type mower after the second or third mowing will produce a high-quality appearance.

Fertilize after seedling emergence (generally three weeks after seeding). Earlier fertilizing may encourage warm-season turf competition. One pound of nitrogen per 1,000 square feet per month is adequate. Use a soil test report to find out how much phosphorus is needed.

For more information on how to manage turfgrass lawns in Georgia, see the UGA turfgrass website www.GeorgiaTurf.com.

Clint Waltz is a Cooperative Extension turf specialist with the University of Georgia College of Agricultural and Environmental Sciences. 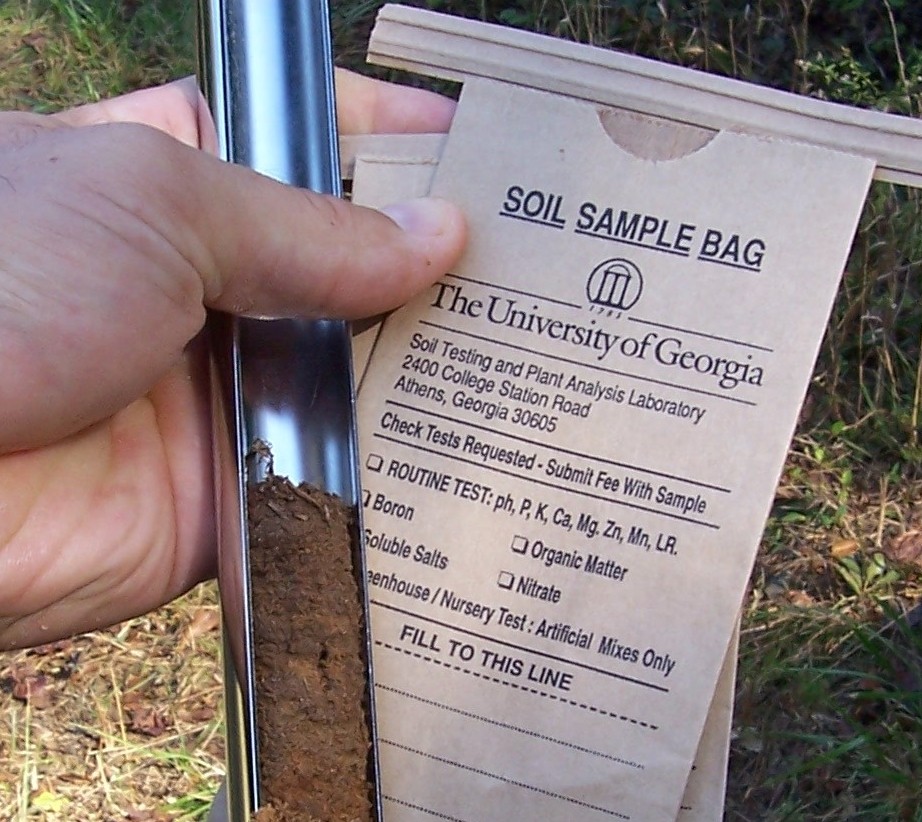 CAES News
Healthy plants start with healthy soil 01/02/23 Emily Cabrera
The winter months are a great time for gardeners to start catching up on projects they have postponed or to begin planning crop rotations and ordering seeds for the upcoming year. One of the most critical steps to ensuring a productive growing season is to test and prepare the soil, as it will be the foundation that your plants — and success — depend upon.
Subscribe for Updates