UAVs could soon be helpful tool for farmers

Unmanned aerial vehicles could soon be a soaring success for Georgia farmers.

University of Georgia cotton and peanut researchers in Tifton are excited about the prospect.

“You’ve really got to be able to keep up with the technology to stay in business,” said Glen Harris, a UGA Cooperative Extension soil scientist who studies cotton,peanuts and other crops. “We have less growers running more acres. They’re really utilizing all kinds of technology to keep up.”

The next stage in technological advancement may lie with unmanned vehicles.

Unmanned aerial helicopters used to take images of cotton and peanut research were featured at the Sunbelt Expo grounds in Moultrie on Aug. 20. Harris and fellow UGA peanut team members John Beasley and Scott Tubbs attended to discuss the possible use of unmanned aerial vehicles in agriculture.

Although this technology will not be available for commercial use until 2015, the idea of taking aerial photographs of various research plots is an exciting proposition for Harris.

“It’s amazing how much in the last 20 years technology has changed. A lot of people think we’re farming like we did 100 years ago. That’s far from the truth,” Harris said. “You think about having this technology to fly over your cotton field to pick up early nitrogen deficiency and low potassium deficiency, and even if we can’t tell the difference between the two, we can go out there and figure out which one it is. The earlier you can detect it, the better chance you have of fixing it.”

Harris said the technology would have been especially helpful in diagnosing problems in this year’s cotton crop. “We had a lot of cotton this year that, by the time we realized what (problems) were going on, it was probably too late to fix,” he said.

Unmanned aerial vehicles would allow farmers to see early images of their crops and detect any stand issues that might arise early in the planting season. Producers could also look at issues like inoculant failure or why a section of a field might look more yellow than others. If a picture shows additional green images between rows, the farmer can determine whether it’s a sign of weed problems, which can be addressed early in the planting season.

When Beasley became a scientist in 1985, he says “precision agriculture” wasn’t even a concept. “These technologies are amazing. Take this imagery with this ability for unmanned flight, combined together, that’s what I think is exciting,” Beasley said.

Unmanned aerial vehicles would allow farmers to detect diseases and identify low stand counts at a much quicker rate. The vehicles are a much more precise way to discover issues with a crop, Harris said.

“You can’t cover every foot of (a field) walking through it,” Harris said. “I’ve worked cotton 20 years, but I probably could miss something out there without (the overhead camera).”

The project has been researched at the Sunbelt Expo grounds in Moultrie this year, with five acres devoted to peanuts and cotton, each. 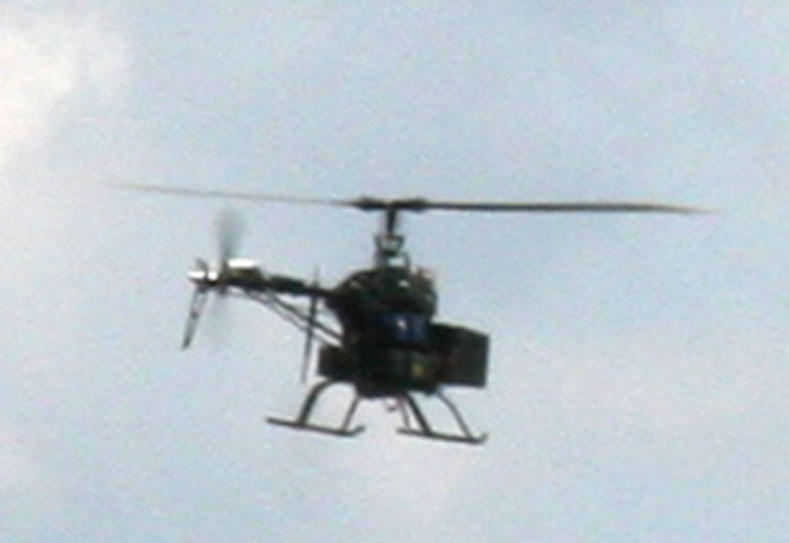 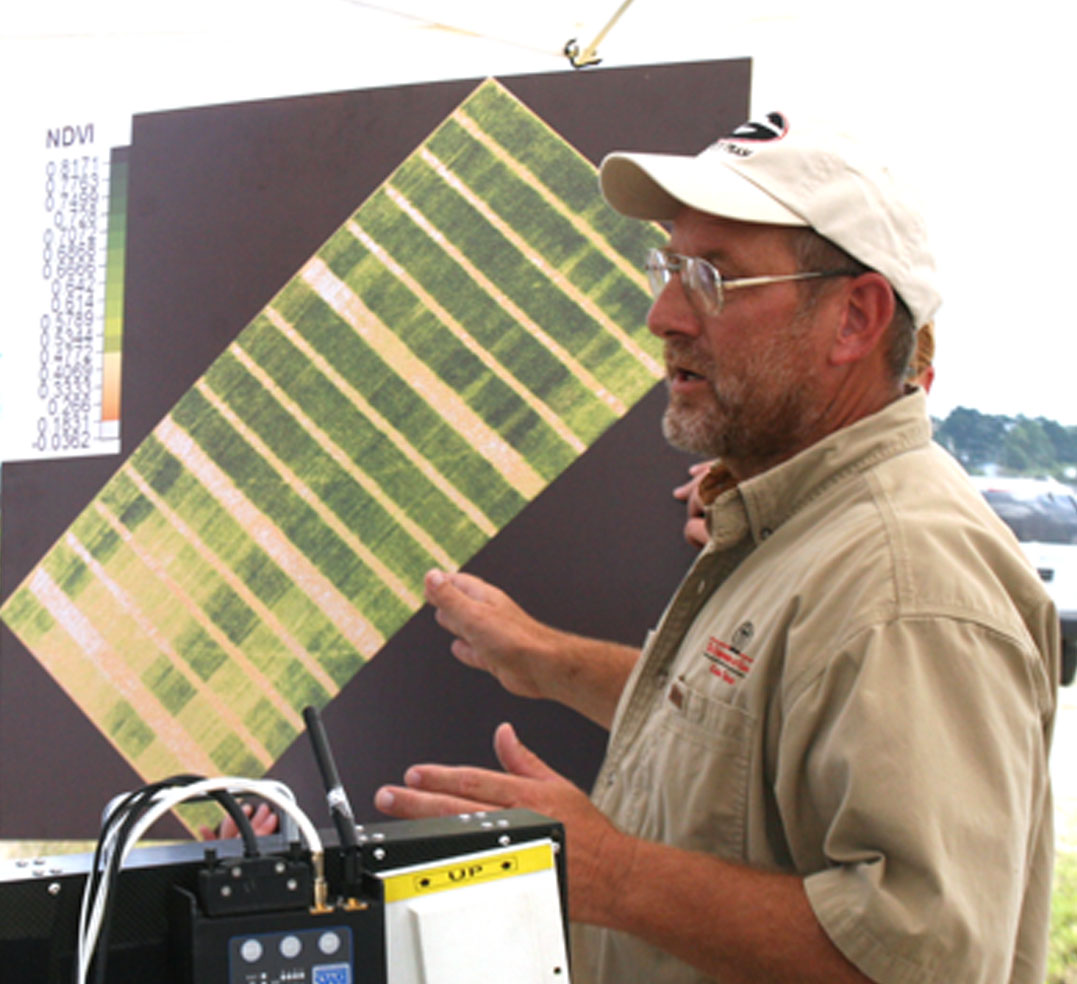 CAES News
CAES partners with Kelly Products to launch new methane reduction initiative Posted on 04/12/22 by Maria M. Lameiras, Jordan Powers
In the decades since Keith Kelly graduated from the University of Georgia’s College of Agricultural and Environmental Sciences with a degree in agricultural economics, he has built a diversified slate of agricultural businesses encompassing 17 distinct brands. Now Kelly is applying his agricultural knowledge and Kelly Products Inc. to a new initiative to combine leading-edge technology with the expertise of UGA’s Department of Animal and Dairy Science.
Subscribe for Updates