A team of University of Georgia researchers has been able to reduce container nurseries’ water usage by 70 percent, as a result of new breakthroughs in computer-linked soil moisture sensors.

Georgia’s green industry was estimated to use about 54 million gallons per day in 2010, when UGA researchers calculated water use numbers as part of the state’s strategic water resources planning efforts.

Any reduction in the amount of water needed to grow nursery plants is good for the state’s water supply. But these technologies also provide growers with the ability to grow healthier, hardier plants with less work, said Paul Thomas, a horticulture researcher and professor with UGA Extension.

Nursery growers have used moisture sensors in their operations for years with mixed results. The emergence of more-precise, moisture-monitoring probes and more sophisticated data logging systems are now allowing growers to monitor their greenhouses and nurseries on a crop-by-crop basis.

“It’s giving growers a plant’s-eye-view of what they need,” Thomas said. “Since plants can’t talk, these sensors can tell us what they need.”

Thomas worked with UGA horticulture professors Marc van Iersel, Matthew Chappell and John Ruter, as well as collaborators from around the country, to create an automated nursery irrigation system that is now being tested in several nurseries across the state.

Their work, funded by a $5.2 million USDA grant, focuses on creating an economical system that could realistically be adopted by nursery growers. What they came up with — a system linking state-of-the-art Decagon Devices, Inc. sensors with irrigation controllers that are accessed over the Internet using a computer or smartphone — successfully works in nurseries where it’s already in place.

“Georgia’s nursery and greenhouse industry is economically important in Georgia, with a farm gate value of $490 million a year,” van Iersel said. “For the industry to continue to prosper, more efficient production practices are needed. Optimizing irrigation is a critical step in doing so. It not only reduces growers’ inputs, but can also improve their bottom line. And at the same time, it helps to conserve Georgia’s water resources.”

Because of increased plant production and a decrease in the amount of water, fertilizer, pesticides and fungicides needed by the plants, the systems typically pay for themselves in a year. One grower was able to recoup his investment in a month, because of a 156 percent increase in annualized profit.

The sensors in the system are placed in a few pots of each crop. There they feed real time moisture information to the irrigation controller. The grower programs a different moisture threshold for each crop. When the soil moisture dips below that point, the irrigation system delivers water to the crop until optimal soil moisture is reached, shutting off automatically.

“Watering is one of the most time consuming things we do,” said Will Ross, head grower at Evergreen nursery in Statham, Ga., where UGA researchers tested the system. “If you don’t water your plants, of course, they die. If you water them too much, they die. We have 9 acres in production here and trying to monitor all of that irrigation is challenging.”

Using the sensors and computer-controlled irrigation systems eliminates over-watering, a major cause of plant disease. It also reduces the amount of fertilizer wasted and washed into storm drains and sewer systems.

“It is very difficult for many growers to optimize irrigation for any one crop (for example daylily), given the large number of crops produced, because most crops are irrigated using a timer-based system,” Chappell said. “It is a constant guessing game for the growers, especially in years with excessive rainfall.

The UGA researchers say this is where soil moisture-based irrigation controllers are very beneficial. The systems know when it has rained and only irrigate when soil moisture is limited.

"In some cases this year, with the use of soil moisture-based irrigation controllers, crops are only being irrigated every 5 to 10 days instead of every day," Chappell said.

In addition to reduced input and water costs, this kind of system also reduces labor costs, freeing up workers for other tasks. “You’re not wasting your day opening and closing valves,” Thomas said.

Giving plants the precise amount of water they need has also been shown to increase the rate at which they grow, allowing nursery managers to produce more plants during their growing season.

The researchers’ next step will be to link the current moisture sensor system with sensors that can detect soil fertility. This will allow the sensors to be used so that fertilizer can be applied with the same precision.

For more information about this project, visit www.smart-farms.net. 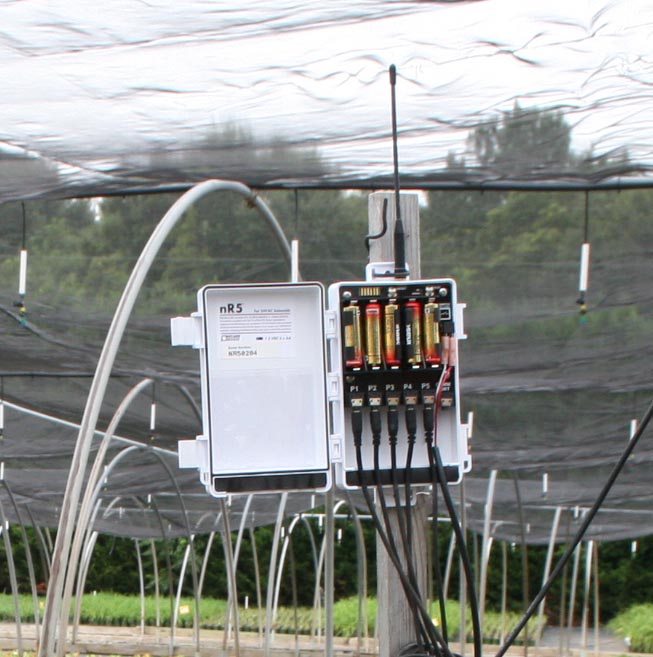 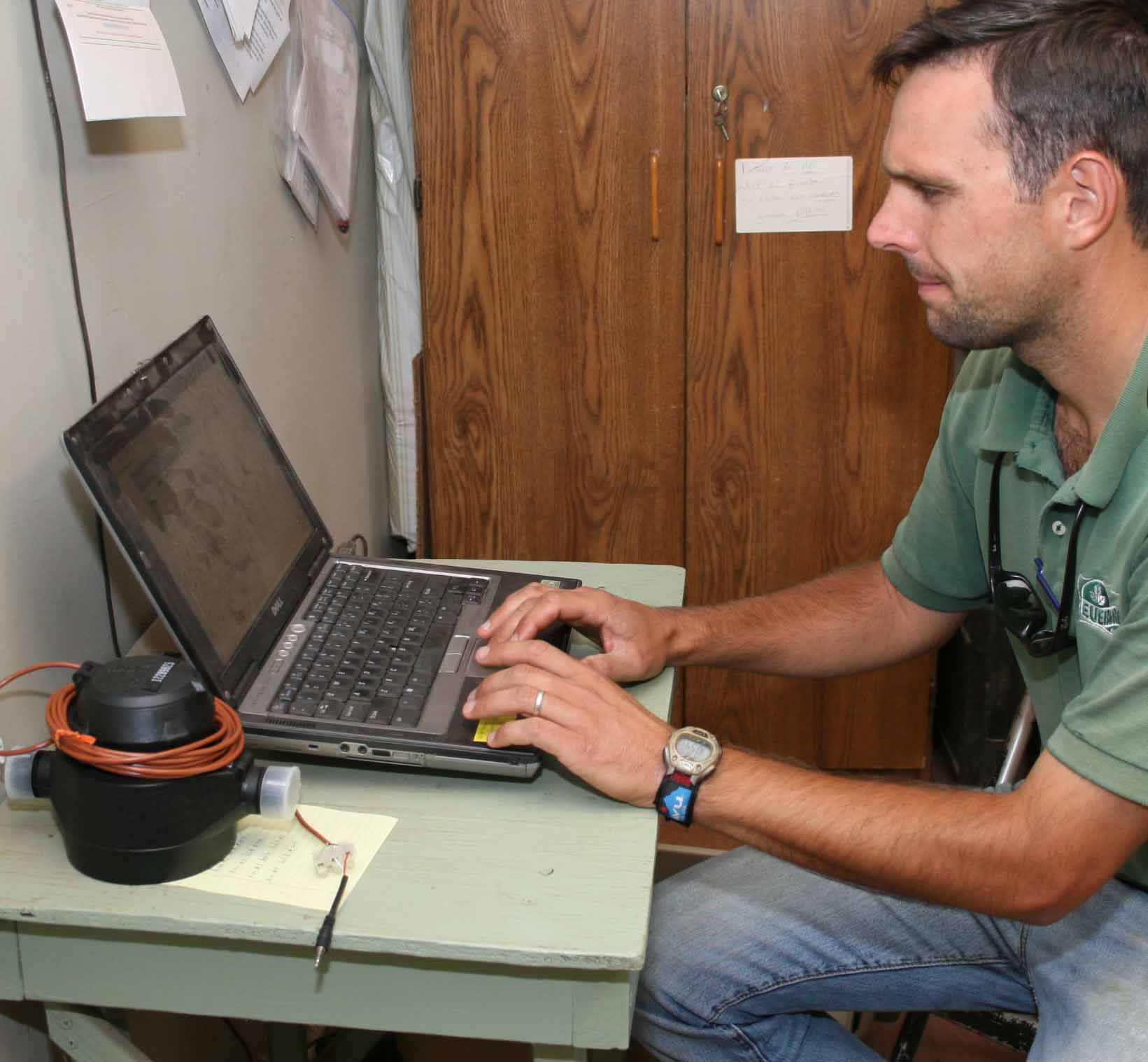 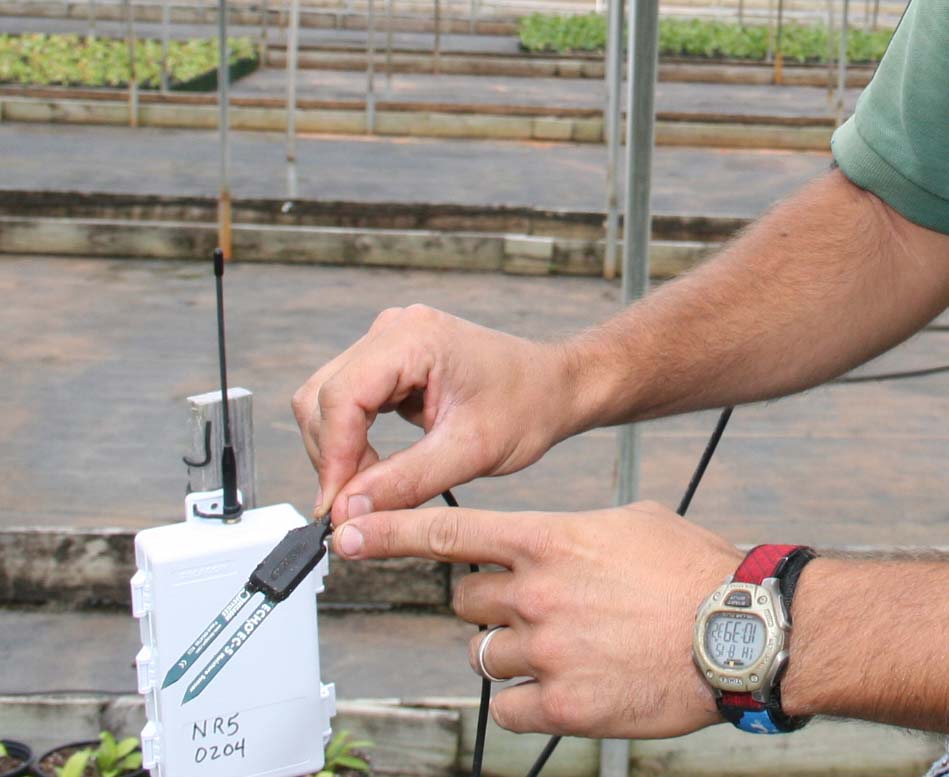