May weather delays planting by a few weeks

May was wet, cool and cloudy throughout most of the state. That wet, cool weather kept the soil too wet to plant in some areas, while fields were too dry in others.

In either case, Georgia farmers found their planting schedules delayed until the end of the month.

North Georgia was very wet, with areas north of Atlanta receiving 5 inches more than normal over the course of the month. The southwest corner of Georgia was well below normal, however, receiving 3 inches less rain than normal.

Minor flooding was seen mid-month in northern Georgia where soils were saturated from the heavy rain. Roads and water lines were affected in some areas, leading to “boil water” advisories in a few locations.

Despite the rain, cooler weather helped to reduce the amount of severe weather Georgia saw in May. Severe weather was reported on five days; however, all but one of the reports was for scattered wind damage. A May 21 report described nickel-sized hail near Jackson in Butts County.

By the end of May, soil temperatures warmed enough for most planting to proceed, and soil moisture levels decreased in northern Georgia, allowing farmers to enter their fields and finish planting. The wet conditions in the north fostered lush growth of hay but caused some disease problems in small grains. Dry conditions in the south caused delays in planting due to lack of needed soil moisture.

Overall, the crops were delayed by about two to three weeks due to the spring weather across Georgia. 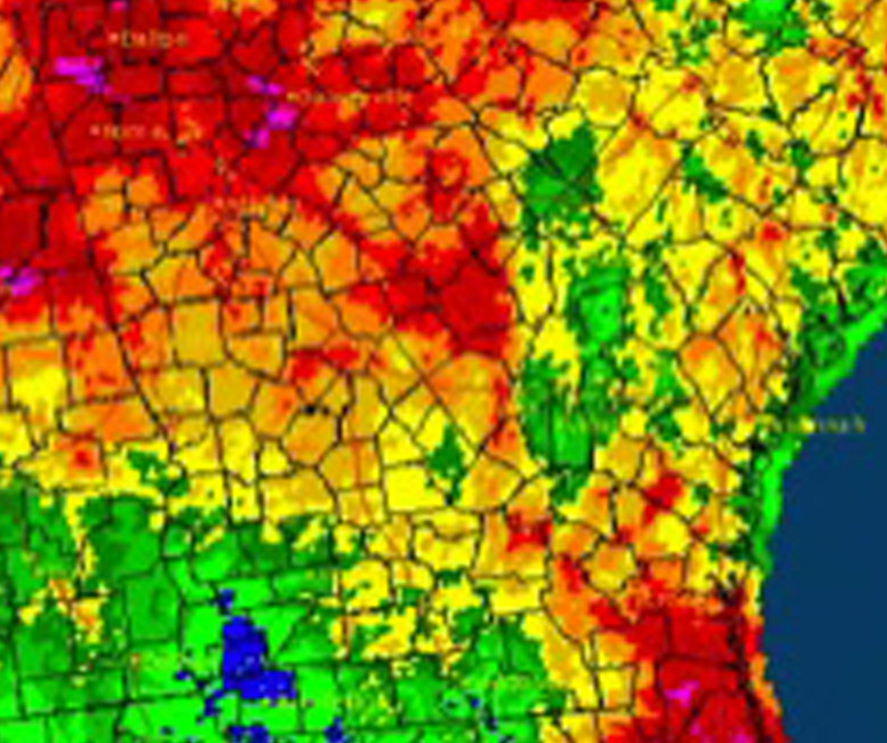