After weeks of anticipation, insect watchers are getting the show of a lifetime as the Brood II periodical cicadas emerge from the soil in the north Georgia mountains. University of Georgia entomologists are hoping to use the public’s interest in this year’s emergence as a chance to research and better map the range of the cicadas.

The undulating, seven-kilohertz song of thousands of 17-year cicadas has been reported in Cleveland, Helen and Georgia’s Unicoi State Park as well as in wooded areas from the southern Appalachia to Connecticut.

“If you’ve never been to an area where they are emerging, it is something to see,” said Richard Hoebeke, an associate curator for arthropods at the State of Georgia Museum of Natural History. “These things are flying everywhere, and the noise they make is just terrific.”

UGA entomologists are asking Georgians to collect any intact cicada bodies they find on the ground and send them to the museum.

The Georgia Museum of Natural History has an international collection of cicadas ranging in size from smaller than a pinkie fingernail to some Southeast Asian species that are the size of the palm of a hand, all in a rainbow of colors.

They also have representatives of several of the broods of 13- and 17-year periodical cicadas, including specimens dating back to the 1930s.

However, they don’t have any Brood II cicadas from Georgia. Having specimens from this brood “would help us document this emergence in Georgia,” Hoebeke said.

When people find a cicada carcass, they should take note of where and when they found it. Whole specimens will be included in the museum’s collection of arthropods, which now spans hundreds of thousands of individual insects and spiders.

While there were reports of isolated populations of past Brood II cicadas showing up in the 1970s, some entomologists were initially unsure whether Brood II cicadas would emerge in Georgia, said Nancy Hinkle, a professor of entomology with the UGA College of Agricultural and Environmental Sciences. Georgians are more accustomed to looking for members of the Great Southern Brood, which emerges every 13 years and last put on its show in 2011.

Each brood of cicadas is made up of multiple species of cicadas. All the members of the species in the brood emerge when the soil temperatures in their geographic area reach the mid-60s.

Brood II cicadas spend their first 17 years underground, sucking nutrients from tree roots. They exit the soil as nymphs and shed their skin within about 48 hours, transforming into their rigid adult stage.

Once they emerge and shed, their only goal is to meet other cicadas and mate. That’s where their tremendous noise-making capabilities come in handy.

Only the male cicadas can vibrate their tymbals—thin membranes on the sides of their abdomens—to make the signature cicada buzz.

“The females comment on the sound of the male cicadas by clicking their wings,” Hinkle said. “But, it’s hard to hear.”

Cicadas pose no threat to humans, crops or other animals. They don’t bite, and they’re not poisonous. Pet dogs and cats, as well as birds and raccoons, usually gorge themselves on the insects as they start to emerge.

Scientists have seen, in extreme cases, the insects damage trees when they insert their eggs into the bark of a tree’s twigs and branches. This damage is usually only seen in young trees playing hosts to hundreds of cicadas and is not typical.

Annual cicadas all emerge later in the summer and peak in August and September. The periodical cicadas usually are only around until the beginning of July in Georgia.

“To think that someone who is a child now will be an adult and maybe have children of their own the next time these cicadas emerge is pretty special,” Hinkle said. “You only get maybe a half dozen chances in your life to see these creatures.”

Members of the public who find cicada bodies should send them to Richard Hoebeke, Georgia Museum of Natural History, Natural History Building, University of Georgia, Athens, Ga. 30602-7882. For more information on the museum, see naturalhistory.uga.edu. 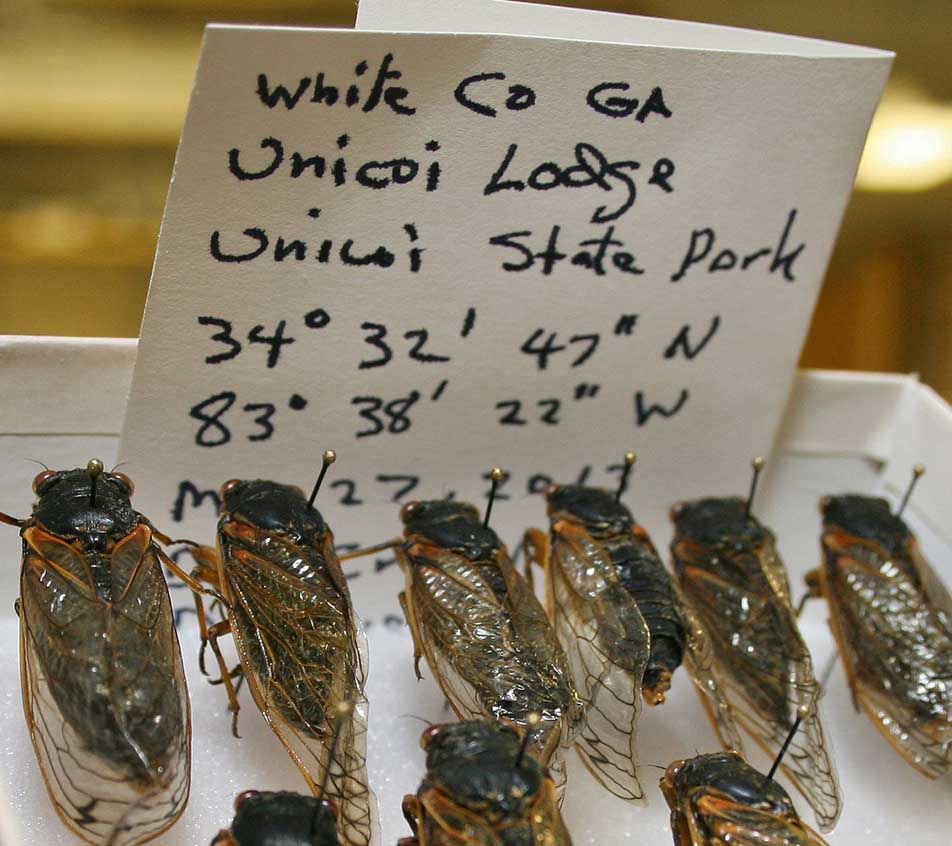 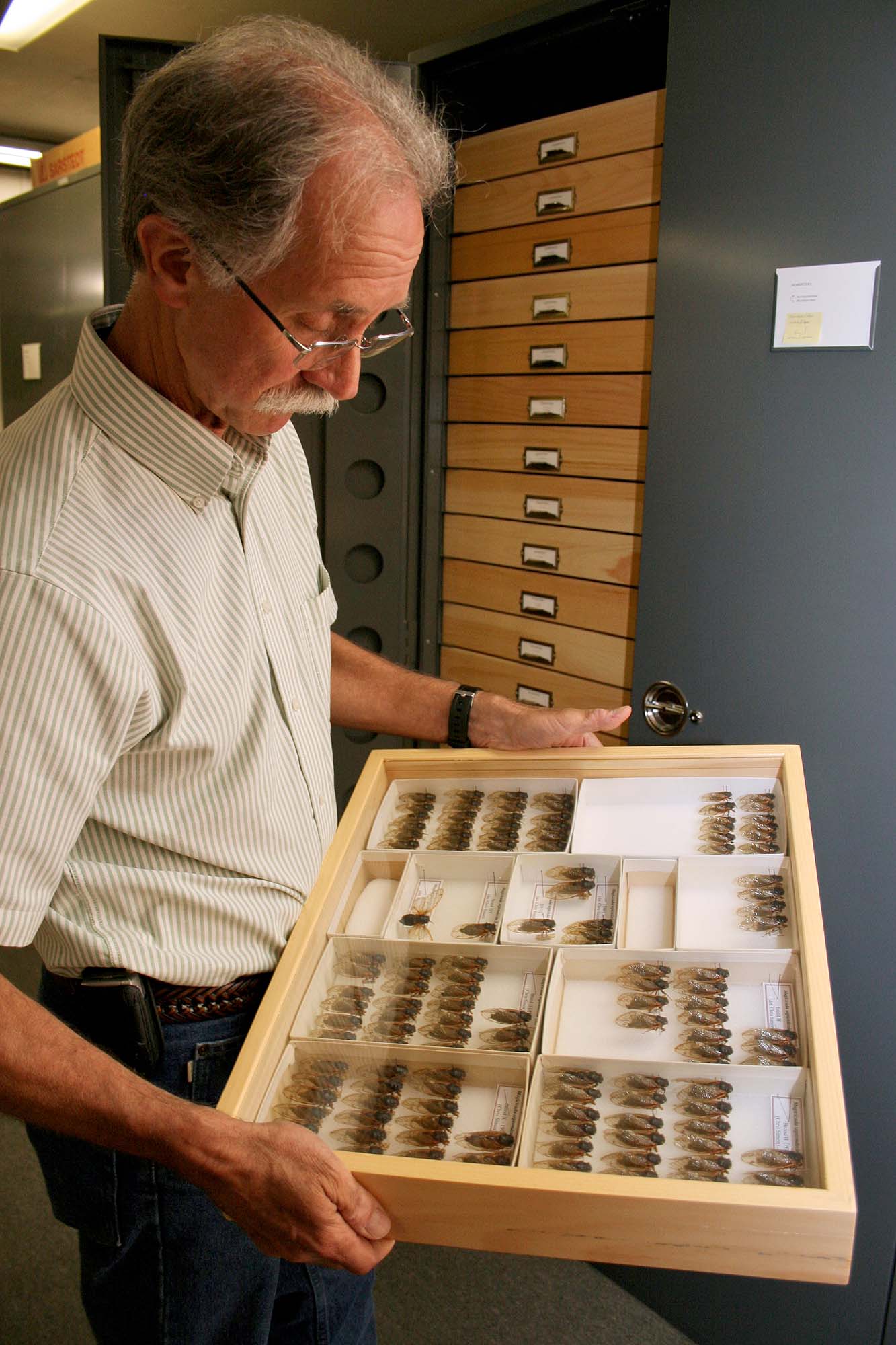 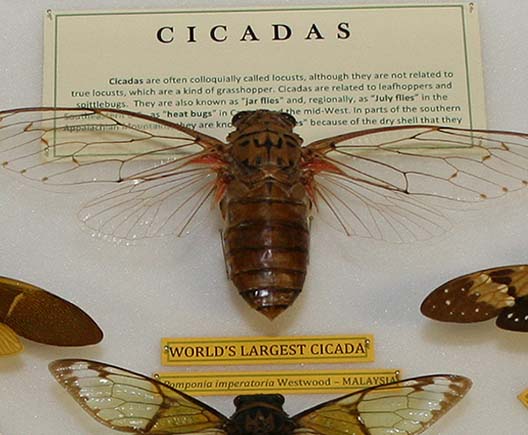