Concerned Georgia farmers gathered in Atlanta, Macon and Tifton on Wednesday, March 20 to hear a summary of the U.S. Food and Drug Administration’s new Food Safety Modernization Act. Proposed by Congress, the act was developed in an effort to improve the safety of the nation’s food supply.

Representatives from the FDA, the Georgia Department of Agriculture, the Georgia Farm Bureau, the Georgia Fruit and Vegetable Growers Association and the University of Georgia College of Agricultural and Environmental Sciences were on hand to field questions about the act. Similar listening sessions are being held in selected other states.

Growers and consumers have until May 16 to submit their concerns regarding the proposed regulations.

“We are aware of the different climates, growing practices and scales of operation,” said Mike Taylor, deputy commissioner for foods and veterinary medicine for the FDA. “We have our hands full to come up with a rule that takes account of all that diversity…and is feasible at the end of the day.” Taylor applauded farmers for taking an active role in risk management. “We are asking you to put on one more hat – manage food safety on your farms,” he said.

The listening sessions in Georgia focused primarily on the proposed standards for harvesting, packing and holding produce for human consumption. A second proposed rule recently released for public comment addresses preventative controls in food processing businesses and restaurants, including animal foods and foods imported into the U.S. “We have to protect U.S. growers from imported foods undercutting consumer confidence in their products,” Taylor said.

Under the new act, food importers would be required to document their processes. Currently, the U.S. relies on “a few FDA inspectors,” Taylor said. “We are shifting the paradigm. We’ll be doing more foreign inspections and strengthening private audits to increase public confidence.”

Mike Doyle, director of the UGA Center for Food Safety in Griffin, Ga., said the nation’s current foodborne outbreak detection system has improved over the past few years and is now “incredibly effective at detecting outbreaks” of foodborne illness.

“Most recently we’ve had outbreaks tracked to organic spinach, pistachios, hazelnuts and cantaloupes. A recent CDC study found leafy greens were responsible for 22 percent of foodborne illnesses,” Doyle said. “Produce is nutritionally good for people, but it’s also good for growing bad bacteria. Cantaloupe has a pH of 6 to 7 and this is where bacteria grow very well.”

Scientists with the UGA CFS will be working closely with Georgia cantaloupe growers this summer to assess which sanitizers work best to reduce pathogens on the melons.

Jim Gorny, senior advisor for produce safety for the FDA, said outbreaks of foodborne illness affect all farmers and food processors. “The spinach outbreak in 2006 left three people dead and over 100 people ill. That was the tipping point for the produce industry,” he said.

Taylor said most farmers think a foodborne illness outbreak will never be linked to their farm. He compared that reasoning to a lightning strike. “It’s a very low probability that you’ll be struck, but if you are hit, you are likely to die,” he said. “What would a lightning strike on your farm look like? We don’t want you or your customers to be injured.”

Bob McLeod of 4 P Farms grows cantaloupes in Wilcox County. “No farmer wants to provide an unsafe product. We feed our children and grandchildren the same food,” he said. “Everything this act covers, we already do. If they could combine some of these things, it would be better on us.”

Tricia Wainwright of Taylor Orchards in Reynolds, Ga., agrees. “We do GAP (good agricultural practices) and GMO (genetically modified organisms) and we already have third party audits,” she said.

Phillip Grimes grows cantaloupes, snap beans, broccoli, peanuts and cotton. He agrees with 90 percent of the new act, “as long as it doesn’t get ridiculous.”

“It needs to be done, more food safety testing, more regulations, up to a certain point that we can work with and farm feasibly,” Grimes said. “We don’t need any Salmonella or Listeria out in the market place. We don’t want anybody to get sick. We want to do the best we can and need to know which direction we need to take to do that.”

The proposed rules focus on microbial risks but don’t apply to certain produce like artichokes, Brussels sprouts, sweet potatoes and potatoes that are normally not eaten raw. The act defines produce as fruits and vegetables, mushrooms, herbs and tree nuts. It doesn’t include grains or foods grown for personal or on farm consumption.

“The rules are aimed at farms or FDA-regulated food facilities and mixed type facilities where there is a farm and some sort of processing plant,” Taylor said. “It covers farms with $25,000 in sales or more per year.”

Greg Weeks of Field Fresh Organics in Peach County wasn’t happy to hear of the exemption for farmers who annually earn less than $25,000. He feels the rules should be the same for all involved.

If passed by Congress, Gorny says the new act would “affect small and large farmers” in 2016 or 2017. “Our role is to develop standards,” he said. “(The farmers) are the ones that make food safer for consumers.” 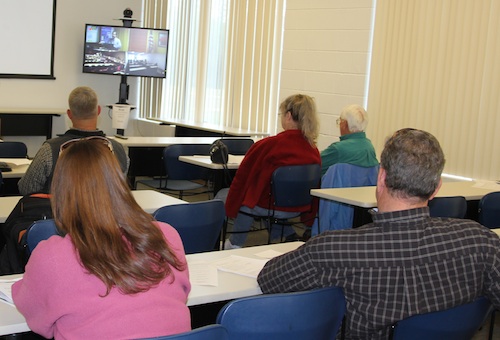 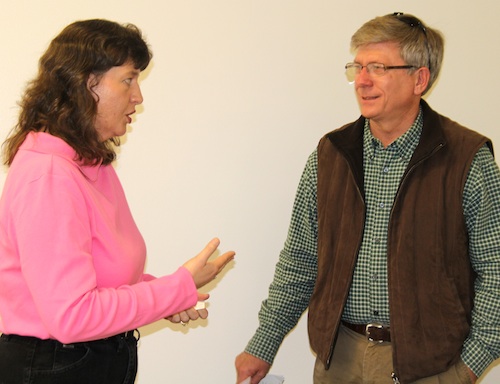