Recent rains have mushrooms popping up in Georgia lawns

Recent rainfall has led to an explosion of mushrooms in lawns and mulched areas. Most of these fungi are completely harmless, though some consider them annoying.

Mushrooms do not contain chlorophyll, but they are considered plants. They are the fruiting bodies of fungi that live below the soil surface. Fungi are a vital part of a healthy soil ecosystem. It’s a misconception that mushrooms are a sign of soil problems; they help break down dead plants and other organic matter in the soil and provide nutrients for other plants.

Mushrooms usually emerge when rain follows extended dry periods. Dry weather stresses the fungi, and when water becomes available, it triggers the reproductive mechanism and mushrooms pop up. Several types of fungi can show up in the landscape.

Nuisance fungi are most common on hardwood bark mulches and wood chips as well as in lawns where trees have been removed. When trees are removed, much of their root system is left behind to decay. This provides an ample source of nutrition for mushrooms.

One of the most eye-catching, mulch inhabiting fungi is a type of slime mold commonly referred to as dog vomit. Fuligo septica, the scientific name for this slime mold, typically occurs on mulch. This bright yellow or orange growth usually begins as small areas a few inches across but can rapidly grow up to several feet in diameter. As it dries it fades to brown and tan.

Slime molds do not harm plants and usually dry up within a few days of forming. One of their more curious characteristics is that they are actually able to move two or three feet a day. If their appearance is offensive, scoop them up and add them to the compost pile or throw them away.

Another interesting fungus family is the Phallaceae which includes the mushrooms known as stinkhorns. Most people smell stinkhorns before they see them. While their smell or appearance may be undesirable, stinkhorns are beneficial to the landscape by helping to break down decaying plant material. Stinkhorns do not harm landscape plants or grasses. If the smell is unbearable, remove the mushroom and place in into a sealable plastic container.

Stinkhorns grow from egg-like sacks that can be found in the mulch they inhabit. The stinkhorn and egg-like sack are the reproductive parts of a larger body mass made up of white, thin threads known as hyphae. Like all mushrooms, removing just the visible growth does not get rid of the fungus because the majority of its body is left behind.

Fairy rings are hard to control

Circles or partial circles of mushrooms, called fairy rings, mark where a colony of fungi is hard at work decaying organic material. The fingers of the fungi extend radially from the colony, and mushrooms grow where the fingers emerge from the soil.

Fairy rings are the hardest mushrooms to deal with. They are hard to control and produce toxins that can kill grass. When you remove the mushrooms, you could still be left with a dead patch of grass.

Another interesting specimen is the Bolete, easily identified by its pores. Boletes form a mutually-beneficial relationship, called mycorrhizal association, with the roots of trees and other plants.

As the fungus invades the roots it frees minerals from the soil and allows the host tree to absorb them. In return, the fungus obtains vitamins and other organic materials from its host. If these mushrooms are unsightly, remove them by hand-picking.

Keep kids and pets away

The main reasons to remove mushrooms are to keep children and pets from eating them and to improve a lawn’s appearance. Never eat an unidentified mushroom, as some mushrooms are poisonous to humans and animals.

The best way to keep mushrooms out of your landscape is to irrigate before the lawn gets too dry. If it stays somewhat moist, the fungus will stay underground and will not produce mushrooms. The lawns that tend to be covered with the most mushrooms are those that never get watered during droughts.

To rid your lawn of mushrooms, pull them up, kick them over or run over them with the lawn mower. This will keep them from releasing the spores that spread the fungi. Aerate your lawn to prevent further damage to your turfgrass.

After aerating the soil, water the area to dilute any toxins and wash them through the soil profile. If a patch of grass is dead, re-establish that area next spring, and keep it moist to prevent new mushroom growth.

William Tyson is the UGA Extension coordinator for Bulloch County. 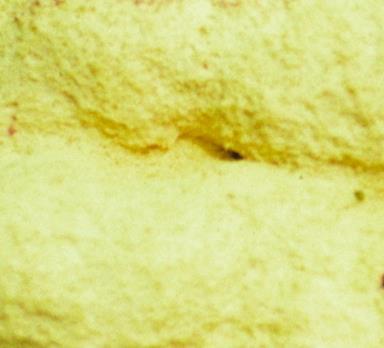