Researchers from the UGA College of Agricultural and Environmental Sciences shared their results on intercropping, interseeding and other row crop and forage studies at the event in Moultrie, Ga.

In the study cantaloupes and watermelons were transplanted into fields between March 18 and April 25. Between April 18 and May 25, herbicide-resistant cotton was then seeded between the melon plants.

After the melons were ready for harvest, herbicide was sprayed to burn down the remaining curcubit vegetation, leaving the cotton to mature for the rest of the growing season.

Working with five growers on 385 acres, researchers found that cantaloupe and watermelon yields were comparable to the yields of those same crops growing alone. Field harvests of melons did not damage young cotton plants, and cotton planting did not create any delays in melon harvest.

In many farm locations, cotton yield averaged more that 1,100 pounds per acre in late plantings put in the ground after July 10. In budget comparisons with post-crop grain sorghum, net return for cotton averaged $260 per acre — about three times that of grain sorghum.

Dennis Hancock, UGA Extension forage specialist, presented on the benefits of interseeding alfalfa in bermudagrass to farmers interested in developing better forage pastures and hay as a cash crop.

The ideal pH level for the combination of bermudagrass and alfalfa is 6.5. Hancock stressed the need to follow fertility recommendations for potassium, with concentrations of 250-300 pounds per acre. The micronutrients boron and molybdenum should also be present for nitrogen fixation.

At the UGA campus in Athens, university researchers have developed an alfalfa variety — Bulldog 805 — that tolerates grazing, has excellent hay yields and is adapted for the Coastal Plain region. It also has high pest and disease resistance. Bulldog 505 is a UGA variety developed for the Piedmont and mountains region.

Roberts explained the balance of finding an insecticide that targets pest while leaving other insects unharmed.

He cautioned farmers to be careful about an insecticide’s influence on beneficial insects. He warned that some insecticides might wipe out one bug but create the conditions for other pests — like spider mites — to thrive.

“Let’s try to avoid insecticides that may encourage them to become a problem,” Phillips said. “Insecticide selection is more than just selecting something that will kill the target is the message I want to deliver.”

Meanwhile, researchers with the UGA Peanut Team continue to develop and evaluate different peanut cultivars on the Expo site.

Researchers are looking at eight, runner-type peanut varieties in single- and twin-row planting patterns. Five of these varieties are currently available, and three are newly released.

UGA experts will have more demonstrations of their research and share applicable results at the 2012 Sunbelt Ag Expo to be held October 16-18. 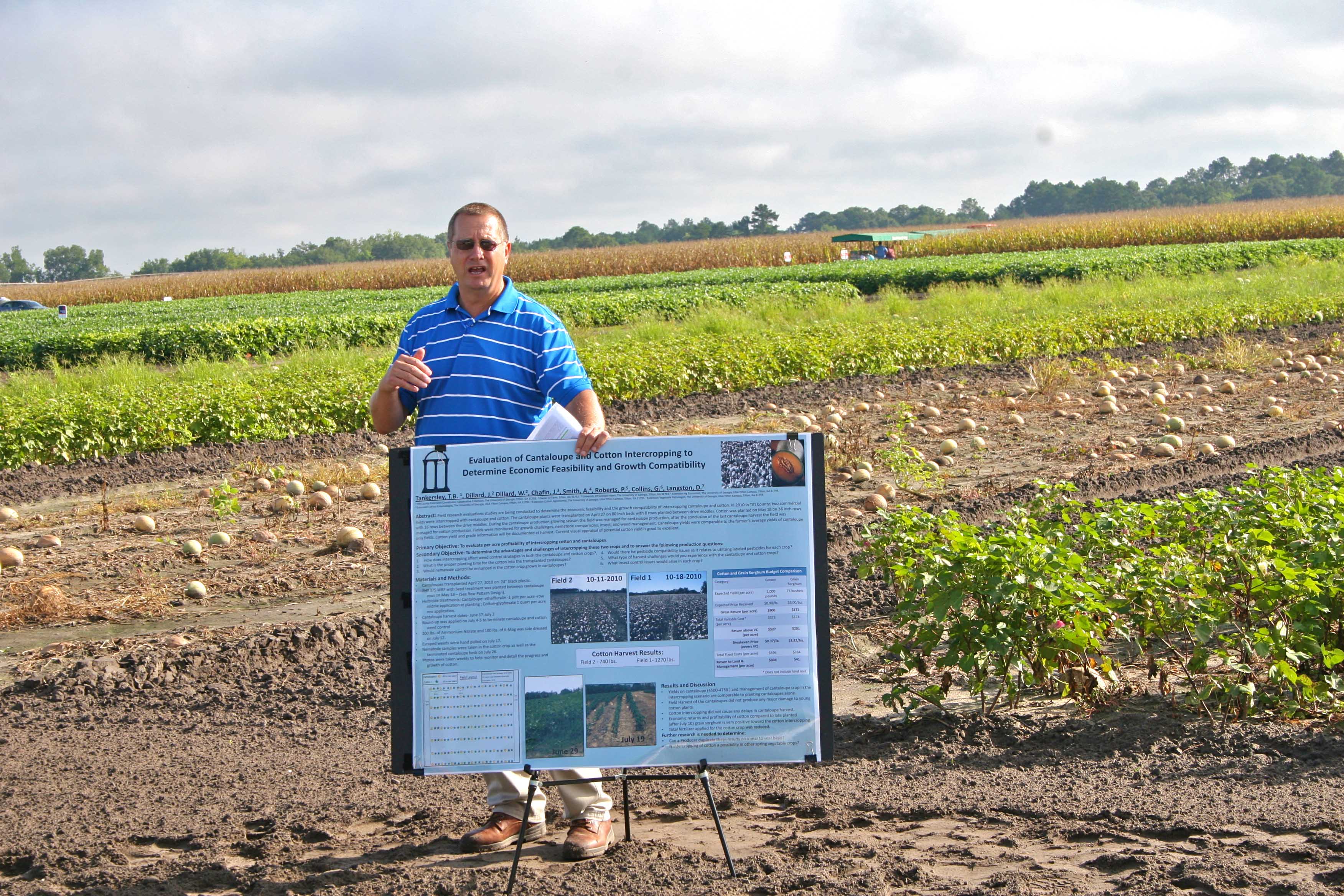