Believe it or not, field peas — a fixture of the Southern dinner table — can be too difficult to grow in Georgia.

A pest called the curculio weevil has moved most of the production of cowpeas out of the state.

With the cowpea exodus, Georgia farmers lost a crop that adds nitrogen to the soil and suits the state’s often hot, dry growing conditions.

“The cowpea curculio is to Southern peas what the boll weevil is to cotton,” said David Riley, a vegetable entomologist with the University of Georgia College of Agricultural and Environmental Sciences.

Adults lay eggs inside the pea pods, where the grubs feed on the developing peas. The grubs can then make it all the way through the processing line and even wind up on your dinner plate.

Reproducing several times within a year, the curculio has a stubborn penchant for developing resistance to insecticides, with the standard pyrethroid treatments rapidly losing effectiveness.

“If you can’t get a handle on it, it can literally run the acreage out of the state,” said Riley.

An increase in Georgia cowpea acreage to more than 8,000 in 2009 came with an increased number of farmers’ calls to Riley about curculio outbreaks. At the time Southern peas had a farm gate value of more than $12 million, according to the Georgia Fruit and Vegetable Growers Association.

The bug had never gone away. It just had fallen off the radar.

With the decline in cowpea acreage and focus diverted to other pressing vegetable insect problems, research on the curculio had been forgotten or fallen by the wayside. Once acreage started to rise, the curculio resumed its role as a serious economic pest.

Starting in 2011, Riley embarked on research to study the curculio’s biology, population dynamics, susceptibility to insecticides and the resistance of host plants.

Geared to avoid becoming the prey of birds, the curculio is a tricky pest. The elusiveness that makes curculio difficult to control also makes it difficult to study.

“When you approach a plant, they’ll drop off the plant and literally look like they’re dead. But they’re just lying on the ground, and they’ll stay that way for 15 to 20 minutes — long enough for you to lose interest and walk away.”

Spotting the bug in the field can be nearly impossible. Consequently, most research on population dynamics in the past assessed curculio numbers by crop damage, which by that point was too late to apply any kind of controls.

Riley needed real-time measurements of adults in the field. Past insecticides have targeted adults, but they can be useless if not applied at the proper time.

By combining existing traps, Riley developed a new trap that for the first time could pick up adults early in the season, providing critical information on population count and movement.

With help from Lacey Lewis, a high school student in the UGA Young Scholar program, he conducted a marked-release study, placing the weevils in the middle of a pea field and tracking their damage. The wing-less curculio moved with surprising speed hundreds of feet from the release point in both directions along the row.

His study collected new data on the weevils’ movement late in the season and their behavior over the winter, providing insight to possibilities of managing the pest in the landscape.

Riley also found that no pea cultivar provided complete resistance. Only some of the white varieties could provide a measure of tolerance.

With the curculio apparently developing resistance to pyrethroid insecticides, Riley identified only one insecticide that could knock down the pest, although it’s currently not registered for cowpeas.

While he’s working to move that chemical through the regulatory approval, Riley warns that one insecticide won’t be the long-term solution to the curculio.

Alternatives have to be developed. Otherwise, the control system will fail as the bug develops resistance, he said.

Riley cautions that a regional survey for the curculio has not been done in a few decades. Much of the cowpea acreage outside of Georgia may now have curculio. As the bug expands it range, the potential losses to commercial cowpeas will only be multiplied.

“These things will eat your lunch, basically,” Riley said. 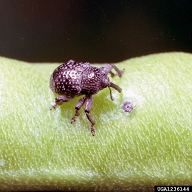 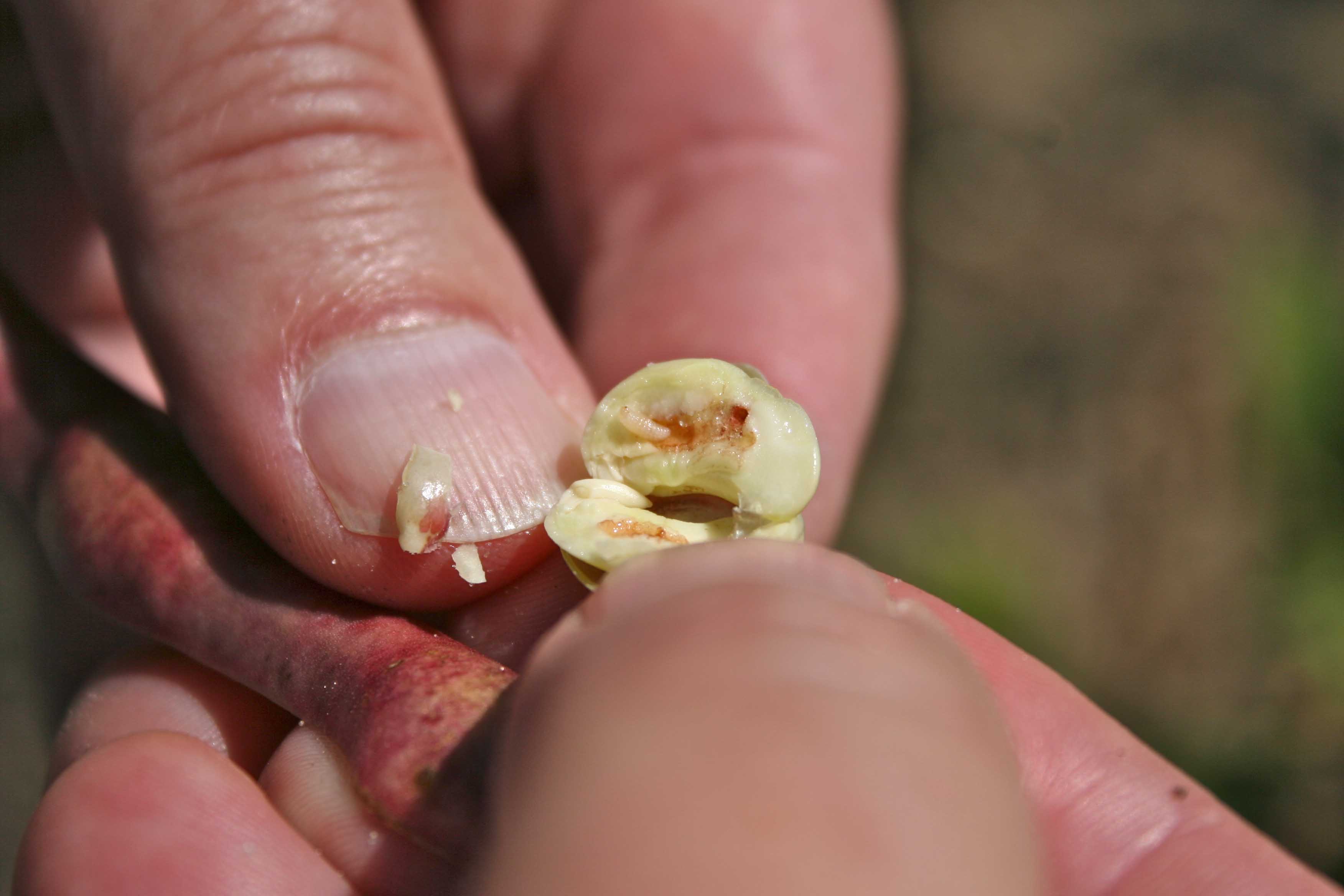