Most people have seen high school students compete against one another in a game of basketball but not many people seen the game played with student-built robots.

Seven teams of Georgia 4-H’ers were among the 60 teams of high school students whose robots competed in the FIRST Robotics Competition’s Peachtree Regional held March 16 -17 at the Gwinnett Center in Duluth.

“So far, we have supported the development of 10 4-H robotics clubs of upper elementary and middle school students,” she said. “We also supported the seven high school robotics teams with $10,000 grants.”

The students began building their robots in January with a basic kit provided by J.C. Penney. In addition to the design, the teams were responsible for marketing, outreach and fundraising for their robotics clubs.

Much more than robot building

“This was about much more than the robot,” Biersmith said. “This was truly a well-rounded experience echoing so many of the ideals we cherish in Georgia 4-H.”

At the competition, the robots competed in high-tech games of basketball.

The robot built by the Lumpkin County High School team, a 4-H sponsored team, had a rough start.

“First, because of all the excitement, we forgot to load the basketballs in the robot. Then we forgot to close the air valve. Then we had to replace a metal cylinder,” said coach and LCHS engineering technology teacher William James.

James didn’t let this hold his team back.

Solving problems is a learning experience

“This is what engineers do. They have a problem, they identify it, fix it and move on,” he said.

James estimates his team logged more than 200 hours after school and on the weekends working on their project.

Team member Becca Mason, 17, said the hardest part wasn’t building the robot; it was learning to work together as a team.

“There was a lot of hardship,” she said. “But no one can take away the rush you get from competing.”

Hannah Murschel, captain of the team from Barrow and Jackson counties, echoed Mason’s sentiments about the robots’ team-building effects.

“We didn’t already know each other, so that was hard,” said the 10th-grader. “We had to learn to get along and interact with other people. That’s a skill we will all use in real life.”

Murschel was one of a handful of female team captains.

“At first I thought engineering was a masculine field, but then I saw a lot of girls like me who are in charge of their teams,” she said.

Her long-term plans are to attend college and major in structural civil engineering and minor in robotics.

Long hours, but well worth it

The experience that the students gain through the robotics challenge is “priceless,” said 4-H Agent Wanda McLocklin, who coached the team from Barrow and Jackson counties.

“They learn a lot about mechanics, engineering, marketing, public relations and, most of all, teamwork,” she said. “Building the robot requires many long hours from the youths and their mentors, but both agree that it’s worth it.”

One of the Barrow/Jackson team coaches, Harold Jarrett, agrees. He donates his time because his son is Hal is a member of the team and because he fondly remembers his 4-H experience. His background in electro-mechanical engineering proved invaluable to the team.

Self-proclaimed 4-H mom Tracy Hagler called the robotics clubs “the best of both worlds (robotics and 4-H)” for her daughter Tracy, a junior at West Lake High School in Atlanta.

At the end of the daylong competition, three Georgia 4-H teams ¬ the teams from Morgan and Walton counties and the combined Barrow and Jackson team –advanced to the elimination finals.

Both the Barrow and Jackson team and the Morgan County team advanced all the way to the final four.

The Morgan County team took home the regional finalist award for making it to the championship round, and the team from Barrow and Jackson counties took home the judges award for excellence in performance, design and function. 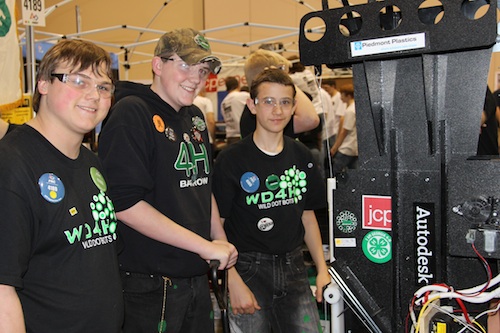 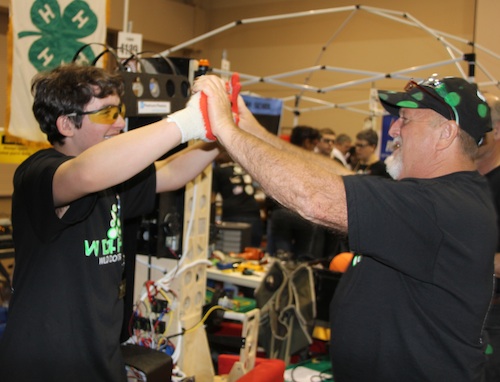 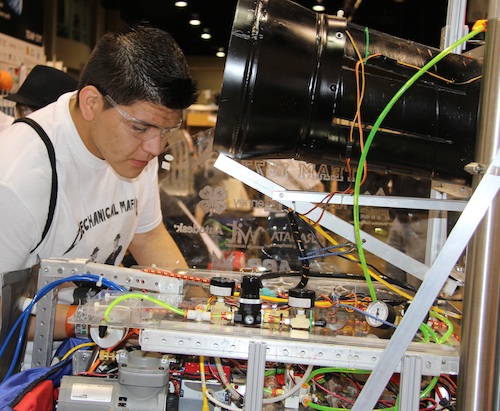 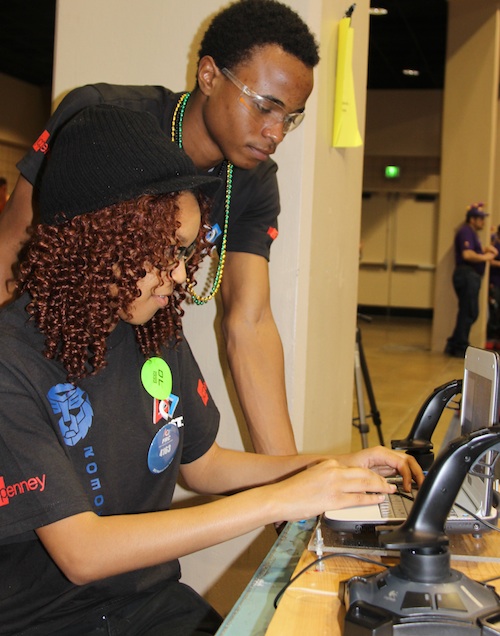