Haitian farmers have toiled for more than a century to grow crops in the nation’s notoriously ravaged farmlands. A new soil-testing lab, scheduled to open in June, should help farmers in Haiti improve their yields.

The University of Georgia College of Agricultural and Environmental Sciences and the Atlanta-based non-profit League of Hope teamed up with agriculture officials in Haiti to open a soil-testing laboratory to measure plant nutrient elements, like phosphorus and potassium, on farmers’ fields.

“The soil in some places is in very bad condition,” said agricultural scientist Eddy-Jean Etienne, who is helping to launch the soil lab. “To increase the productivity, it’s good to measure what is in the soil and what it’s lacking.”

The lab will allow agricultural advisors in Haiti to help farmers find the fertilizers and soil additives they need to make their farms more productive. The information - including nutrient contents and pH levels - can also help farmers choose the most appropriate crop varieties for their fields.

Haitian farmers produce only 30 percent of the food the country needs. Food supplies in Haiti have never been abundant, but they have gotten worse since the 2010 earthquake that destroyed much of the infrastructure around Port-au-Prince.

Before the earthquake the average Haitian ate 2.6 meals per day. After the quake that number fell to 1.6 meals per day, said Graham Huff, director of League of Hope. The organization has been working on infrastructure; education and food supply issues in Haiti since 2009.

“Even though the world’s been shipping in relief food, you have still seen a reduction in the amount of nutrition people are receiving,” Huff said. “It’s critical that Haiti supplies more of its own food, so the agriculture sector is a key focus for the long-term recovery of the country.”

League of Hope partnered with the College of Agricultural and Environmental Sciences in 2010 to put UGA Cooperative Extension and outreach know-how to work in Haiti as part of the Haiti Agriculture Virtual Technical Assistance Program.

The program uses the same web-based learning programs used in Extension offices across Georgia to help Haitian farmers get the information they need to improve their crops.

So far they have built two agricultural outreach stations to serve farmers, one along the northern coast and one near Port-au-Prince in Mireballais. The new soil lab will be located at the station in Mireballais, about 50 miles north of the capital.

Etienne trained this spring with UGA soil scientists David Kissel and Leticia Sonon in the college’s Agricultural and Environmental Services Lab in Athens.

The new lab will basically be a scaled-down laboratory equipped with simple instrumentation and easy-to-follow analytical methods. The instruments are compact, tough enough to withstand harsh conditions and inexpensive to operate.

Kissel and Sonon secured soil samples from Haiti to test while Etienne was in Athens. They knew the soils were going to be deficient, but they were still surprised at how poor some of them were.

“We tested (the samples), and some were deficient in plant nutrients – either low in soil phosphorus or potassium, or both,” Sonon said. “These are the soils that the farmers are using to make a living … On some of the samples, the levels of plant nutrients were so low that the machines failed to give a reading. Poor soil fertility is no doubt one of the factors that explain the low crop yields in some parts of the country”.

League of Hope and agriculture officials in Haiti plan to help farmers locate and develop locally available supplies of soil amendments once they find out which amendments are needed most, Huff said.

“They are limited in what’s available to them,” Huff said. “They would use natural fertilizers like manure versus chemical fertilizers.”

Sonon noted that farmers would only be given recommendations for amendments that are readily available in Haiti.

Even if no soil amendments are available, farmers can still use the information provided by the tests to make better decisions about what crops to plant and where, Huff said.

“We could select a plant or variety that is most likely to grow in that type of soil,” Huff said. “So it does give them information that will be useful, even if they don’t have the specific plant nutrients that are most deficient.

Etienne believes the testing service will become very popular after farmers see the improvements in their yields.

“Communication is very quick and easy in Haiti,” he said. “All you have to do is do a good job for one or two people, and farmers will be lining up.”

Small farmers, spread out through the nation’s central valley and along the northern coast, grow most of the nation’s domestic supply of staple crops, Etienne said.

While the CIA’s world fact book reports that about 40 percent of the labor force in Haiti is engaged in some sort of agriculture, they produce only about 30 percent of needed food supply, Huff said.

Etienne, who graduated at the top of his class from the North Christian University of Haiti in 2004, is a veteran of other agricultural outreach projects. 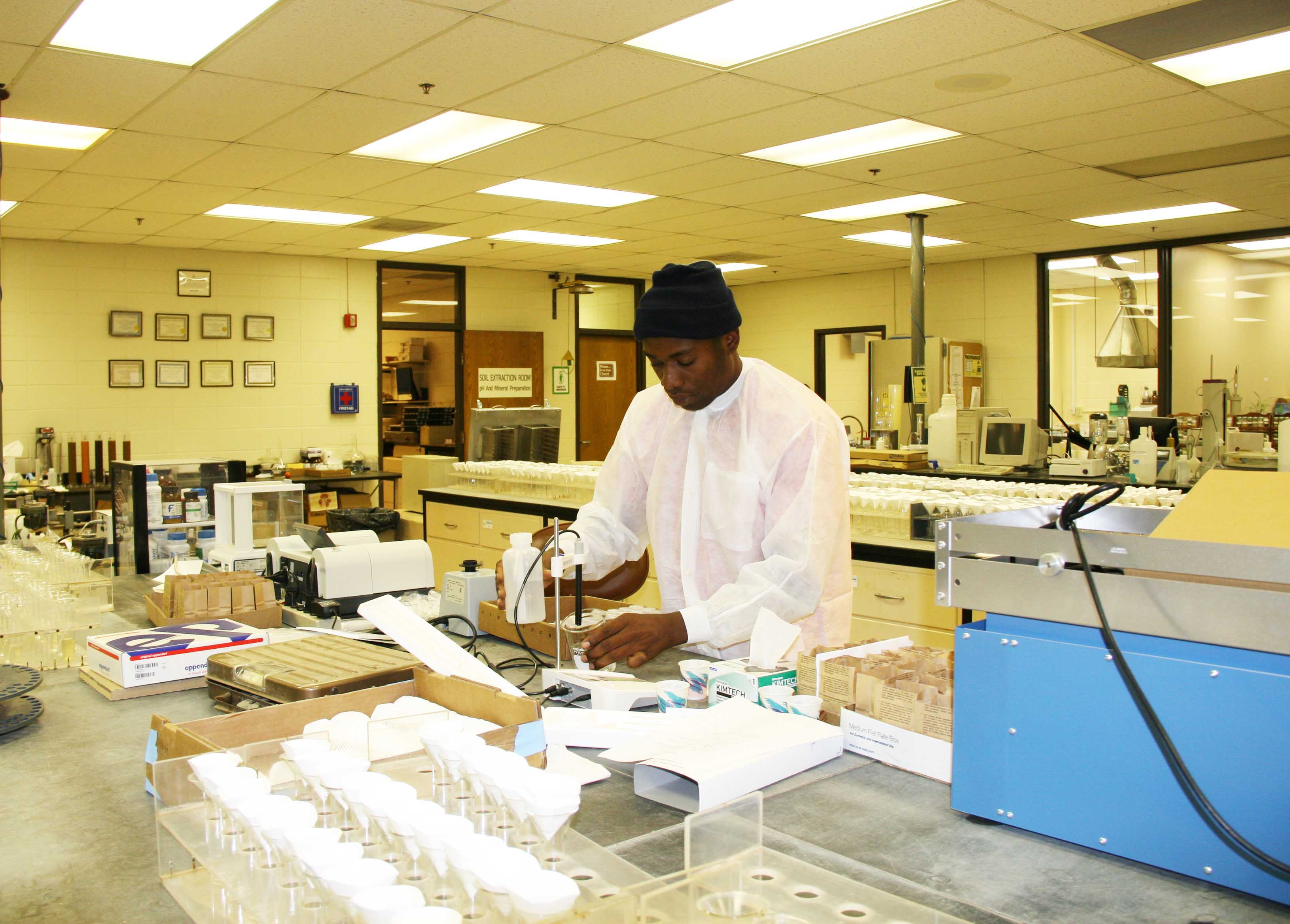 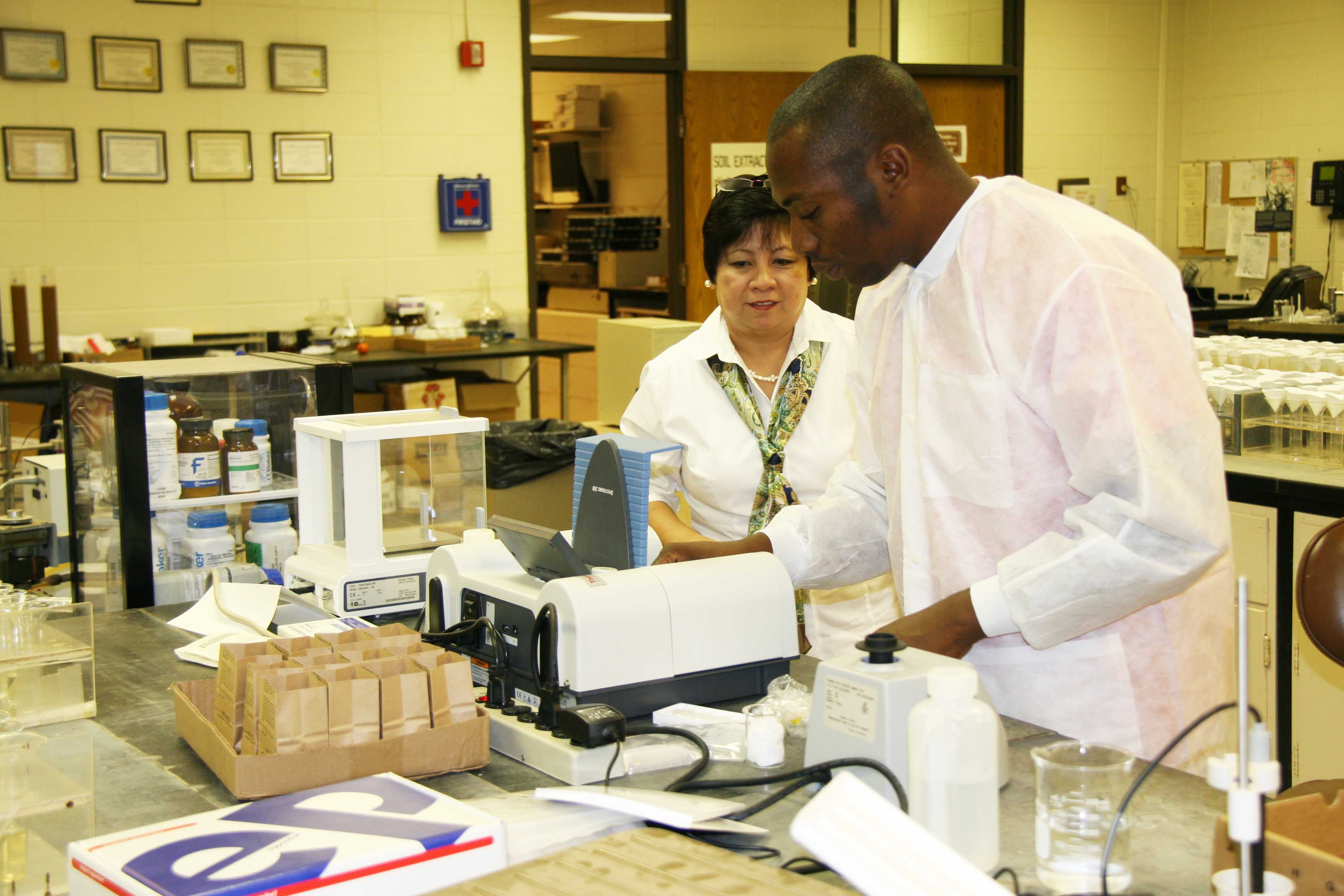