The stewardship award is given every year to a farmer who has incorporated conservation practices into the day-to-day activities of his operation in order to protect and conserve Georgia’s natural resources, according to the nomination form supplied by the governor’s office. In addition to a plaque, the governor presented Hopkins with large sign to place at the entrance to his farm.

Seven years ago Hopkins and his wife Marilynn started their field crop operation on 50 acres of rented land in Toombs County. Since that time, the Hopkins’ farm has grown to encompass 600 acres of cotton, peanuts, corn timber, watermelons and pecans.

While they’ve grown their operation quickly, they’ve grown it carefully as well - restoring old erosion control structures, adding new ones and maximizing the irrigation efficiency on all of their parcels, said Steve Brown, assistant dean for Extension at the University of Georgia College of Agricultural and Environmental Sciences. Brown served on the five-member team that evaluated nominees.

“Despite working full time jobs, Chris and his wife Marilynn have been able to start a farming operation from scratch, something that is very difficult to do these days,” Brown said. “What began with 50 acres of rented land has grown to 600 acres of leased and owned land. Chris has worked to implement new technology and conservation practices throughout his entire operation since it’s beginning.”

Hopkins parents were not farmers but he learned to love farm life while scouting cotton with his uncles, according to his award nomination.

He has a master’s degree in plant protection and pest management from the UGA. He currently manages Lasseter Implement in Lyons in addition to working on his farm.

Marilynn, who was Marilynn Howard before the two married, graduated from UGA in 2005 with a bachelor’s degree in agribusiness. They are both active members of the UGA College of Agricultural and Environmental Sciences Alumni Association.

While Hopkins won the statewide award, the governor also recognized four other Georgia farmers who were finalists for the prizes. All of these farmers have taken great steps to improve the quality of the soil and water that they depend on to earn a living, Brown said.

“We actually visited all five farms and saw first-hand the accomplishments of the regional winners,” Brown said. “I wish everyone that has ever criticized agriculture for environmental damage could see the dedication of these five to not only make a living off the land, but to leave it better than they found it.”

The other finalists include: 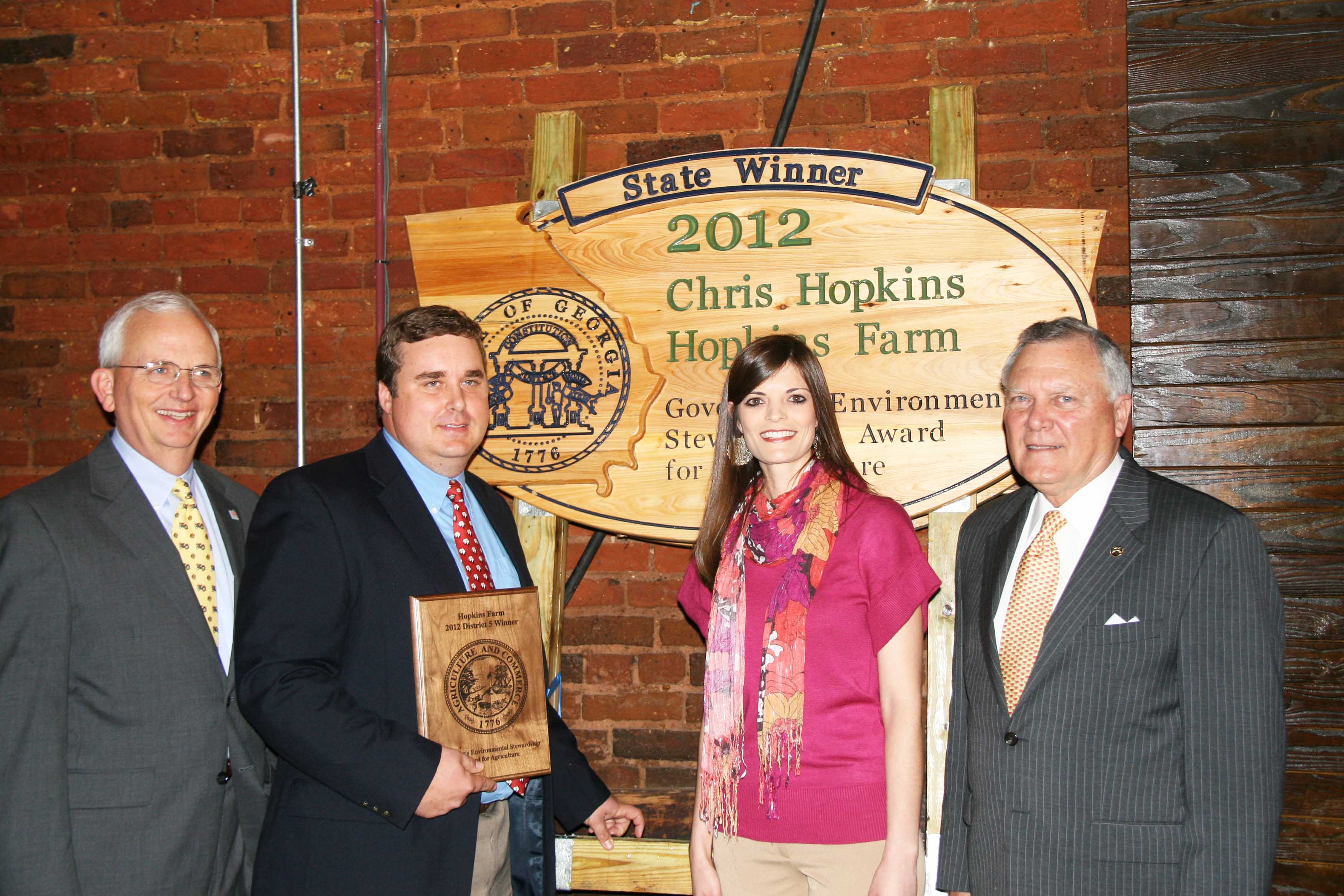 CAES News
Rural stress summit to connect Georgia farmers with community resources Posted on 05/04/22 by Jay Stone
Farm family health and wellness is a priority for many rural Georgia communities. As the backbone of Georgia’s No. 1 industry, agricultural producers face unprecedented pressures, including increasing input costs, a flood of produce imports, labor shortages, pandemic protocols for worker safety and more.

CAES News
Less availability, higher transportation costs spike sod prices in early 2022 Posted on 04/29/22 by Maria M. Lameiras
Low inventory of some varieties, combined with economic pressures exacerbated by supply chain and global issues, are pushing up the price of a meticulously manicured lawn this spring.
Subscribe for Updates