Georgians can expect to pay more at the supermarket in 2012. This is good news for peanut and pecan farmers who can expect record prices for their crops.

These financial predictions, and more, were presented across the state this week at Georgia Ag Forecast events planned by the University of Georgia, Georgia Farm Bureau and the Georgia Department of Agriculture.

“Consumers can expect to pay more for products like beef, pecans and peanuts as farmers fight drought and increased fuel and fertilizer prices to produce crops and raise animals,” said Kent Wolf, an agricultural economist with the UGA College of Agricultural and Environmental Sciences.

Wolf says food prices are also on the rise due to the increased costs of delivering crops to consumers and the rising demand for Georgia crops overseas.

“Commodity prices peaked midsummer for row crops in Georgia and the outlook is that they will remain high, depending on how many acres are planted and what kind of growing season we have,” said CAES ag economist Nathan Smith. “Predictions are for another dry spring and all our best laid plans could be impacted by a continuation of the drought.”

The U.S. dollar is weak, but Smith says this “generally helps Georgia because we have a strong export market.”

Agriculture is the largest industry in Georgia with 65 products and a farmgate value of $12 billion in 2010.

At the first forecast event, held at the Georgia Farm Bureau in Macon, Ga., CAES Dean and Director Scott Angle told farmers the college is working to help them maximize profits and reduce inputs.

“Whether it’s research on your farm or one of our farms, we are working very hard to solve some of the most pressing problems we have in the state,” Angle said.

For example, recent changes to immigration laws have Georgia farmers scrambling to find workers to harvest their crops.

Agribusiness lawyer Nowell Berreth presented the keynote address that focused on the H-2A program. Through the program, farmers hire and house immigrant agricultural workers on a temporary basis.

Berreth said one downside of the H-2A program is that workers can only stay in the U.S. for six months. This requirement makes the program useless for dairy, poultry and livestock farmers who need help year-round.

Georgia Agriculture Commissioner Gary Black said the state needs “to develop a twenty-first century guest worker program that works for (all farmers), not just some.”

“Farmers tell me they would love to have a local workforce that is sober, reliable, on time and has a work ethic. They say they’d be happy to hire them all if we can tell them where to find them,” Black said.

Black urged farmers at the ag forecast to voice their opinions on the current farm labor issues to their congressmen.

“We have big obstacles to overcome, there is no doubt about it. But Georgia can’t do it on our own. We have good members of congress that are stepping forward, but we need to work with other states to get the word out,” he said.

In 10 years, many of the current labor problems will be solved by new technologies, according to Angle.

Also during the ag forecast event, Mary Kay Thatcher of the American Farm Bureau provided an update on the farm bill.

She said the farm bill is about food more than farming. “We have probably doubled the number of people on food stamps in the past five years,” Thatcher said.

Angle called Georgia “the breadbasket, not just for the United States, but for the entire world.”

“I feel very good about the future of agriculture. In many ways it’s our moral obligation to produce food for people around the country that even today remain quite hungry,” he said. 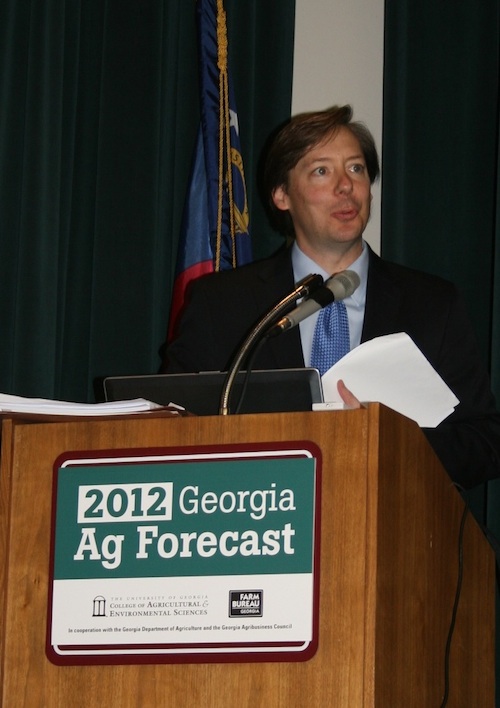 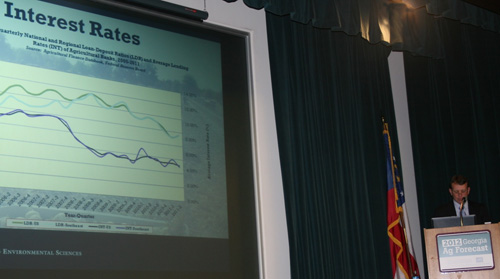 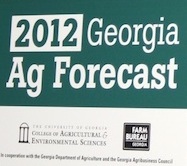