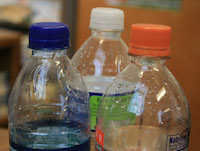 CAES News
Summer is waning but mosquito season is full swing; Georgians need to stay vigilant Posted on 08/10/16 by Merritt Melancon
While school is back in session, Georgians won’t be giving up on summer fun just yet. In fact, many of us may be spending even more time outside as it starts to cool off this September and October.