University of Georgia scientists were awarded a five-year $4.9 million grant from the U.S. Department of Agriculture to study ways to kill foodborne pathogens on beef before it arrives on supermarket shelves and in restaurant kitchens.

The research project focuses on six different processing technologies at meat processing facilities to determine if they are effective and feasible to adopt across the industry. Technologies examined during the project will include infrared radiation, electrolyzed water, radio frequency, a levulinic acid plus sodium dodecyl wash, UV activated TiO2 photocatalysis treatment and germicidal UV light.

Led by UGA College of Agricultural and Environmental Sciences professor Yen-Con Hung, the food and animal scientists will work to inactivate Shiga toxin-producing Escherichia coli, or STEC, and noroviruses on beef.

“Since January 2000, more than 20 million pounds of beef have been recalled in North America,” Hung said. “A 2003 U.S. study estimated the annual cost of E. coli O157:H7 illnesses to be $405 million. This estimate includes $370 million for premature deaths and $30 million for medical care.”

Cattle have been implicated as the primary reservoir of STEC, which can infect people who eat ground beef or dairy products contaminated by cattle feces.

“Human noroviruses account for an estimated two-thirds of all disease caused by foodborne pathogens,” Hung said. “Norovirus contamination of food can occur anywhere along the farm-to-fork continuum by human contact or contact with contaminated water.”

Harald Scherm, CAES assistant dean for research, says grants such as this are invaluable for the continued success of agricultural research, especially as agriculture colleges like CAES face continued cuts to standard funding. Over the past three years, CAES’s budget has been cut by 25 percent.

"This award speaks to the quality of our programs in food science and technology as well as food safety, which are top-ranked in the nation,” Scherm said. “The breadth and depth of these programs allows our scientists and their collaborators to address objectives ranging from basic research on pathogen inactivation to extension education and pilot plant testing with equipment and meat industry partners."

The U.S. food supply is considered to be one of the safest in the world. However, 48 million Americans become sick each year due to foodborne illnesses, according to USDA reports.

Awarded through the USDA’s Agriculture and Food Research Initiative, the grant is administered through the National Institute of Food and Agriculture. It is one of 24 grants awarded in an effort to reduce foodborne illnesses and deaths from microbial contamination.

“The success of this project will help ensure consumers’ safety when consuming non-intact beef products and ready to eat products, like deli meats,” Hung said.

Sharon Dowdy is a news editor with the University of Georgia College of Agricultural and Environmental Sciences.
Authors:
Sharon Dowdy
Experts/Sources:
Yen-Con Hung

CAES News
Small cattle farm grows up with help from UGA Posted on 07/20/21 by Émilie Gille
What Joseph Egloff began as a “little hobby” in 2011 is now a full-time cattle ranch with a meat packing plant that serves customers from Florida to North Carolina. 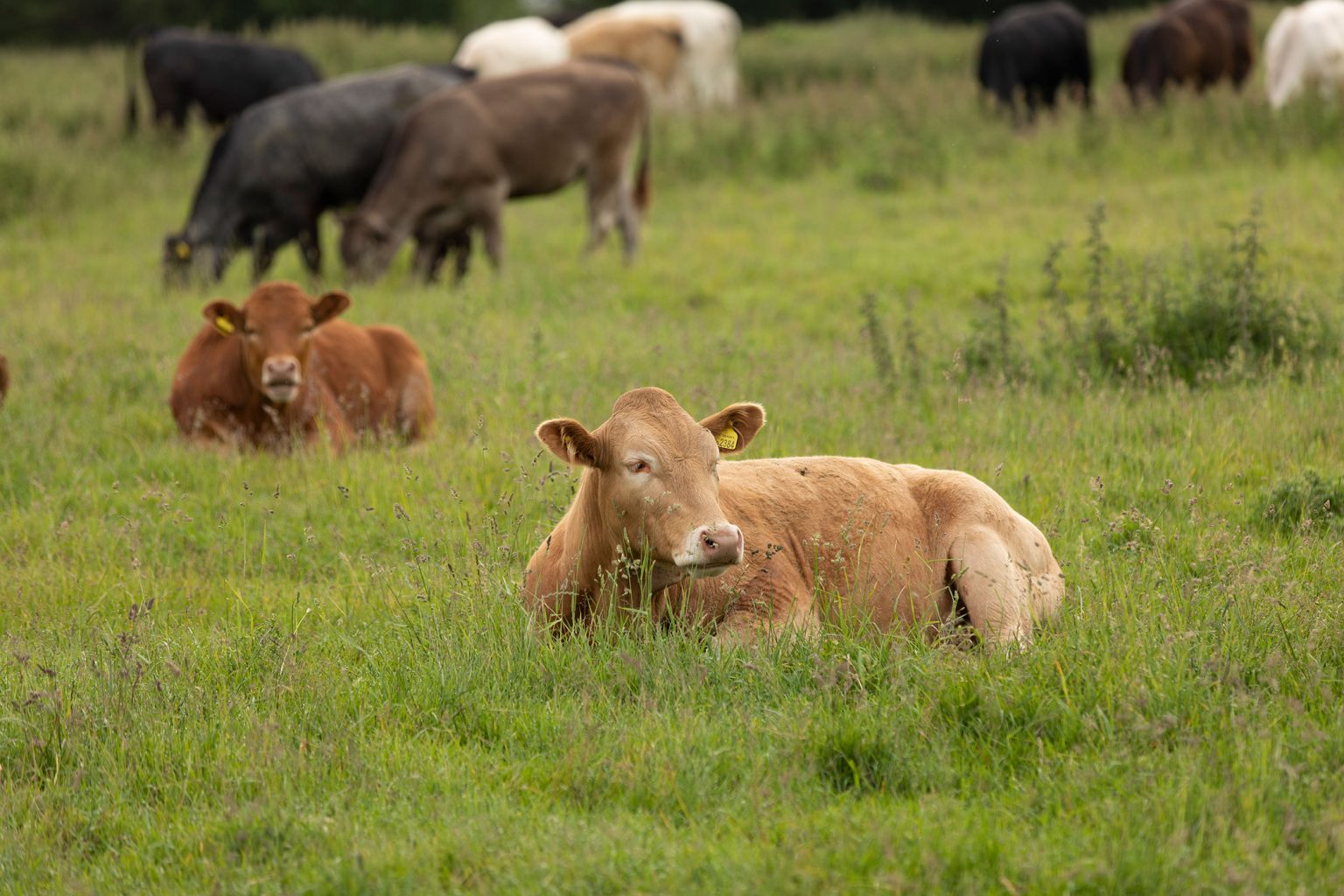 CAES News
Harmful bacteria are hiding in livestock; traditional methods aren’t finding them Posted on 06/30/21 by Leigh Beeson
Growing resistance to our go-to antibiotics is one of the biggest threats the world faces. As common bacteria like strep and salmonella become resistant to medications, what used to be easily treatable infections can now pose difficult medical challenges.