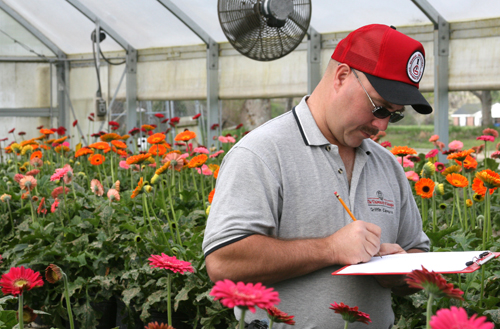 CAES News
How some beneficial insects use viruses to protect their young Posted on 05/03/22 by Michele Hatcher
Inheriting a virus may sound like an undesirable bequest, but for certain insects, the phenomenon of beneficial virus inheritance is key to their survival. In the case of certain parasitoid wasps, viruses not only help these beneficial insects survive, they eliminate many agricultural pests in the process.