Mosquitoes fly, drink blood, and can live for days without a head. Mosquitoes may seem very different from humans, but one University of Georgia researcher says people have a lot in common with the notorious insect.

“We know that insulin is an important hormone for controlling sugar metabolism in humans. It surprises people that insects also have an insulin,” said Mark Brown, an internationally known mosquito biologist with the UGA College of Agricultural and Environmental Sciences.

Understanding those similarities, and the differences, could lead to better mosquito controls and a reduction in the diseases they can carry.

Insulin-like peptides control parts of metabolism in a sugar-fed mosquito. But in a blood-fed mosquito, those same peptides “turn on her ovaries to make steroid hormones, just like in humans,” he said. “Ultimately, three to four days later, the female is ready to lay her eggs.”

Female mosquitoes need blood to digest and provide nutrients for egg maturation. Brown identifies and studies the hormones released by mosquitoes and the functions affected by those hormones.

Female mosquitoes live less than a month and take a blood meal every three to four days.

Insects have genes for 40 different peptide hormones. The function of many of those is still a mystery. Brown is working to solve the mystery by studying the evolution of these peptide hormones and how their function and structure are preserved.

“Basically the same kinds of hormones that work in us are at work in insects,” he said. “The evolution and conservation of these hormones are amazing.”

Mosquitoes infect millions of people around the world with parasitic diseases like malaria. Malaria is one of the leading causes of sickness and death in the developing world. According to World Health Organization statistics, malaria caused 1 million deaths in 2008, mostly among African children.

When female mosquitoes take blood meals, they can pick up viruses that cause other human diseases in humans, like dengue or yellow fever. They also transmit nematodes that become heartworms in animals. The disease pathogens multiply in the mosquito. When the mosquito takes another meal, the pathogens can pass to another host through the mosquito's saliva.

Brown said understanding the regulation of reproduction in mosquitoes can give researchers insight on how pathogens can multiply in the female’s body during a reproductive cycle.

Knowing how mosquitoes translate chemical messages inside their bodies could help scientists develop ways to control mosquito populations, he said. For example, they might be able to disguise a chemical, or a mimic, to disrupt chemical messages and prevent the mosquito from reproducing.

The National Institutes of Health and the United States Department of Agriculture fund Brown’s research. 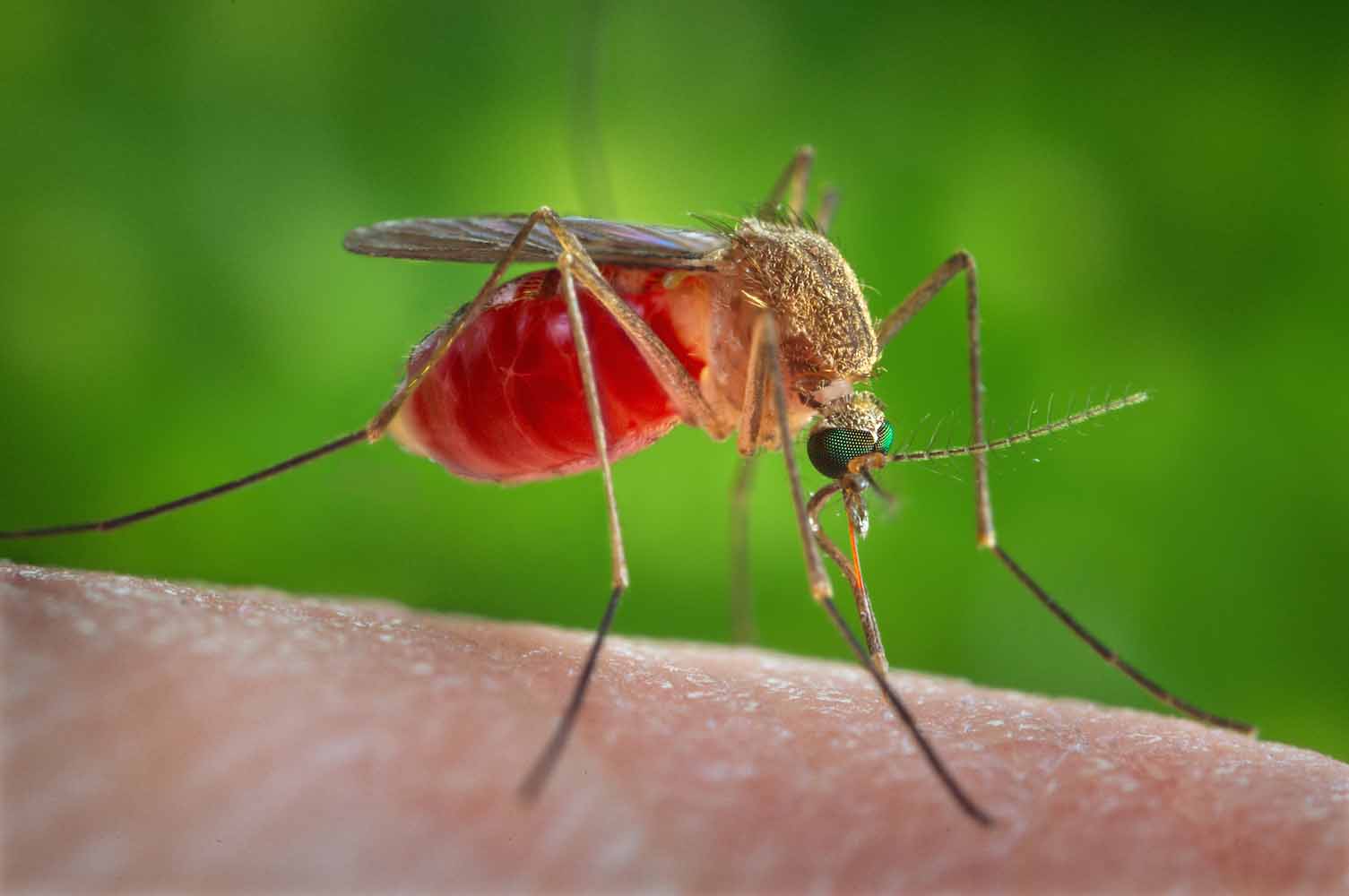 CAES News
Zika is making headlines, but West Nile virus may be more prevalent this year 07/01/16 Merritt Melancon
With its shocking impact on babies and mothers, the Zika virus has gotten a lot of attention. However, some entomologists are looking at the current, abnormally dry weather and becoming concerned that another mosquito-borne illness could become a threat later this summer.
CAES News
Dry weather has given some parts of Georgia a slow start to mosquito season, but Georgians are urged to remain vigilant 06/30/16 Merritt Melancon
Abnormally dry conditions this summer have kept Georgia’s mosquito populations mercifully low, but that’s no reason for Georgians to let down their guard this season.

CAES News
Don't let ticks keep you out of the woods this summer. 06/30/16 Melissa Jackson
Don’t be afraid of ticks, says Nancy Hinkle, a University of Georgia professor of entomology.

CAES News
Spring is the time to eliminate mosquito habitats from the landscape 03/10/16 Merritt Melancon
With warmer temperatures around the corner, Georgia’s mosquito season won’t be far behind. This year the remote chance of a southeastern U.S. outbreak of Zika — a mosquito-borne virus now prevalent in parts of South America — has university and public health officials doubling down on their message of how to control the pest.
CAES News
UGA pest control training facility expands to teach bed bug control and more 10/29/15 Sharon Dowdy
Since the pest control training center opened on the University of Georgia campus in Griffin, Georgia, thousands of pest control operators from across the Southeast have received training. Now the training facility is expanding to allow pest control operators to learn how to control pests in commercial kitchens and schools and pests like bed bugs in bedroom settings.
Subscribe for Updates