Bioenergy scientists, policymakers, industry leaders and enthusiasts met in Tifton, Ga., Aug. 3-5 to discuss how Georgia and surrounding states could soon establish and grow a vibrant renewable energy market to help the world find alternative ways to power itself.

The three-day 2010 Southeast Bioenergy Conference was held at the University of Georgia Tifton Campus Conference Center. Keynote speaker Christopher Steiner told more than 500 participants that costly gas isn’t necessarily a bad thing. It could be the catalyst to spark a sincere, long-term U.S. energy strategy to break its addiction to foreign oil.

Right now, there are 1 billion people living “America-style” lives, or lives demanding high energy needs, he said. By 2040, that number will be 3 billion.

“That’s three times as many people demanding the kind of energy, the kind of stuff, the kind of lives we have and standing with us at the world’s energy spigot,” said Steiner, a Forbes staff writer and author of the recently published “$20 per gallon.”

Several years ago when prices hit $2 per gallon, not much changed; and $3-per-gallon gas a few years later did little to change consumption. But in 2008, when prices topped $4 per gallon, things changed. That year, Americans drove 100 billion fewer miles than in 2007.

“It’s very clear to me that the changes gas price bring to us is as much a study in sociology as they are in economics,” said Steiner, who predicts gas prices could reach $6 per gallon in the next five years.

Some oil used by Americans comes from anti-American countries

The U.S. uses 25 percent of the world’s oil supply, importing 60 percent from unstable countries or ones that publicly speak against American policies or actions, said U.S. Rep. Jack Kingston (R-Ga.).

“Our scramble for alternative fuels is as much a matter of national security as it is anything about economics or the environment,” he said. “And I believe that innovation, conservation and exploration, just like you do, have to be part of it.”

The state’s “sun, soil and water” provide for fertile grounds for mass bioenergy production, Gov. Sonny Perdue said during the conference luncheon. He added that major energy companies in the U.S. and around the world are now looking to do potential business in the state.

“The good news is we’re in a good spot. We have everything it takes: natural resources, intellectual capital and an entrepreneurial spirit,” he said. “…We have watched the birthing and nurturing and potty training of a whole new industry in Georgia.”

Lectures and breakout sessions at the conference included “Your Next Job Could be in Clean Energy Technology,” “Wood Pellets – The Southeast’s Hottest Export,” “Promising Energy Crops for the Southeast,” “New Developments in Bioenergy Products & Processes” and “Ag Energy in Action – Success Stories from the Southeast.”

More information on the conference can be found at www.sebioenergy.org. 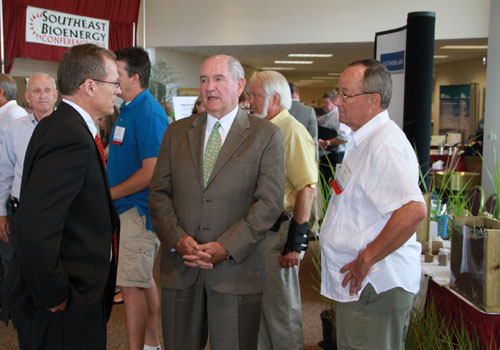 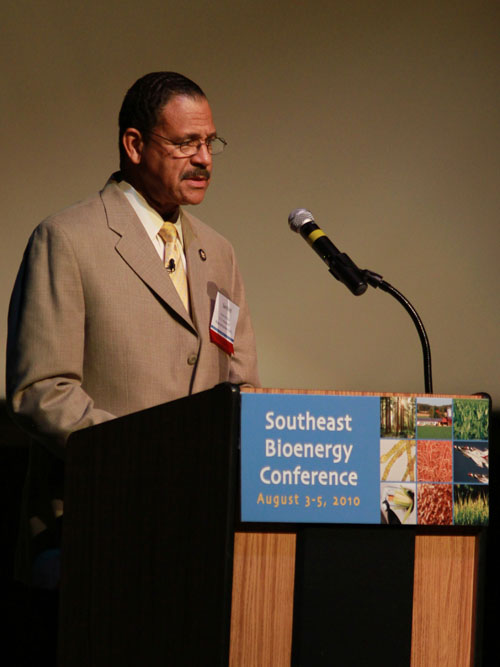