As the economy begins to pick up, so are food prices

In the past two years, consumers have witnessed record-high and rock-bottom food prices. Now, along with the economy, prices are picking up. Increases in demand are driving consumer meat prices higher.

"We've seen all protein prices increase over the past several months, especially beef," said Curt Lacy, a livestock economist with University of Georgia Cooperative Extension. "Demand is picking up some as consumers appear to have more income or at least more they are willing to spend on meats."

Memorial Day kicks off the unofficial grilling season, which lasts through Labor Day.

“This is the time of year we typically see an increase in demand for beef,” Lacy said.

The average American eats 60 pounds of beef a year, he said. Half of it is eaten away from home. The hamburgers, steaks, meatballs and chili are consumed either in restaurants or at ball parks and other food industry establishments.

“In the economic downturn, we saw this demand decrease the most,” Lacy said. “The food service and restaurant sector really suffered, but all indicators show it is starting to turn the corner. The increase demand is coming from that sector.”

According to the National Restaurant Association’s Restaurant Performance Index, the industry is experiencing an increase. Fueled by restaurant operators’ outlook for sales growth, capital spending plans and staffing levels, the index rose to its highest level in 27 months in February.

That increase in demand is increasing prices at the grocery store.

Favorable retail prices have helped livestock producers. So far this year, hog carcasses are bringing about 15 cents more per pound. Cattle prices are up about 12 cents a pound compared to last year, Lacy said.

“We have really tight supplies in feed lots right now with fewer calves heading into feed lots,” Lacy said. “We will bring less beef to market this coming year.”

Milk prices are picking up, too.

According to the U.S. Department of Agriculture, the retail price of a gallon of milk in Georgia averaged $2.84 during the first quarter of 2010, a dime over the last quarter of 2009. In 2008, prices averaged $4.09 per gallon and climbed as high as $4.49 during the summer months.

“We are seeing some expected recovery following a year of devastatingly low farm milk prices,” Shepherd said. “This increase is in line with average long-term trends, although producers are not seeing quite as strong of a recovery as was expected earlier this year.”

But, large cheese stocks and sluggish domestic consumption of dairy products should keep prices at the market relatively stable for the foreseeable future, Shepherd said.

“Cheese prices are a major driver of farm milk prices,” he said. “If there is a lot of storable commodity out there, in the form of cheese and butter, then prices decline, which translates back into lower farm milk prices and into lower grocery store prices as well.” 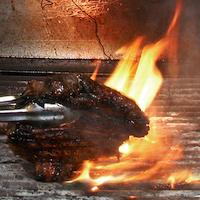 CAES News
Growing the future of medicine 10/19/22 Leonor Sierra
While current medicine can slow down the progression of many diseases, the relatively new field of regenerative biology uses stem cells and advanced therapies to treat or reverse the course of disease and injuries. The Regenerative Bioscience Center at the University of Georgia has become a leader in this field.
Subscribe for Updates