What better way to generate funding for Georgia 4-H's horse programs than through a world-class horse show jumping event.

Set for Saturday, June 26, the $25,000 Grand Prix/Outback Charity Dinner will do just that. Sponsored by Classic Company, Ltd., in cooperation with the Georgia Horse Council, the event will be held at the Georgia International Horse Park in Conyers, Ga.

The day's events will begin at 10 a.m. with a silent auction that closes at 4 p.m. "The auction will include a host of items like jewelry, purses and even furniture," said Sue Vetsch of the Georgia Horse Council. "We will also be auctioning a breeding to UGA's Level Sands."

A retired race horse, Level Sands’s lineage includes Triple Crown winner Secretariat. He was donated to the UGA Athletic Equestrian program by alumnus Roy Dorsey of Atlanta. Level Sands was named Stallion of the Year in the state for 2003 by the Georgia Thoroughbred Owners and Breeders Association. He won the award through the earnings of his offspring. In the 2002 season alone, they won over $500,000 in prize money.

Sired by Storm Cat, a grandson of Secretariat, Level Sands earned $117,682 over the course of his racing career and set a track record at Keeneland in Lexington, Ky., in 1995. That same year he defeated 1994 Kentucky Derby winner Go for Gin at the Churchill Downs Handicap.

Also up for auction at the June 26 event are a 15-year-old Hanoverian mare who has jumped four feet, and an impressive hunter pony.

At 1 p.m. a host of free activities will begin including pony rides, horse-drawn carriage rides and a moonwalk.

The Bob Bell $25,000 Charity Outback Dinner will begin at 5 p.m. The dinner will be held ringside during the Grand Prix. Provided by Outback Steakhouse, the dinner will feature steak or chicken, rice, cheesecake and beverages.

The show jumping event will begin at 6 p.m. with general admission tickets available for a $10 donation. Children under 10 will be admitted free.

"We are so grateful to Bob Bell for donating the proceeds of the day's show to Georgia 4-H and to Outback Steakhouse for donating all the food," Vetsch said. "At the dinner, 400 people will dine under a huge tent on the Grand Prix field where the Olympics were held. This is a very exciting event where spectators will see horses jumping more than six feet."

The Georgia International Horse Park opened in 1995 and served as the equestrian venue for the 1996 Centennial Olympic Games.

CAES News
16 must-haves to support local Ag Dawgs this holiday season Posted on 11/26/21 by Leslie Matos
Consider supporting the endeavors and small businesses of College of Agricultural and Environmental Sciences alumni — and forgo the rush and bare shelves you may find during this year's Black Friday sales.

CAES News
Outstanding CAES alumni recognized in 2022 Bulldog 100 Posted on 11/23/21 by Leslie Matos
Nine University of Georgia College of Agricultural and Environmental Sciences alumni businesses were included in the 2022 Bulldog 100, a list that celebrates the 100 fastest-growing organizations owned or operated by UGA alumni. 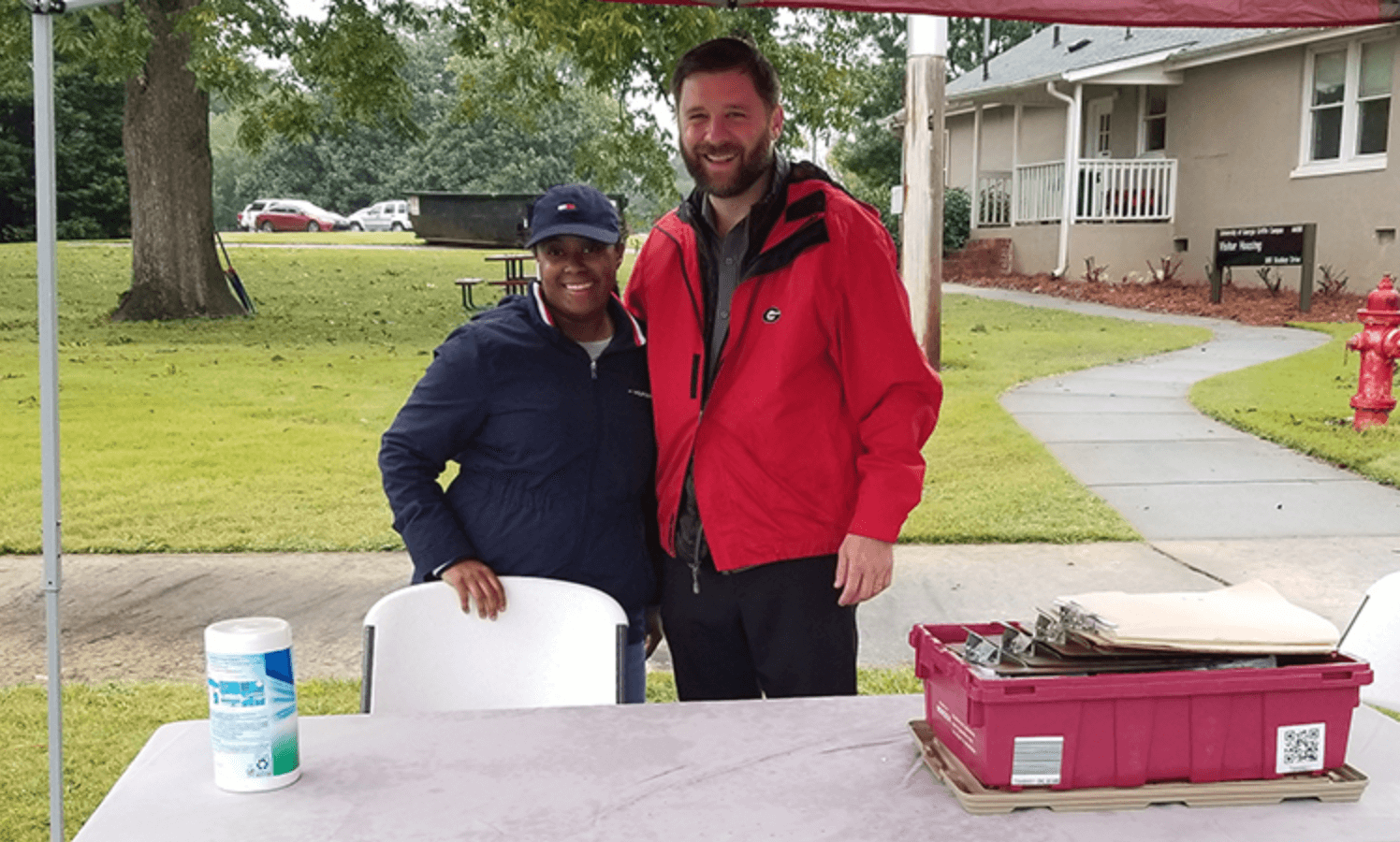