‘Insect apocalypse’ may not be happening in U.S.

Scientists have been warning about an “insect apocalypse” in recent years, noting sharp declines in specific areas — particularly in Europe. A new study shows these warnings may have been exaggerated and are not representative of what’s happening to insects on a larger scale.

University of Georgia professor of agroecology Bill Snyder sought to find out if the so-called “insect apocalypse” is really going to happen, and if so, had it already begun. Some scientists say it might be only 30 years before all insects are extinct, so this is a really important and timely question for agriculture and conservation.

Snyder and a team of researchers from UGA, Hendrix College and the U.S. Department of Agriculture used more than 5,300 data points for insects and other arthropods — collected over four to 36 years at monitoring sites representing 68 natural and managed areas — to search for evidence of declines across the United States.

Some groups and sites showed increases or decreases in abundance and diversity, but many remained unchanged, yielding net abundance and biodiversity trends generally indistinguishable from zero. This lack of overall increase or decline was consistent across arthropod feeding groups, and was similar for heavily disturbed versus relatively natural sites. These results were recently published in “Nature Ecology and Evolution.”

The idea for the study started last year with a cross-country road trip for Snyder from Washington state to his new home in Georgia.

“I had the same observation a lot of people had. We had our drive across the country — you don’t see as many insects squished on your car or windshield.”

When he got to his home in Bishop, Georgia, it seemed like a different story.

“I noticed the lights outside were full of insects, as many as I remember as a kid,” he said. “People have this notion — there seems like [there are] fewer insects — but what is the evidence?”

There is some alarming evidence that European honey bees have problems, but Snyder was curious if insects everywhere are in decline. “We depend on insects for so many things,” he said. “If insects disappear it would be really, really bad. Maybe the end of human existence.”

He was discussing the topic with another biologist and friend, Matthew Moran at Hendrix College, and they recalled the U.S. National Science Foundation’s network of Long-Term Ecological Research (LTER) sites, which were established in 1980 and encompass a network of 25 monitoring locations across each of the country’s major ecoregions.

The NSF’s LTER data is publicly available, but has not previously been gathered into a single dataset to be examined for evidence of broad-scale density and biodiversity change through time until now.

Arthropod data sampled by the team included grasshoppers in the Konza Prairie in Kansas; ground arthropods in the Sevilleta desert/grassland in New Mexico; mosquito larvae in Baltimore, Maryland; macroinvertebrates and crayfish in North Temperate Lakes in Wisconsin; aphids in the Midwestern U.S.; crab burrows in Georgia coastal ecosystems; ticks in Harvard Forest in Massachusetts; caterpillars in Hubbard Brook in New Hampshire; arthropods in Phoenix, Arizona; and stream insects in the Arctic in Alaska.

The team compared the samples with human footprint index data, which includes multiple factors like insecticides, light pollution and built environments to see if there were any overall trends.

“No matter what factor we looked at, nothing could explain the trends in a satisfactory way,” said Michael Crossley, a postdoctoral researcher in the UGA department of entomology and lead author of the study. “We just took all the data and, when you look, there are as many things going up as going down. Even when we broke it out in functional groups there wasn’t really a clear story like predators are decreasing or herbivores are increasing.”

“This is an implication for conservation and one for scientists, who have been calling for more data due to under-sampling in certain areas or certain insects. We took this opportunity to use this wealth of data that hasn’t been used yet,” explained Crossley, an agricultural entomologist who uses molecular and geospatial tools to understand pest ecology and evolution and to improve management outcomes. “There’s got to be even more data sets that we don’t even know about. We want to continue to canvass to get a better idea about what’s going on.”

To answer Snyder’s broad question of, “Are there overall declines?” No, according to the study. “But we’re not going to ignore small changes,” Snyder said. “It’s worthwhile to differentiate between the two issues.”

Particular insect species that we rely on for the key ecosystem services of pollination, natural pest control and decomposition remain unambiguously in decline in North America, the authors note.

In Europe, where studies have found dramatic insect declines, there may be a bigger, longer-term impact on insects than the U.S., which has a lower population density, according to Snyder.

“It’s not the worst thing in the world to take a deep breath,” suggested Snyder. “There’s been a lot of environmental policies and changes. A lot of the insecticides used in agriculture now are narrow-acting. Some of those effects look like they may be working.”

When it comes to conservation, there’s always room for everyone to pitch in and do their part.

“It’s hard to tell when you’re a single homeowner if you’re having an effect when you plant more flowers in your garden,” he said. “Maybe some of these things we’re doing are starting to have a beneficial impact. This could be a bit of a hopeful message that things that people are doing to protect bees, butterflies and other insects are actually working.” 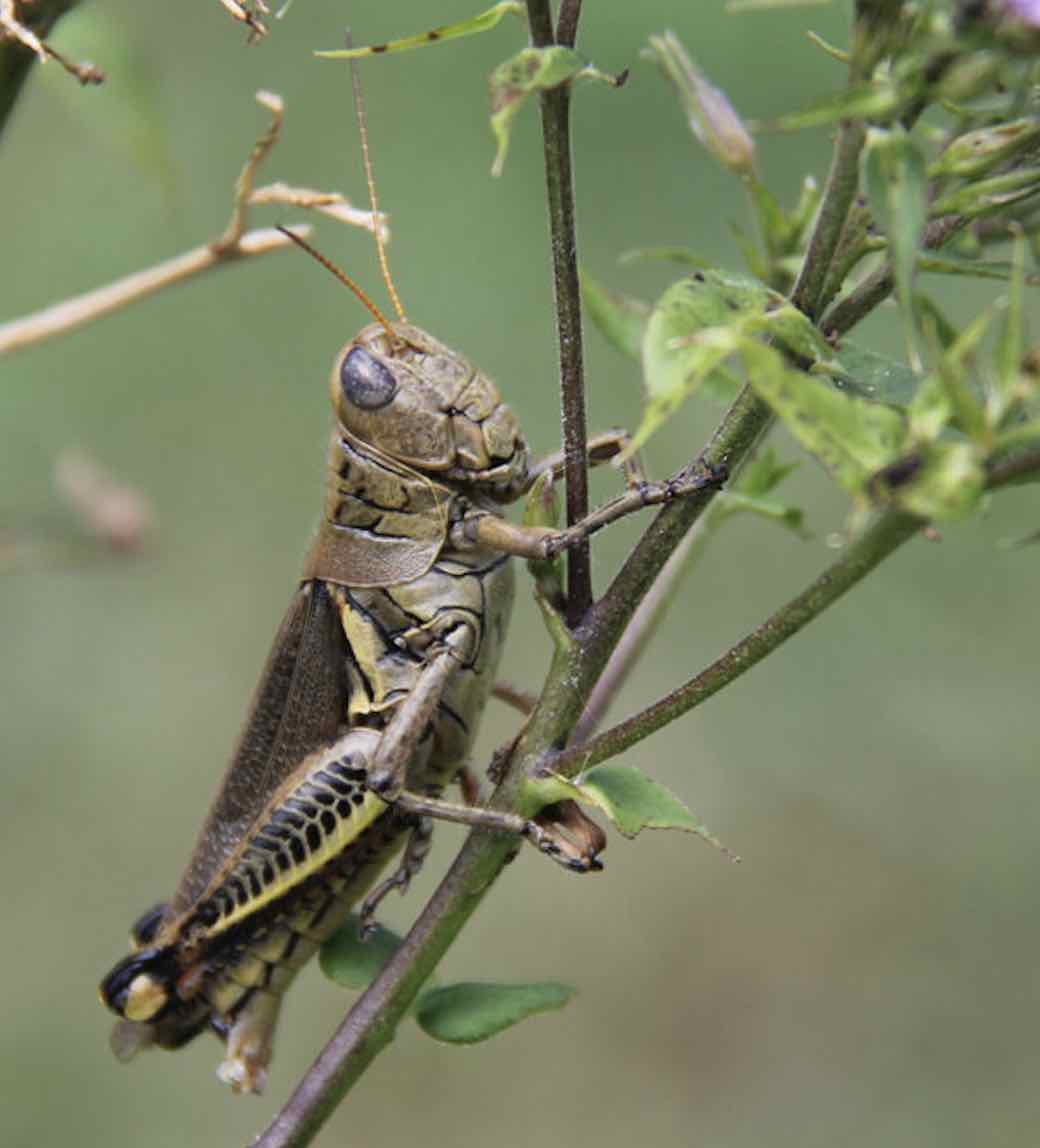 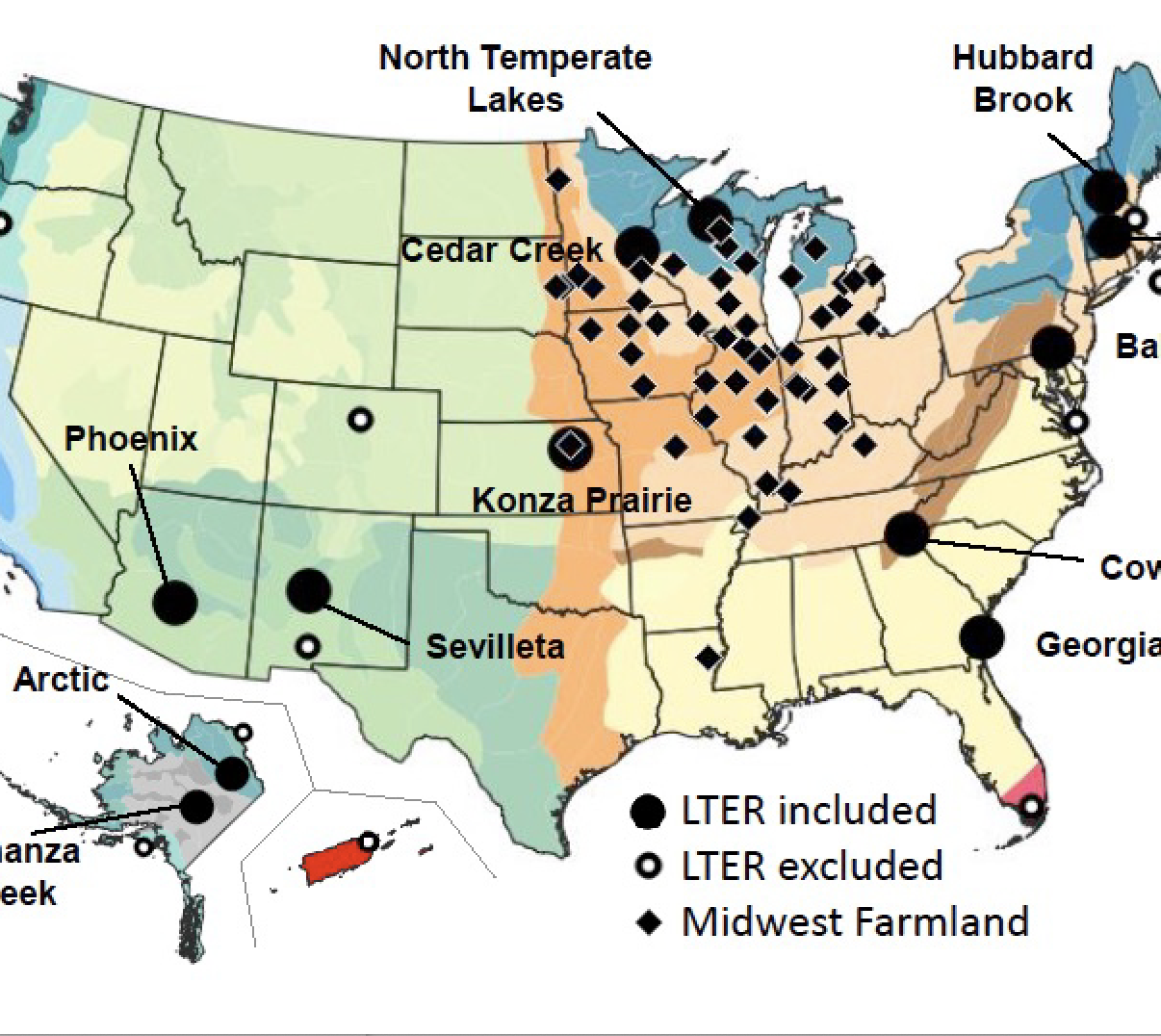 CAES News
10 ways UGA is helping honeybees Posted on 04/27/21 by Sara Freeland
University of Georgia faculty and students are working to better understand pollinators and the threats they face. Pollinating bees are vital to healthy crops and a thriving ecosystem, but are under threat of extinction from disease, pollution and other factors. Here are 10 ways UGA is working to help pollinators.

CAES News
Evolution of the fastest jaws in nature: function before form in miniature trap-jaw ants Posted on 03/02/21 by Maria M. Lameiras
Trap-jaw ants are famous for having one of the natural world’s fastest movements, and a new study led by a University of Georgia graduate shows that the core mechanism that allows this speedy movement evolved multiple times within a single ant genus, leading to the spectacular diversification of mandible shape each time.
Subscribe for Updates