Ellen Bauske is a boundary spanner — she’s known as a person who brings people and organizations together on national, regional and local levels.

It’s one of the many reasons she received the American Society of Horticultural Science’s 2020 Extension Educator of the Year Award, which recognizes an educator who has made an outstanding contribution to extension education in horticulture for more than 10 years.

Bauske serves as a program coordinator for the University of Georgia Center for Urban Agriculture in the College of Agricultural and Environmental Sciences. She has helped develop innovative programming in a variety of disciplines, including integrated pest management, water, consumer horticulture, Master Gardener Extension Volunteer training, community gardens, landscape and tree care worker safety.

"Ellen Bauske is a doer,” said Dan Suiter, who is chair of the center’s faculty advisory committee. “Her formal training is in plant pathology, but she has been very adaptable in the many years she's been with the Center for Urban Agriculture. She, like no one I've known, can get people to move as a group in the direction of accomplishment. It's a rare skill."

Harald Scherm, head of the Department of Plant Pathology, agrees. “Ellen has consistently reinvented herself and her Extension programming during the past 15 years,” he said. “She has been remarkably responsive to emerging needs and opportunities.”

Bauske currently serves as chair of the National Initiative for Consumer Horticulture, an organization she's worked with to strengthen academic and industry collaboration since 2012. Along with fellow academics, she gathers industry stakeholders and national leaders from nongovernmental organizations to help increase recognition of the human health, economic and environmental benefits of consumer horticulture.

“For the first time in consumer horticulture, we’re making an effort to lock arms with our industry partners, and that’s a game changer,” Bauske explained. “We’ve always paid attention to home gardeners, but now we have also reached out to our industry stakeholders,  retailers and the services that meet the needs of gardeners. That includes landscapers, arborists, garden centers, garden writers and the many nonprofits involved in residential food production. We are forging those relationships now to build common ground. We’ve been putting out proposals for grants and they’re getting better and better.”

Gail Langellotto, professor of urban and community horticulture Extension at Oregon State University, says the organization has been a successful endeavor under Bauske’s leadership.

“It is not hyperbole to say that she has helped to elevate the field of consumer horticulture so that those of us who work in the field are better networked, more competitive for federal funding, and better able to communicate the value of our work to stakeholders and decision makers,” she said.

Based at the UGA Griffin campus for more than 15 years, Bauske stays connected to UGA Cooperative Extension specialists and agents around the state. One of her most well-known focus areas is chainsaw education programming, and she developed the UGA Saw Safety Team to have agents deliver trainings and timely information to industry professionals and homeowners.

Tree care is the most dangerous job in the U.S. The Southeast is prone to many natural disasters that cause extensive tree damage. Storm damage is dangerous for professionals, and it often prompts homeowners who don’t regularly use chainsaws to pull them out and start cutting.

“With the hurricanes blowing through, OSHA (the U.S. Occupational Safety and Health Administration) asked if we could do an emergency safety training about chainsaws. When storms like that go through, everybody grabs a chainsaw — and I mean everybody. They’ll think, ‘it’s already on the ground, how dangerous can it be?’ It’s incredibly dangerous,” Bauske said.

Outreach for the program included videos like, “Common tree felling accidents and what you can do to prevent them,” which has been viewed nearly 680,000 times. Ultimately, a total of 1,220 people received 2,215 hours of in-person safety training.

She has also authored or coauthored numerous guides and UGA Extension publications, including “Chainsaw Safety: Always Use Your Personal Protective Equipment (PPE),” “Choosing a Landscape Irrigation Contractor” and “Hiring a Tree Care Service.”

Whether it’s organizing a survey for the Georgia Arborists Association, promoting native pollinator programs or creating training materials for OSHA, Bauske always has a team-oriented approach.

“I’ve never had a project with less than five people on it,” she said. “I’ve done a lot of work with the states around us.  We can do more together than we could ever do alone.”

Locally, Bauske has helped support the Healthy Life Community Gardens in the Fairmount community, a historically Black neighborhood in Griffin. The garden serves as a focal point for extension educational programming and provides a safe location for activities.

After the development of the garden, an interest in the history of the neighborhood fostered the Fairmont Oral History Project, a collaboration with the UGA Special Collection Libraries to document the desegregation of the city.

“I had once read that community gardens are often the site of political organization — they’re not kidding,” she recalled. “It’s amazing what fruits grow there.”

For more information about ASHS, visit ashs.org. To learn more about the Center for Urban Agriculture, see ugaurbanag.com. 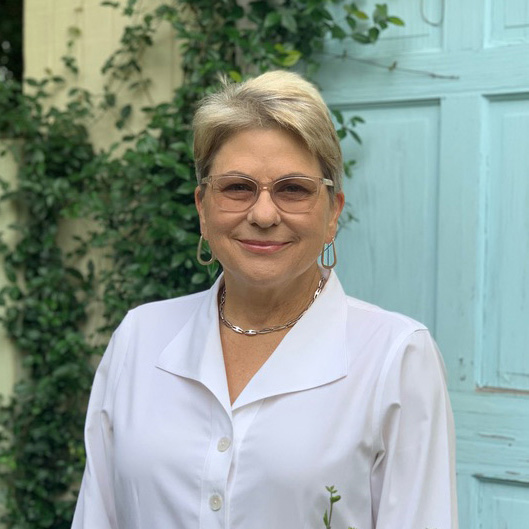