UGA senior is for the birds

“When I was four, my dad bought me a few Rhode Island Red chickens for laying,” said Hix, an avian biology major in the College of Agricultural and Environmental Sciences. “I’d get the eggs and sell them at church on Sunday. I’d fight all year to get $80 together to buy more chickens.”

His operation began with 25 laying hens. He gathered eggs from these hens and sold them to buy feed, putting aside money when he could to grow his flock, always of different breeds — from unusually colored blue laced red Wyandottes to fluffy-plumed Silkies. The power of networking grew from a simple operation of laying hens to a collection of approximately 1,000 rare and exotic birds from all over the world.

Walking among hundreds of enclosures he built with the help of family, Hix rattles off names of birds at a dizzying pace.

From the Australian emus and South American rheas that placidly stalk among Boer goats and sheep in his parents’ sprawling backyard to turacos from Africa and great argus pheasants worth thousands per breeding pair.

While Hix has some domestic breeds — homing pigeons, turkeys, a variety of bantam chickens, pheasants and quail — he says he doesn’t like “the domestic stuff.”

“I like the birds you find in the wild,” he adds.

He branched out into more exotic species beginning with pheasants he bought when he was 16 and expanded from there.

“My parents said I could have anything I wanted as long as I took care of them and paid for them,” he said before pausing. “I don’t think they thought it would go this far.”

Adam Davis, an associate professor in the Department of Poultry Science, is Hix’s advisor and faculty mentor.

“I have had students who have had more experience with the poultry industry and broiler houses, but nobody has ever had as much experience in the exotics as Vince. He is, by far, more experienced than anyone I’ve ever met in my 20 years here as far as students go,” Davis said. “When there is something he is passionate about, he is very proactive. It doesn’t bother him to call whoever he needs to find out what he’s after.”

Many in the exotic bird industry have gotten to know Hix and have entrusted him with birds other facilities have had difficulty breeding.

“He’s been successful at breeding birds no one else could breed. That’s led to zoos and a lot of people loaning or giving him birds if he will breed them and share the offspring,” Davis said.

On his family’s property and on 40 acres he bought nearby to expand his collection, Hix has birds from every continent except Antarctica.

“There are some birds at my house that you wouldn’t even think existed,” said Hix.

Egyptian geese wander between enclosures holding birds with outlandish names like the violaceous turaco from Africa or far-flung locales like the black francolins from India, multihued Mandarin ducks from East Asia, bronze-tailed peacock-pheasants from Sumatra, great currasows from Costa Rica, and Bornean crested fireback pheasants who look as if they are wearing blue masks over their eyes.

Among the many birds you will find in his possession, some are the last of their breed and others are rarely seen in the U.S. outside of zoos or sanctuaries.

Hix has been a part of multiple initiatives to preserve breeds of birds all over the world while still in college.

In one enclosure are a pair of Edwards’s pheasants that are extinct in their native Vietnam. Hix has raised more than 40 of the birds with his breeding pair.

When it comes to the Galliformes species — an order that includes about 290 species including turkeys, chickens, quail, partridge, pheasant, peacock, guinea fowl, and grouse — “I’d rate him No. 1 in the world as far as breeding,” said Davis. “Some of the curassows he’s breeding, no one else can breed.”

Hix has put in many hours of hard work to create his exotic bird oasis. There is not an instruction manual for an operation like his, so much of his time is spent discovering the best ways to raise various species. He has built relationships with exotic bird collectors and experts, calling them with questions and comparing notes on breeding. He also provides birds to zoos worldwide.

"With exotic birds it is a lot of trial and error," said Hix, pointing out two breeding pairs of Ceylon jungle fowl in adjoining enclosures. He obtained one pair from another breeder who wasn’t able to successfully breed them. Hix was having similar issues with the pair until another breeder mentioned that he had luck getting fertilized eggs from his birds after he put a mirror in his birds’ enclosure, inciting jealousy in the male. In a play on the ploy, Hix got another pair of the birds and put them in an adjacent enclosure.

“I’ve gotten 20-plus birds from them now,” he says. “It is just something I figured out. There’s nobody to tell you a lot of this.”

In a henhouse on the property, Hix keeps dozens of Old English game hens whose sole job is to incubate the eggs of the exotic birds he breeds.

“I hatch every bird underneath a hen and only have incubators for backup,” he said.

In addition to the four hours a day he spends caring for his birds, Hix attends classes at CAES and works with Davis in his lab.

“When Vince is talking casually to you, he makes it seem like there’s nothing to it, but he’s gone through a lot of observations and experience. He has a confidence; he’s not afraid to try anything. And, once he gets his mind set on something, it is going to happen. He is determined. This is why people come to him,” Davis said. “He really is extraordinary. Based on the success of his breeding and his personality — especially his personality — it’s hard to say no to Vince. People are comfortable doing things with him and loaning him birds and trying different things. Then, once he has success, that leads to other people contacting him from zoos to help them with breeding.”

After graduation, Hix said he is considering medical school. Davis said he hopes Hix will apply to graduate school in avian biology so he can continue to work with him at CAES.

"I’ve spoken to him about a master’s and a PhD. I also have friends who have a DVM and a PhD, and I think Vince is definitely suited to the PhD side, but he’ll go beyond that,” Davis said. “He’s gotten so much experience just by himself that, with a PhD, there won’t be anything he can’t do related to medicine and birds.”

Regardless of where his career path leads him, Hix plans to build a house on his property near his parent’s farm, along with room for whatever other animals he gets the notion to collect.

“I’d love to have aviaries attached to the house and a balcony where I can feed giraffes,” Hix mused before he was off to take care of his birds.

(This story was produced for the CAES magazine Southscapes. For more stories from the most recent issue of Southscapes, visit southscapes.caes.uga.edu.) 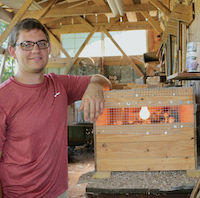 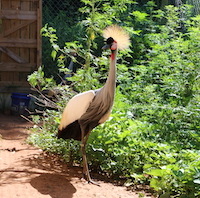 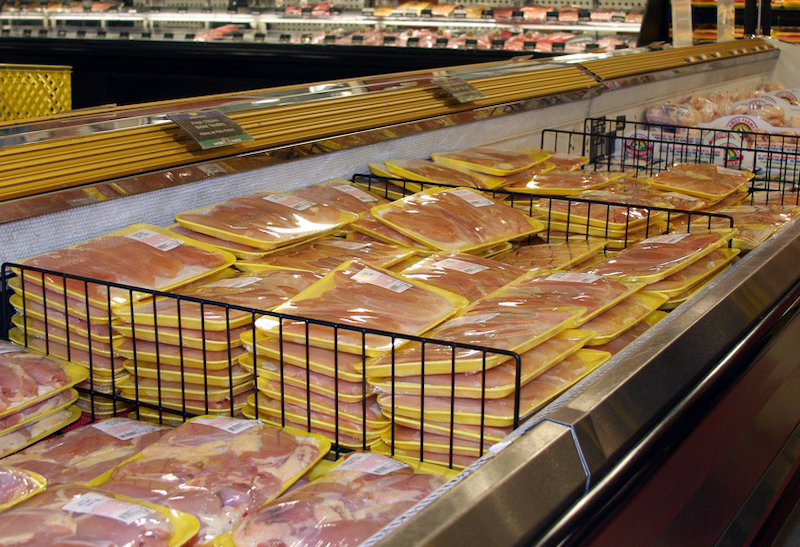 CAES News
Consumers spread bacteria when preparing raw poultry Posted on 08/28/19 by Alexis Roberts
Food safety experts have been warning consumers against washing and rinsing raw poultry for many years, citing how the bacteria in poultry juices can spread and cross contaminate other foods, utensils and surfaces. A USDA report shows that many aren't listening.