A farmer driving a tractor over rolling fields of crops ready to harvest is often the idyllic image associated with farm life.

In reality, the life of a farmer is often wrought with worry and financial stress due to a variety of factors from crop disease and destructive insects to violent storms, drought, and damaging floods. All of these factors and more contribute to the sobering fact that the suicide rate among farmers is the third highest of any vocational group, according to the Centers for Disease Control and Prevention.

“Since 1999, the suicide rate in America has gone up 30 percent. If that had been an increase in cardiovascular disease, we would have launched a nationwide campaign to find solutions,” said Sam Pardue, dean and director of the University of Georgia College of Agricultural and Environmental Sciences (CAES).

Addressing 135 attendees at UGA’s first Rural Stress Summit held Dec. 10-11 in Atlanta, Pardue said, “I grew up in a rural community and I think there are so many good things about it that I’m looking to this group to help save it.”

Sponsored by the CAES and UGA’s College of Family and Consumer Sciences and School of Social Work, the event drew participants from 20 states and the District of Colombia and was organized to educate and motivate representatives of state- and federal-funded groups that serve rural Americans.

“Everyone knows what it’s like to have stress, anxiety and to be burned out. People in rural areas suffer just like those in metro areas. They just may not know where to seek help for a behavioral health issue,” Pardue said.

Among the summit’s speakers was Ted Matthews, director of Minnesota Rural Mental Health, who has counseled rural Americans for the past two decades, including through two devastating natural disasters in the 1990s.

While everyone should strive to be mentally healthy, it is common for individuals to downplay the severity of their mental health issues.

“For farmers, farming is their way of life. Farming is what they do. They will keep doing it way past when they shouldn’t, but that is their way of thinking,” Matthews said. “We need to understand them in order to help them and we have to be a part of their belief system.”

According to Matthews, for every completed suicide, there are 25 attempts. And, when it comes to stress, women and men cope differently; women more often want to talk and men tend to pull away. More women attempt suicide than men, but more men die from suicide, he said.

“I want to talk about how we can get people to talk so that that suicide doesn’t happen,” Matthews said. “Why is only one part of the question. We can’t get fascinated with the whys and not move on to what we need to do. Working with people and helping them change direction is better than doing nothing.”

In Minnesota, Matthews partners with sheriff’s departments, social services, county Extension agents, the department of agriculture and others to reach those struggling with mental health issues.

“We have to work together. If we do nothing, we are part of the problem,” he said.

“Midlife deaths of despair in U.S. are on the rise. It’s a crisis in rural America and it’s not just happening in one place,” Matthews said, defining a death of despair as one caused by alcohol or drug abuse.

Anna Scheyett, dean of the UGA School of Social Work, said health and relationship issues can be major reasons for suicide.

“Financial problems cause relationship stress. It’s not linear; it’s a big web,” Scheyett said. “Poor health causes people to not be able to work and then they feel as if they are a burden.”

The summit concluded with roundtable discussions on how to best reach rural Americans in need of support from the various state, federal and non-profit organizations represented.

“We know there are barriers, but they don’t have to be insurmountable,” said Kevan Lamm, an assistant professor of agricultural leadership, education and communication at CAES, who facilitated the discussions.  “We don’t start with a solution. We begin by sharing our insights and thoughts and then we search for solutions. As ruralists and agrarians, that’s what we do. We are passion and purpose driven.”

In Georgia, the next step in will be to debrief and talk about specific plans, particularly how UGA can partner with multiple stakeholders to support farmers and rural communities in Georgia, Scheyett said.

“There are some incredible challenges and it will not get better on its own. We will have a brighter future if we work together,” Pardue said.

Videos of summit presentations will soon be available at ruralstress.uga.edu. 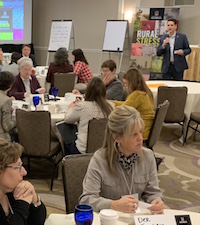 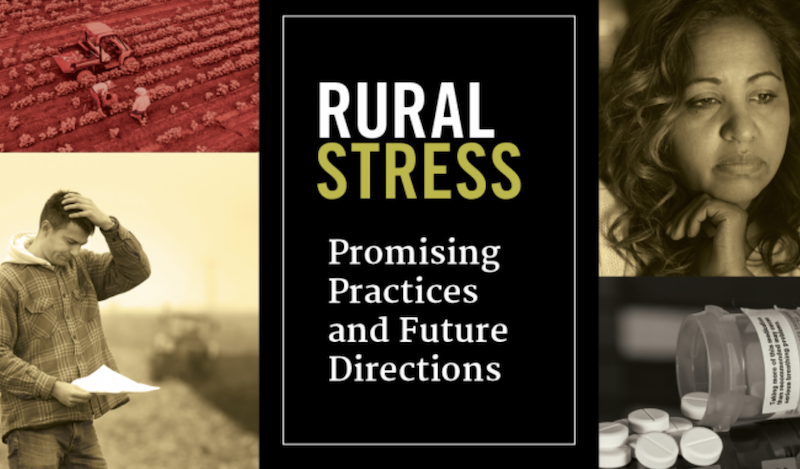 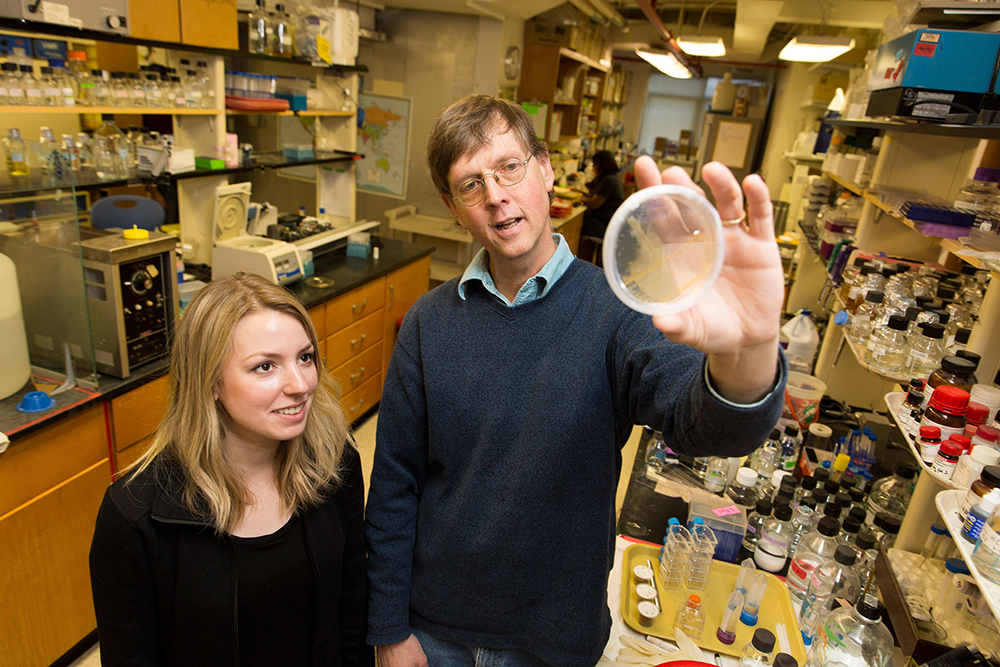 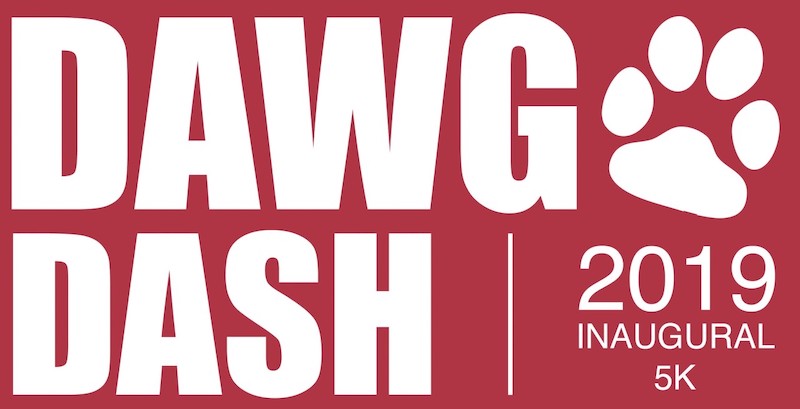 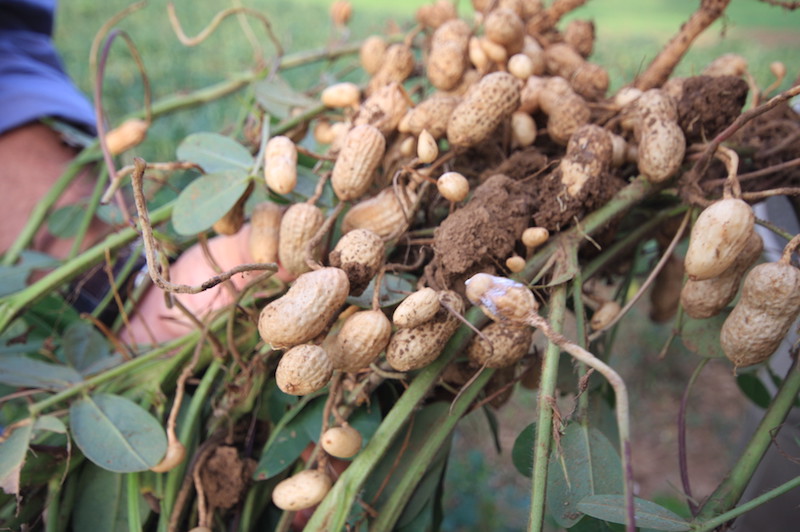 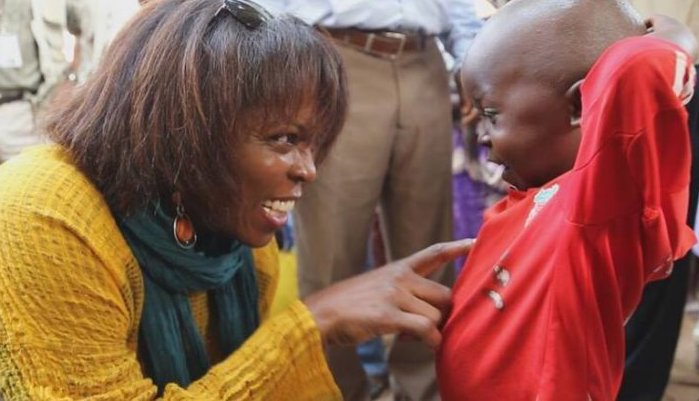