Peach farmers optimistic about 2018 after a disastrous 2017 crop

Georgia is due for another blast of arctic air this week and, while Georgians themselves might be groaning about the cold weather, it’s beneficial for the state’s peach crop.

After warm winters in 2016 and 2017 left the state with near-record low numbers of chill hours, peach crops were already on the ropes. Then growers suffered catastrophic damage from a late-March frost and wind damage from Hurricane Irma.

With chill hours back to normal levels — around 900 hours in middle Georgia — peach experts and farmers are very optimistic about the triumphant return of the state’s projected $48 million peach crop this summer.

“We’re in good shape; we really only need about 900 (chill) hours,” said Jeff Cook, University of Georgia Cooperative Extension Agriculture and Natural Resources agent in Peach and Taylor counties. “Last year we had less than 500 — we had 493.”

There is a five-county area surrounding Peach County that accounts for over 90 percent of the state’s peach production. Georgia’s top three peach-producing counties are Macon, Peach and Taylor, with the major producers managing orchards in several neighboring counties.

Peach trees are on track to produce flowers in March and, barring any late frost events, should have a good peach season, Cook said.

Still, growers must be vigilant to ensure that the damage caused by last year’s weather doesn’t affect this year's crop.

At the Southeast Regional Fruit and Vegetable Conference in early January, UGA Extension plant pathologists and entomologists warned growers that last year’s climate problems could lead to insect and disease problems this year.

Peach trees need between 650 and 950 chill hours, or hours below 45 degrees, to produce a healthy number of leaves, blooms and fruit the following summer.

In 2017, Georgia’s peach trees — the bulk of which are centered in the middle of the state — received less than 500 chill hours. Even for warm-weather varieties, the warm winter was extremely detrimental, with trees producing few leaves, much less blooms or fruit, said Dario Chavez, UGA Extension peach horticulturist.

Chavez works to pinpoint varieties that may have more flexible chill hour requirements and that bloom later to protect from late frosts. Last year’s weather helped him pinpoint some promising contenders able to combat the state’s increasingly erratic climate.

“Identifying those unique varieties that thrive in conditions like we saw in 2017 is a priority. This would provide us with important information that will prepare us if and when this situation presents itself again in the future,” Chavez said. “Breeders could use this information to determine targets for future varieties.”

While he’s looking for a long-term solution, farmers are working to combat some of the damage last year’s warm winter caused.

Weakened trees and a year off from spraying

Last year’s lack of leaves could cause some trees to be weaker this season. The late freeze combined with a lack of buds on some trees means many farmers didn’t spray their fields for diseases like scab and brown rot, and for insects like the plum curculio and the peach tree borer.

Both disease and insect populations may rebound with this year’s peach crop.

He also told them to be on the lookout for symptoms of Phytophthora root rot, which could be a problem for young trees that were damaged by Hurricane Irma’s winds in fall 2017.

“Young trees with their leaves out are basically like a pompom with the wind blowing them around,” Brannen said. “A lot of trees were knocked over, but even if they weren’t, they may have ripped their roots from the trunk. Older trees can handle that better, but with young trees, the wind will just rip them.”

While Phytophthora root rot won’t spread as easily from tree to tree as scab or other fungal diseases, farmers should be on the lookout for loss of leaves, which could indicate rot. At this point, trees with root rot will likely have to be replaced, according to Brannen. There are some fungicides that might help prevent the rot, but once plants show symptoms, it is generally too late for fungicides.

Brett Blaauw, a UGA Extension fruit crop entomologist, warned that unmanaged orchards and peaches that fell on orchard floors after last spring’s freeze could have harbored insect pests that may affect this year’s crop.

This is especially true for San Jose scale, lesser peachtree borers and picnic beetles. Farmers need to stay on top of their management programs to avoid problems later in the season, he said.

He also advocated that farmers adopt a brown marmorated stinkbug surveillance program. While the invasive stinkbug hasn’t been a problem in Georgia peach orchards yet, it has affected other crops in surrounding states. The stinkbug is known to eat 100 different host plants and is active most of the year, Blaauw said. Farmers can get a head start on managing these new pests by monitoring their orchards between May and October.

“When you have that many bugs that can eat that a large of a variety of crops, it’s just a matter of time until it becomes an issue,” he said.

With all of that in mind, Cook said his farmers are ready for the season ahead. They’re taking special care to guard against pests and diseases this year and hoping for a great growing season.

“It’ll be steady pruning and spraying for the next few weeks,” he said. “They are already getting ready.”

For more information about peach production in Georgia, visit extension.uga.edu or call 1-800-ASK-UGA1. 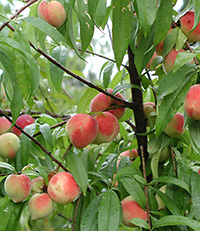 CAES News
Georgia's peach crop in good shape after two down years Posted on 08/01/19 by Clint Thompson
Georgia peach farmers are feeling “peachy” about the outlook for this season’s crop, which is expected to more than double last year’s volume, according to Jeff Cook, University of Georgia Cooperative Extension Agriculture and Natural Resources agent for Peach and Taylor counties. 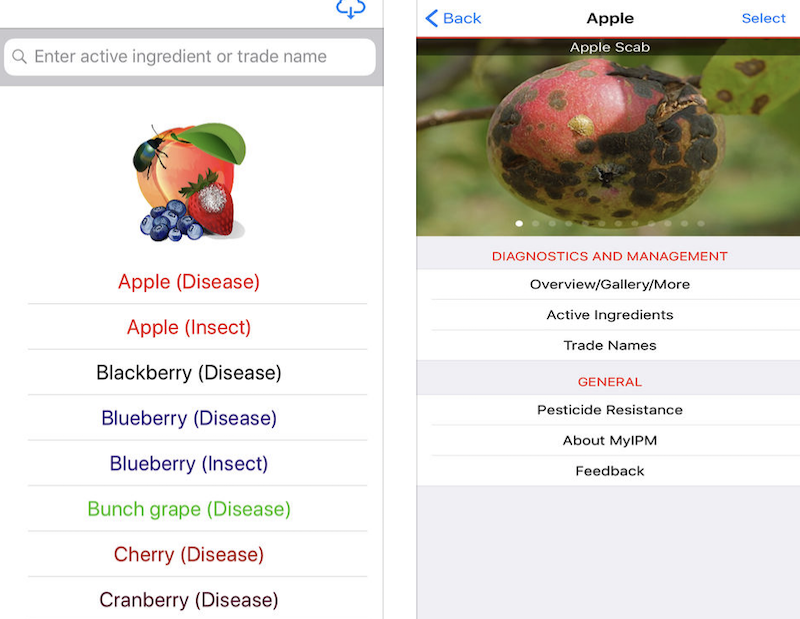