South Georgia farmer Randy Dowdy is the new world record holder in soybean yield, and he credits University of Georgia Cooperative Extension for playing a role in his success.

A Brooks County, Georgia, farmer, Dowdy was recognized by UGA Extension Agronomist Jared Whitaker at an event on Friday, Sept. 9, in Tifton, Georgia, for producing 171.8 bushels per acre of soybeans. This is 10 bushels more than the previous record holder.

Dowdy believes UGA played a vital part in this achievement, which Whitaker believed unattainable just a couple of years ago.

“We always have ideas and we always have concerns and we always have things that we don’t understand as farmers, and I have tapped into the UGA resource quite often, whether it’s at the local county agent level or at the university level,” Dowdy said. “They bring a wealth of information. They’ve been doing this for a long time. I’m not interested in reinventing those wheels. They’re open to new ideas and vetting new concepts. That’s been a good deal.”

“He has taken what the University of Georgia has done and worked with a lot of industry people to try to push the boundaries of yield potential,” Whitaker said. “The first year he did it, he broke 100 bushels and he’s increased that each year.”

Dowdy’s record-setting yields occurred on 3.15 of the 2,000-plus acres he farms. The crop was planted April 22 and April 23 in Brooks County and was harvested on Aug. 28. Ben Shirley, the UGA Extension Agriculture and Natural Resources agent in Brooks County, confirmed Dowdy’s contest entry.

“Specifically, Randy works diligently to eliminate stress to the plant via soil fertility and soil moisture and to limit losses via insects and diseases. He also harvested the crop in an extremely timely manner,” Whitaker said.

According to the UGA Center for Agribusiness and Economic Development, more than 289,000 acres of soybeans were planted in Georgia in 2014 with a farm gate value of over $125 million. Brooks County is the top producer of soybeans in the state.

Clint Thompson is a news editor with the University of Georgia College of Agricultural and Environmental Sciences based in Tifton.
Authors:
Clint Thompson
Experts/Sources:
Jared Whitaker 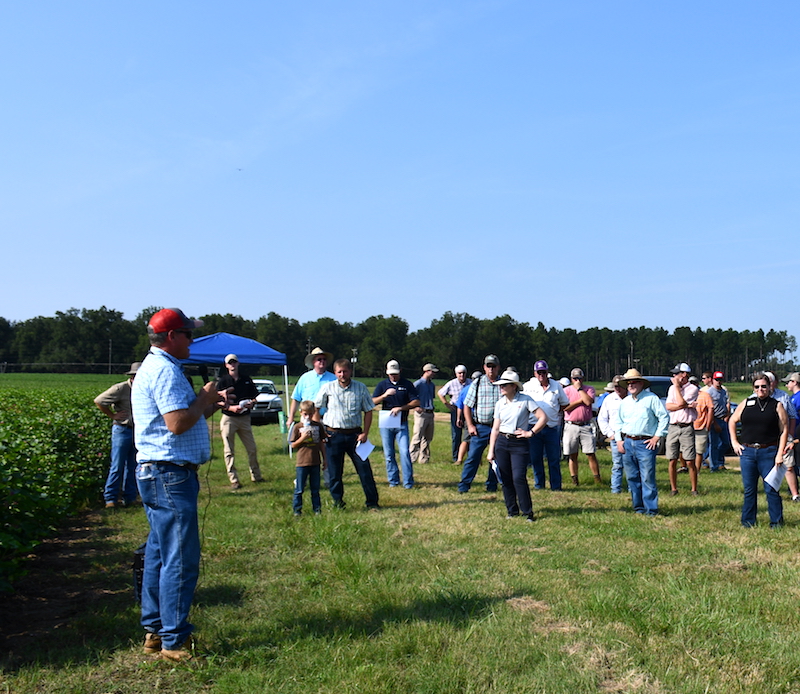 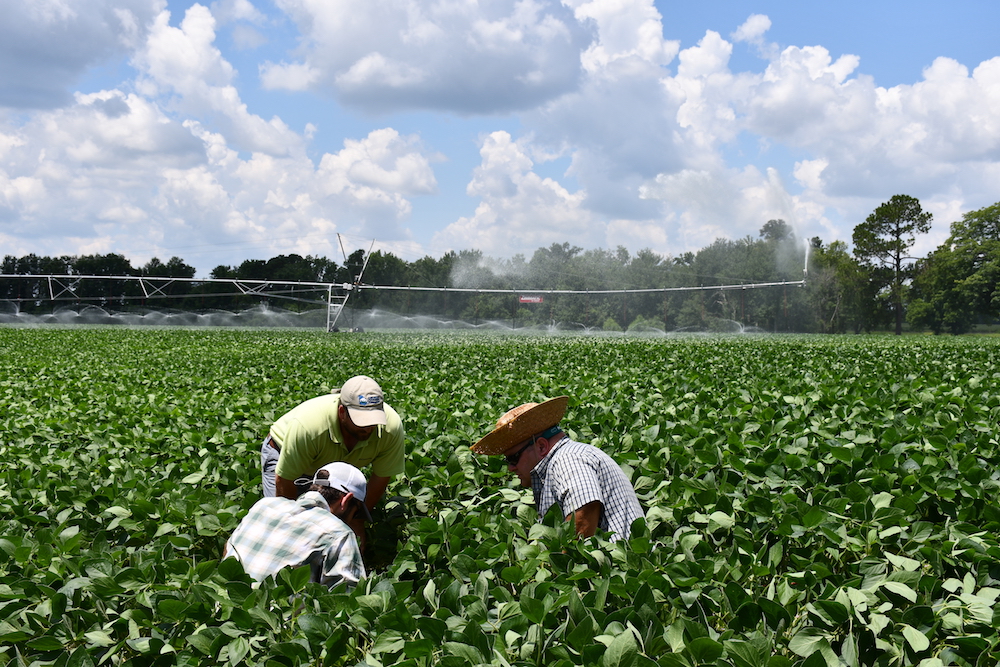 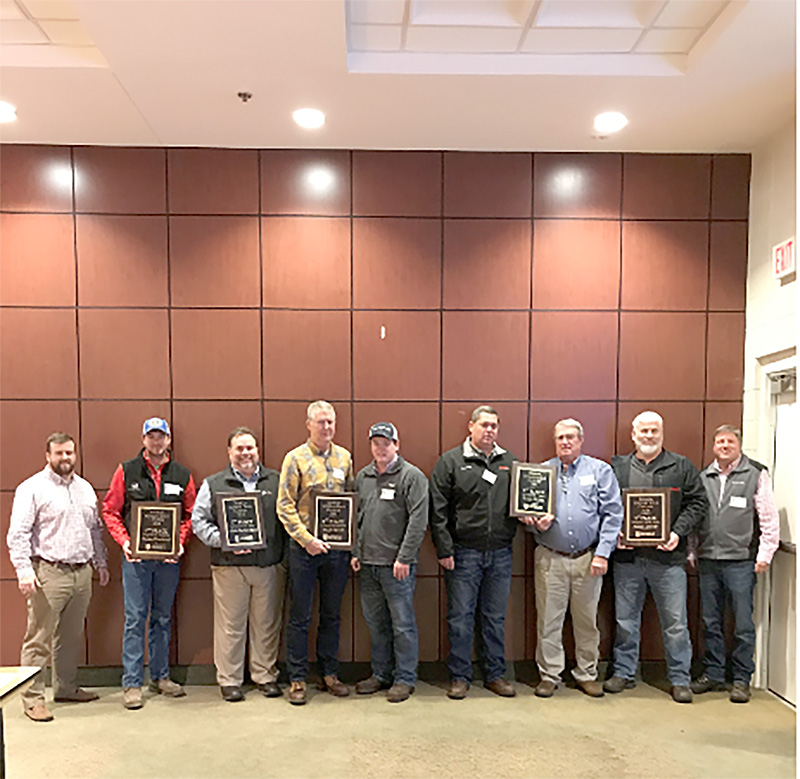 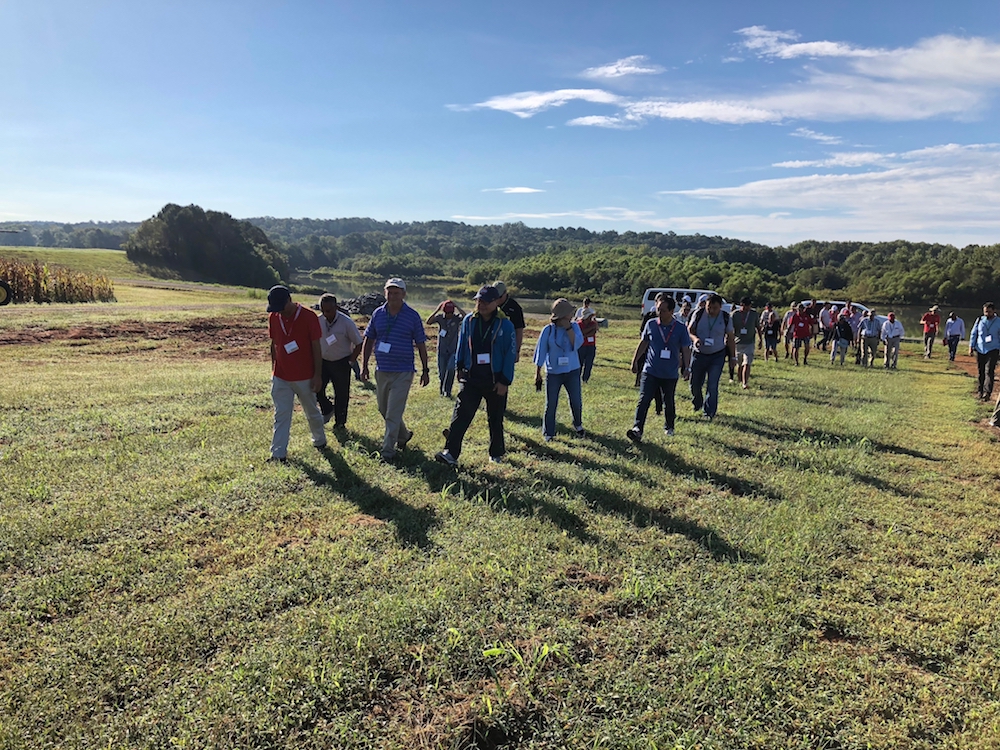 CAES News
Scientists put soy in the spotlight at international conference hosted by UGA Posted on 09/05/18 by Merritt Melancon
People don’t often associate Georgia with soybeans, but for a time last week, the state became the epicenter for international soybean science. 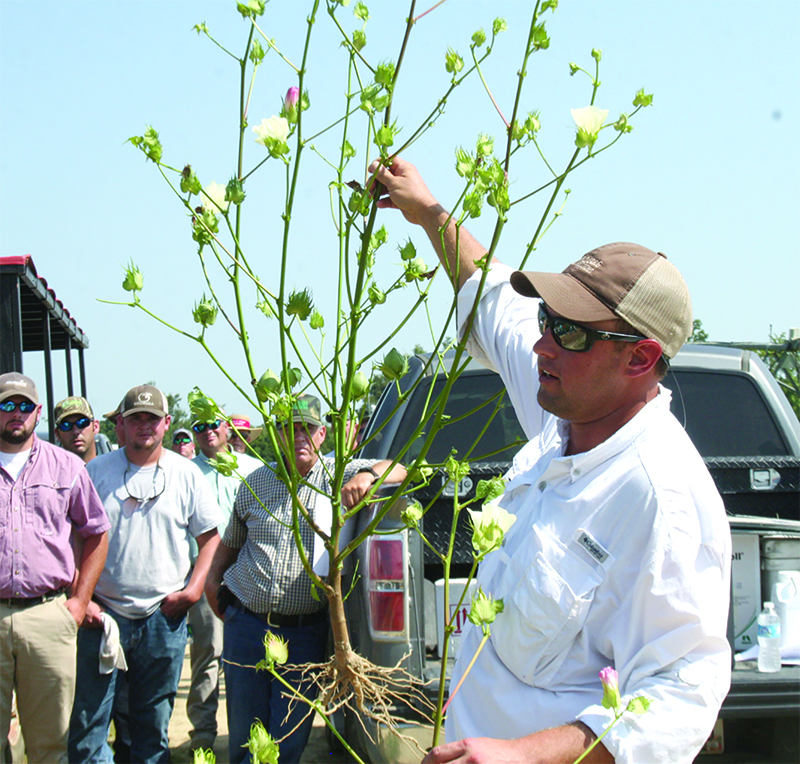 CAES News
UGA Extension scouting schools draw agriculturists from across the state Posted on 07/02/18 by Cristina deRevere
Even in a world of remote-monitoring stations and farm technology, farmers haven’t found anything better than the human eye to identify emerging crop problems.