Giant miscanthus grass an alternative for bedding in poultry houses

The growing poultry industry in Georgia has farmers searching for alternative bedding options for their birds. University of Georgia Cooperative Extension poultry scientist Claudia Dunkley recommends that growers use giant miscanthus grass as bedding in their poultry houses.

The need to find a substitute for traditional bedding, which is made of peanut hulls and pine shavings, has become necessary due to the growth and expansion of Georgia’s poultry industry. According to the UGA Center for Agribusiness and Economic Development, broiler production amassed more than $4.5 billion in farm gate value in 2014. The rise in the number of poultry houses in the state has led to a decline in available bedding materials.

Poultry bedding is essential to the birds’ development in poultry houses, according to Dunkley. Up to 29,000 birds can be accommodated at one time in a poultry house, depending on the company and its objective, she said.

“(Bedding) provides a cushion under the birds’ feet. Also, if everything else is not done properly inside of that house, it can be detrimental,” Dunkley said. “If the house is not ventilated properly and moisture is high inside the house, so the litter is always wet, that will damage the birds’ paws. The paws are a very important part of the whole production. They get a lot of money for the paws.”

Given the shortage of bedding material, producers often reuse bedding, a practice that Dunkley said increases the likelihood of disease.

“Producers are having to reuse the bedding source they have in the house. What they have been doing is keeping it for a year or two,” she said. “Typically, producers grow five flocks per year and, over the course of that year, five flocks have been on that same litter.”

With that many birds on the same bedding, over time, the bedding becomes litter.

“Litter is a combination of the bedding, droppings, water spills and food spills. The longer it stays in the house, it becomes a consistency that’s close to soil,” Dunkley said.

The end result is an increased likelihood that pathogenic agents can be transmitted from one flock of birds to the next, according to Dunkley. Microbes left from a previous flock could lead to a disease outbreak. Replacing the bedding material eliminates those concerns.

“It used to be after each flock that bedding was cleaned out. But over the years that practice has changed because of the shortage of bedding material,” Dunkley said. “The bedding material has to be affordable and accessible. There’s no sense in using rice hulls, for example, because we’re not cultivating rice in Georgia. It would not be as accessible to people in Georgia.”

That’s why Dunkley is recommending giant miscanthus grass, which can be grown in Georgia. With six flocks of broiler birds, Dunkley tested the grass bedding for ammonia emissions, moisture content and effects on paw quality, and compared the results to that of pine shavings.

“We were testing to see if the grass was as effective as pine shavings, because that’s the only way we’re going to get companies to use the miscanthus grass. We have to see if there’s a significant difference in the production of the bird and the end product,” Dunkley said.

She deduced that miscanthus grass exhibits qualities similar to that of pine shavings and is comparable in cost. Dunkley said there was no statistical difference between the two bedding materials, as far as the production of the birds.

“Some poultry companies have shown interest or are beginning to move to the miscanthus grass as their bedding material,” Dunkley said.

Clint Thompson is a news editor with the University of Georgia College of Agricultural and Environmental Sciences based in Tifton.
Authors:
Clint Thompson
Experts/Sources:
Claudia Dunkley 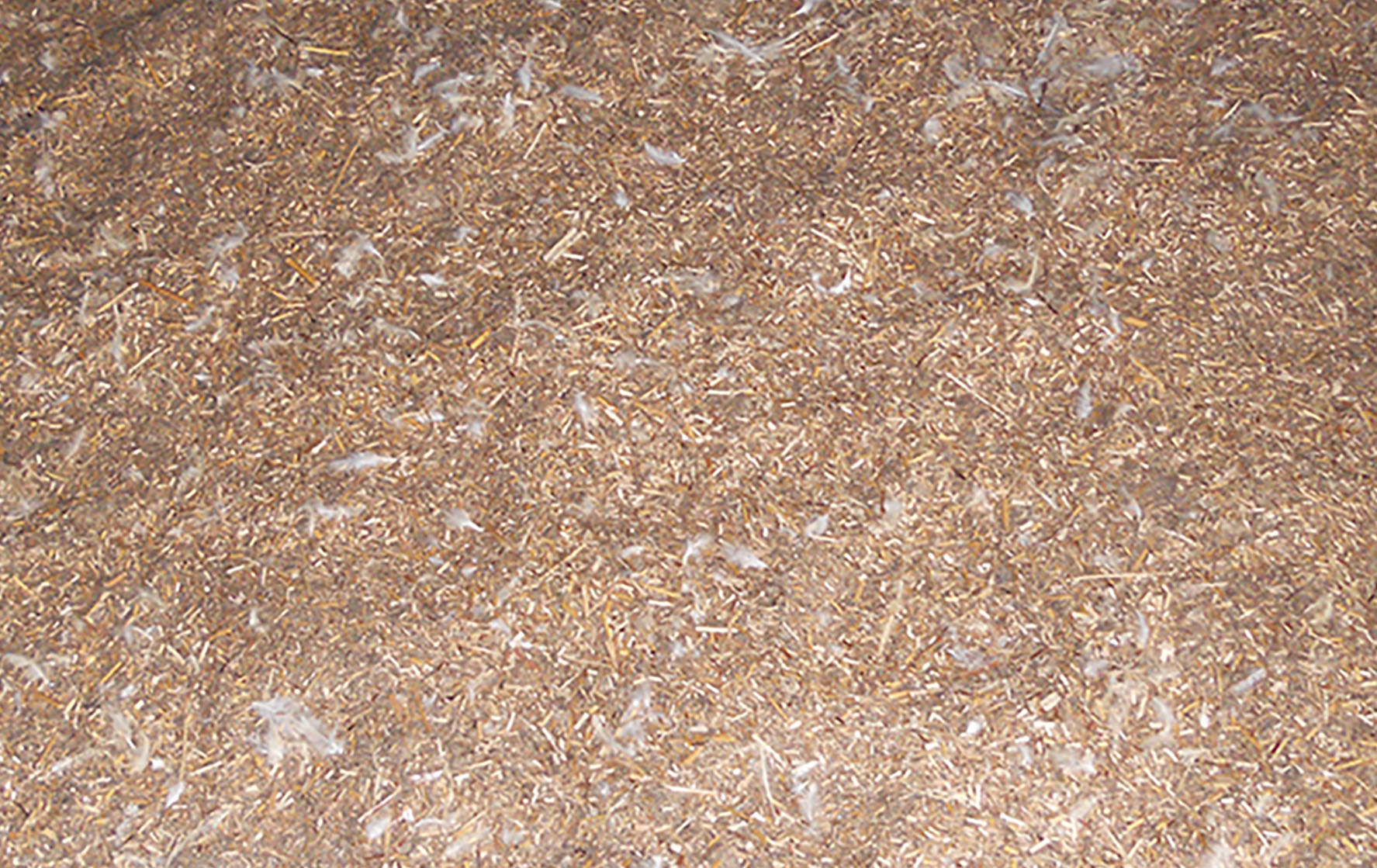 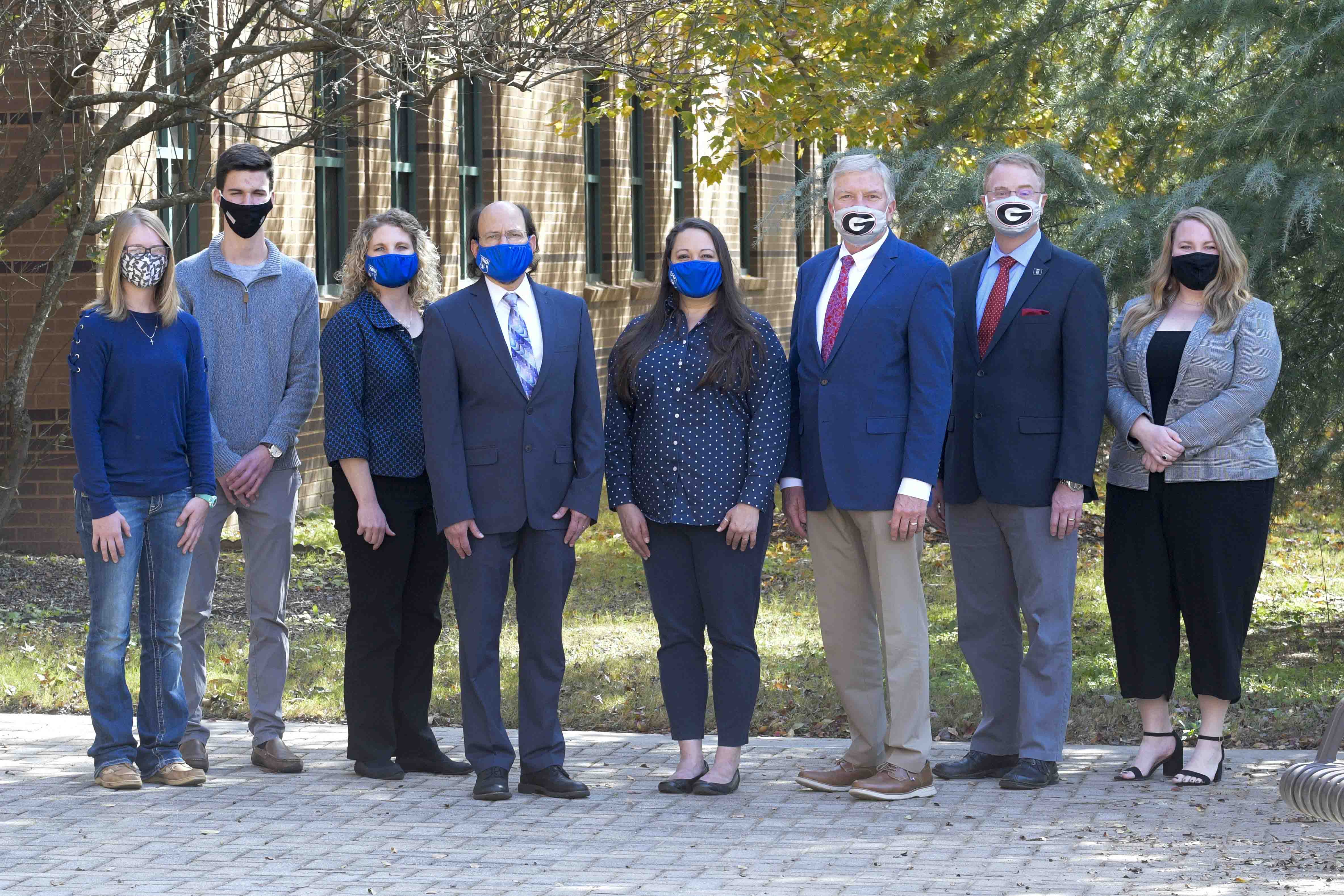 CAES News
UGA researchers seek targets to mitigate fescue toxicity in cattle Posted on 09/10/20 by Maria M. Lameiras, Alec Lee
A $500,000 grant from the U.S. Department of Agriculture will allow researchers at the University of Georgia to examine the minutiae of cattle and fescue microbiome interaction to find targets that will help mitigate the effects of fescue toxicosis, a forage-related condition that costs the U.S. beef industry more than $1 billion each year.
Subscribe for Updates