By Christy Fricks for CAES News

Tierra Muscady, Haiti – Peanut research and supply channels in Haiti were boosted recently through an initiative partnership developed by former U.S. President Bill Clinton and philanthropist Frank Giustra, who spent June 29 touring peanut research projects in Haiti with representatives from the University of Georgia College of Agricultural and Environmental Sciences.

Peanuts are an important source of food in countries like Haiti, where demand for the legume continues to grow. UGA is leading peanut research and training efforts in the country through its Feed the Future Innovation Lab for Collaborative Research on Peanut and Mycotoxin.

The lab’s work is contributing directly to the new Acceso Peanut Enterprise Corp. that was launched by the Clinton Giustra Enterprise Partnership, an initiative of the Clinton Foundation. The supply chain enterprise is designed to improve the livelihoods of more than 12,000 smallholder peanut farmers.

The goal of the project, Clinton said, is to “empower farmers to meet the nutritional needs of people.”

The rural Acceso depot in Tierra Muscady is one of 35 planned throughout Haiti’s central plateau and northern regions. It functions as a site for training; point of sales for seed and other inputs; storage; and distribution for the community’s peanut farmers.

During the visit, Clinton participated in the depot launch, toured a peanut farm and storage facility and sat in on a training session for farmers.

UGA staff on hand for the tour were Dave Hoisington, the lab’s director; Jamie Rhoads, incoming assistant director; and Christy Fricks, communications specialist. Known as PMIL, the innovation lab is funded by the U.S. Agency for International Development and is part of the U.S. government’s global hunger and food security initiative called Feed the Future.

The Acceso project supports some of the main goals of PMIL and Feed the Future: scaling up local agriculture, increasing food safety and improving nutrition.

“We are working to improve the production, quality and marketability of peanuts as a crop,” said Hoisington, who is also a senior research scientist in the UGA crop and soil sciences department. “We do this by developing high-yielding varieties of mold resistant peanuts and then training smallholder farmers on best practices for producing and marketing healthy crops.”

Scientists with the partnership also evaluated improved peanut varieties, many of which were bred by UGA crop scientists and made available for farmers to grow and sell in markets through the Acceso depots.

PMIL is continuing to test peanut varieties for performance in Haiti and working to solve existing production problems and providing further training so that farmers can supply the needed peanuts to the Clinton Giustra Enterprise Partnership.

The Acceso depots—there are currently five—will supply peanuts primarily to regional buyers that include Meds & Food for Kids and Partners in Health, which are both manufacturers of peanut-based nutrition supplements for children. Among those participating in the launch were Bryan Sobel and Dorvil Weldenson of Meds & Food for Kids, an in-country partner of PMIL.

“The farmers in Haiti are willing and able to work, and this enterprise will enable them to become competitive players in a potentially thriving market,” said Mark Gunton, CEO of the Clinton Giustra Enterprise Partnership, in a release. “A market-driven approach to poverty alleviation such as this empowers these farmers to earn a reliable source of income and provide for their families.”

For more information on the Feed the Future Innovation Lab for Collaborative Research on Peanut and Mycotoxin, see http://pmil.caes.uga.edu/.

With a focus on smallholder farmers, particularly women, Feed the Future supports partner countries in developing their agriculture sectors to spur economic growth and trade that increase incomes and reduce hunger, poverty and undernutrition. For more information, see www.feedthefuture.gov. 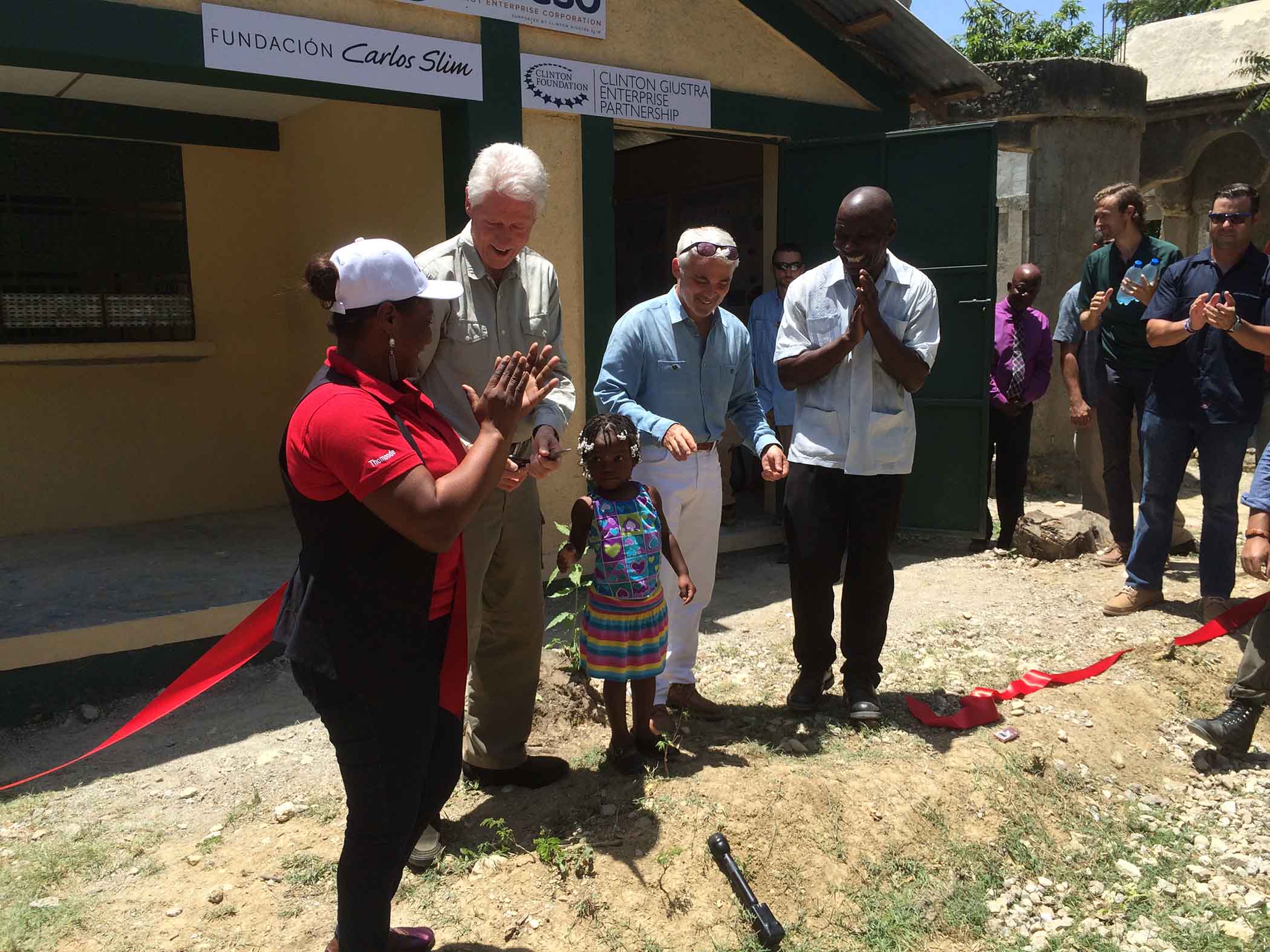 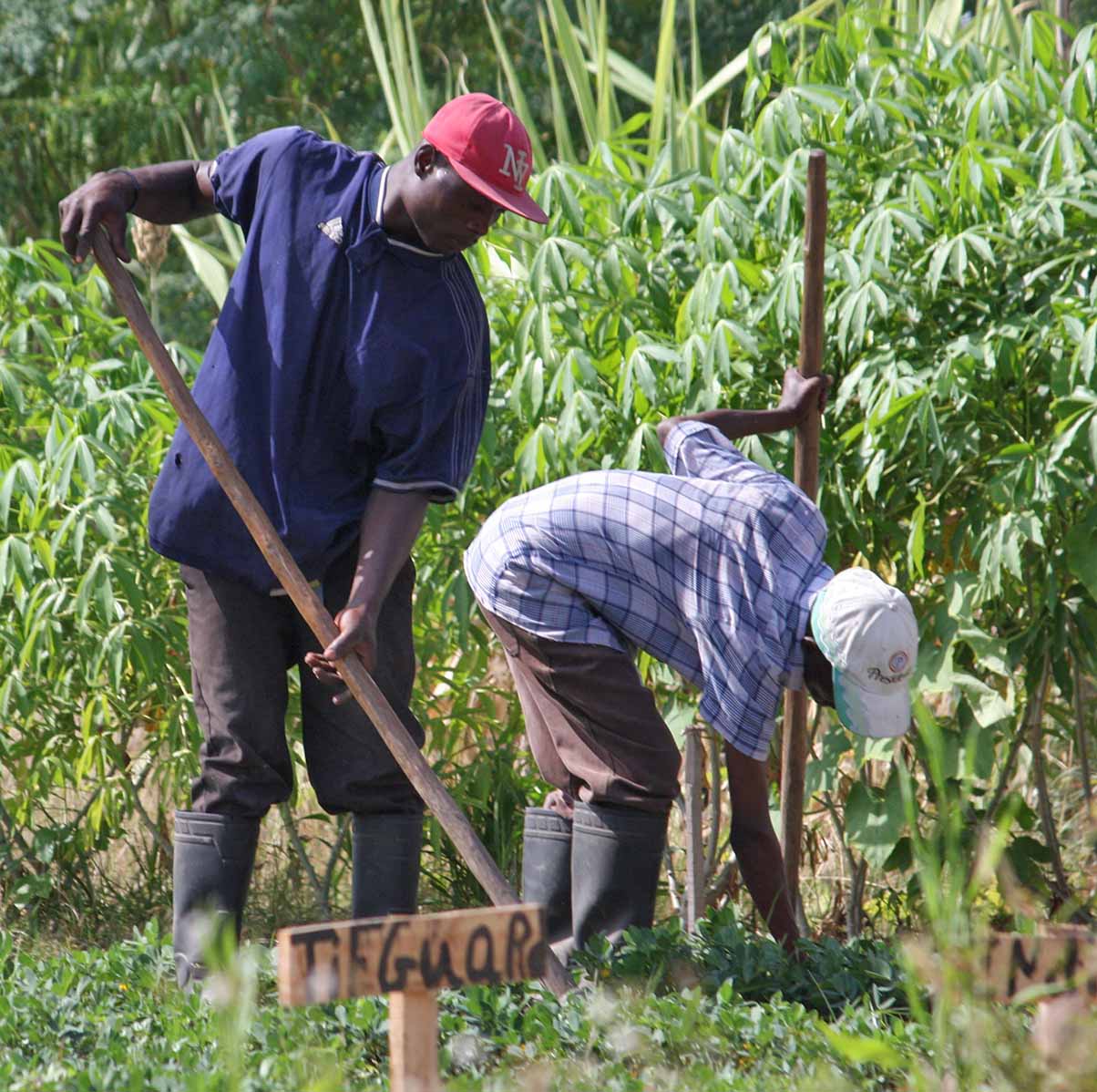 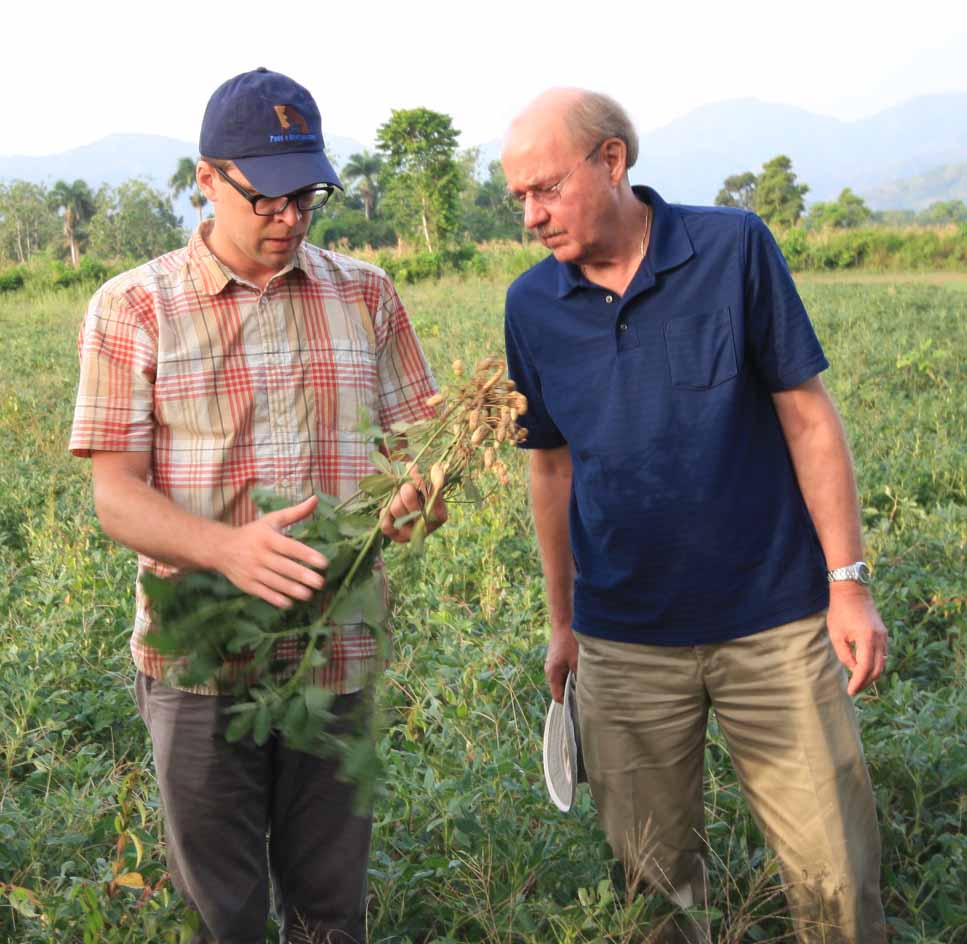