When the world’s best soccer players make their way onto the world stage next week, chances are they’ll once again be playing on a University of Georgia-bred turfgrass.

Three of the Brazilian stadiums that will be used in the World Cup have been outfitted with TifGrand, a shade-tolerant, wear-tolerant bermudagrass hybrid developed jointly by UGA and the U.S. Department of Agriculture’s Agricultural Research Service.

And three more World Cup stadiums are using Tifway 419, a bermudagrass variety developed in Tifton by Glenn Burton of the USDA-ARS.

UGA and USDA-ARS turf breeder Wayne Hanna and UGA entomologist Kris Braman developed TifGrand to be shade-tolerant and resilient to wear while maintaining a deep green color. Even in sunny Brazil, shade tolerance is important in stadiums where the edges of the playing fields may receive significantly less sun than the center of the pitch, he said.

“It’s wear-resistant, which is important during an event like the World Cup where the turf gets a lot of use during the tournament,” said Hanna, a professor in the UGA College of Agricultural and Environmental Sciences department of crop and soil sciences.

UGA turfgrass varieties are no stranger to the world stage. The bermudagrass hybrids that have come out of UGA’s Tifton-based breeding program have been used on world-class golf courses and athletics fields since the 1950s, but it’s hard to top the international visibility that the World Cup provides, Hanna said.

“I’ve traveled around the world to 40 or 50 countries, and when you ask people how they know about Georgia, it will often be because our grasses are on a local golf course, or in a stadium or on a bowling lawn that they know about,” he said. “UGA-bred bermudagrasses are grown on every continent except on Antartica.”

TifGrand started as one of more than 27,000 test cross breeds created by Hanna in 1991. Over the past 23 years, Hanna’s team has tested and retested those hybrid grasses to find varieties with the most desirable characteristics.

“One of the reasons we’ve been so successful over the years is because when we release a new turfgrass, we test it to make sure that it works in a diverse set of environments—not just in Tifton and not just in Georgia,” Hanna said. “I don’t think there’s anyone out there who tests their turfgrass varieties as much as we do.”

UGA’s warm-season turfgrass breeding program began in the 1950s and continues today with the programs focused on the development of sustainable bermudagrass, centipedegrass, zoysiagrass and seashore paspalum cultivars. Georgia’s turfgrass, nursery and maintenance industries contribute $7.8 billion to Georgia’s economy each year and provide about 87,000 jobs statewide.

The TifGrand sod being used in the Estadio Beira-Rio in Porto Alegre, Arena Pantanal in Cuiaba and the Arena da Baixada in Curitiba was licensed by UGA’s Technology Commercialization Office to Brazilian company Green Grass, which supplied the TifGrand for the 2014 World Cup fields.

In the U.S., TifGrand is licensed by UGA’s technology commercialization office to Georgia-based New Concept Turf Co. It is grown at dozens of sod farms across the continental U.S. and Hawaii.

For more information about the UGA turfgrass breeding program, see www. GeorgiaTurf.com . For more about TifGrand, including information on purchasing and becoming a producer in the U.S., see www.tifgrand.com. For international licensing information, contact Shelley Fincher at shelleyf@uga.edu or (706) 542-1404. 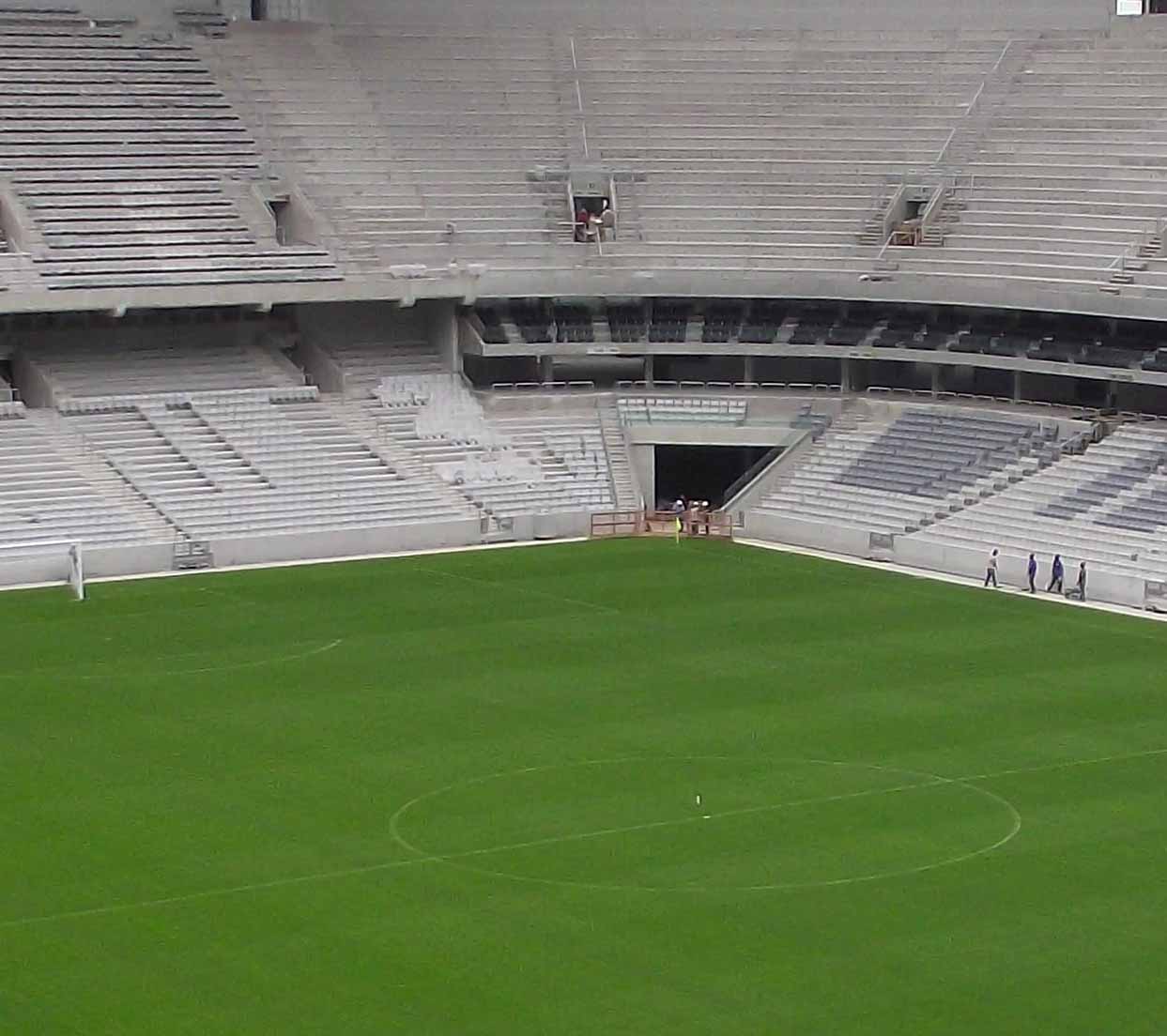 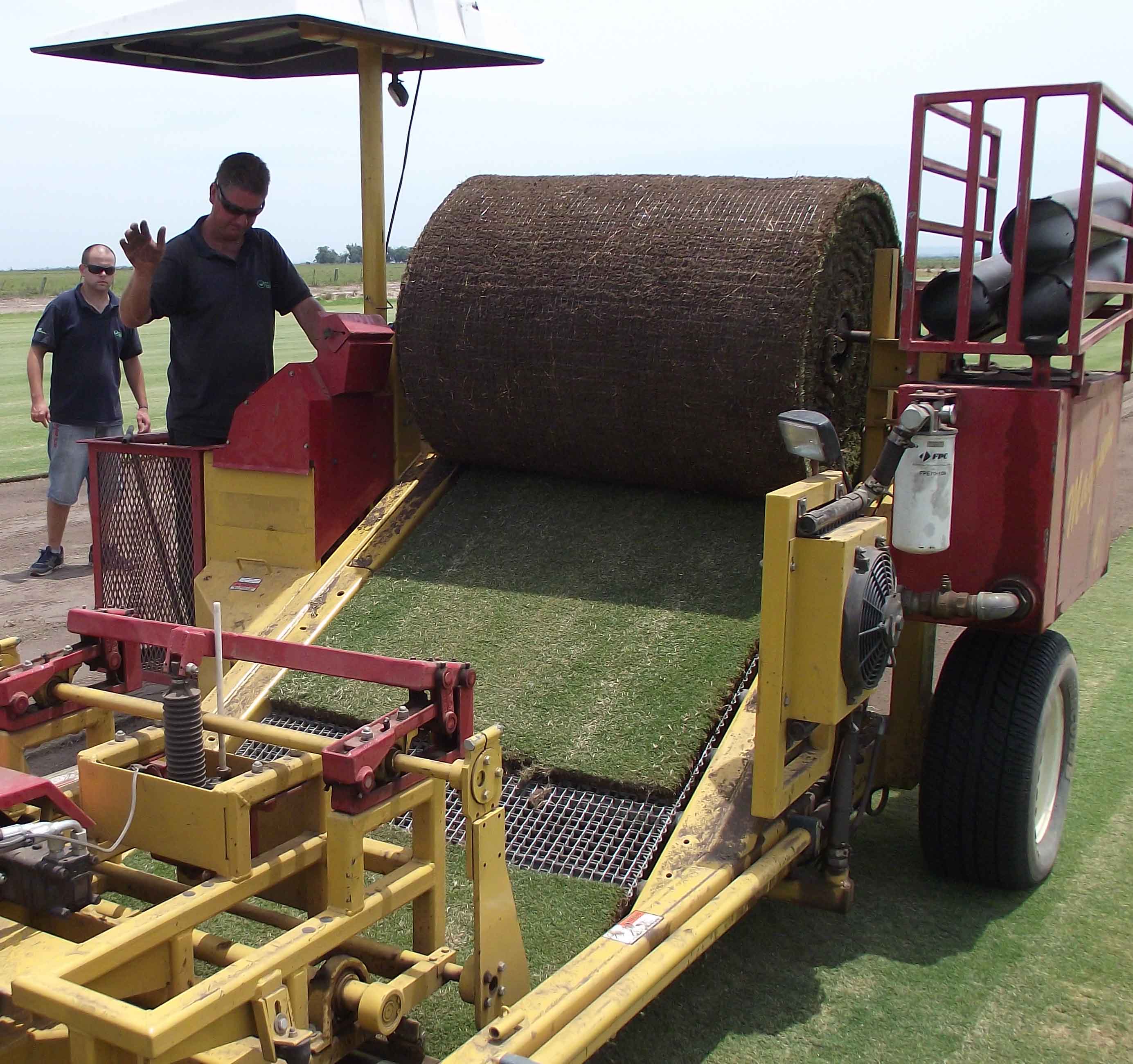