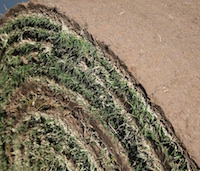 CAES News
Learn pruning skills, equipment care through UGA course Posted on 02/10/20 by Sharon Dowdy
A course set for Feb. 28 on the University of Georgia Griffin campus will focus on pruning trees and ornamentals and caring for landscape equipment.
CAES News
State pollinator protection efforts focus on pollinator plant availability Posted on 02/04/20 by Merritt Melancon, Maria M. Lameiras
Native plants are the best habitat and food source for pollinators but they can be hard to find at garden centers or hardware stores.