Soil moisture sensors are an efficient tool farmers use to optimize their irrigation water use.

George Vellidis, a professor on the University of Georgia College of Agricultural and Environmental Sciences Tifton campus, noted in a 2012 research study that water is often what limits a crop’s production. He added that as competition intensifies for this natural resource, there’s an increasing likelihood that water availability for agricultural use in the future will decrease.

In hopes of providing farmers a better way to irrigate, Vellidis is researching soil moisture sensors and their impact on variable rate irrigation systems. The goal is to help farmers maximize the efficiency of their irrigation systems; thereby increasing the potential yields for various crops.

“Increasing competition for water resources will likely result in less water available for agricultural production,” said Vellidis. “Precision irrigation promises to optimize the use of this precious resource.”

While soil moisture sensors are not uncommon, what is unique to Vellidis’ research is the use of web-based user systems that are at farmers’ fingertips. With Vellidis’ work, sensors measure soil moisture, transmit that data back to an Internet site where the farmer analyzes the information and takes appropriate actions after determining what’s transpiring in his field. The farmer can do this from his home computer or smart phone.

Two different kinds of sensors are typically used for measuring soil moisture. The most commonly used type is called capacitance, which indicates how much water is available to use. However, since the volume of available water in the soil is related to the soil’s texture, every time a sensor is installed, it must be calibrated which can be a time-consuming process.

Vellidis prefers a tensiometric soil moisture sensor. This type of sensor determines the soil moisture that’s available and measures how much energy a plant must exert to extract moisture from the soil. It can be installed in any soil type without calibration.

For the sensors to be effective agricultural tools, they have to be strategically placed throughout a field to provide accurate readings of the soil in each farmer’s field.

Before installing the sensors, Vellidis divides a field into zones. For example, a 100-acre field would be divided into 3 to 5 zones with two sensors employed for each zone. He prefers to use more than one sensor in case one goes down due to a lightning strike or is otherwise damaged. The sensors in the different zones provide accurate information about the soil moisture in those zones. This allows farmers to apply water more accurately and efficiently.

“If you have the soil moisture sensors in the soil, you know exactly what your condition is. If you know something about the life cycle of your plant, you know when it’s critical for the plant to have water and when the plant can sustain some stress,” Vellidis said.

For example, the critical soil moisture period for cotton is when the plant is flowering and the bolls are filling, he said. Before then, Vellidis added, farmers can wait until the soil profile is fairly dry before they irrigate, if water is limited or if they want to save energy costs.

Vellidis has two goals with this project, one short term and the other long term.

“I think the proper strategy for irrigation scheduling will be for consultants to get this information, be able to interpret the results and provide irrigation recommendations to the farmers in the short term,” he said.

“In the long term, when we have the process better refined and the data can go straight into the pivot controller and the pivot controller can start irrigating, we can really eliminate a lot of this — I need to look at the data, scratch my head and figure out what’s going on. We’ll be able to automate that process.”

Clint Thompson is a news editor with the University of Georgia College of Agricultural and Environmental Sciences based in Tifton.
Authors:
Clint Thompson
Experts/Sources:
George Vellidis 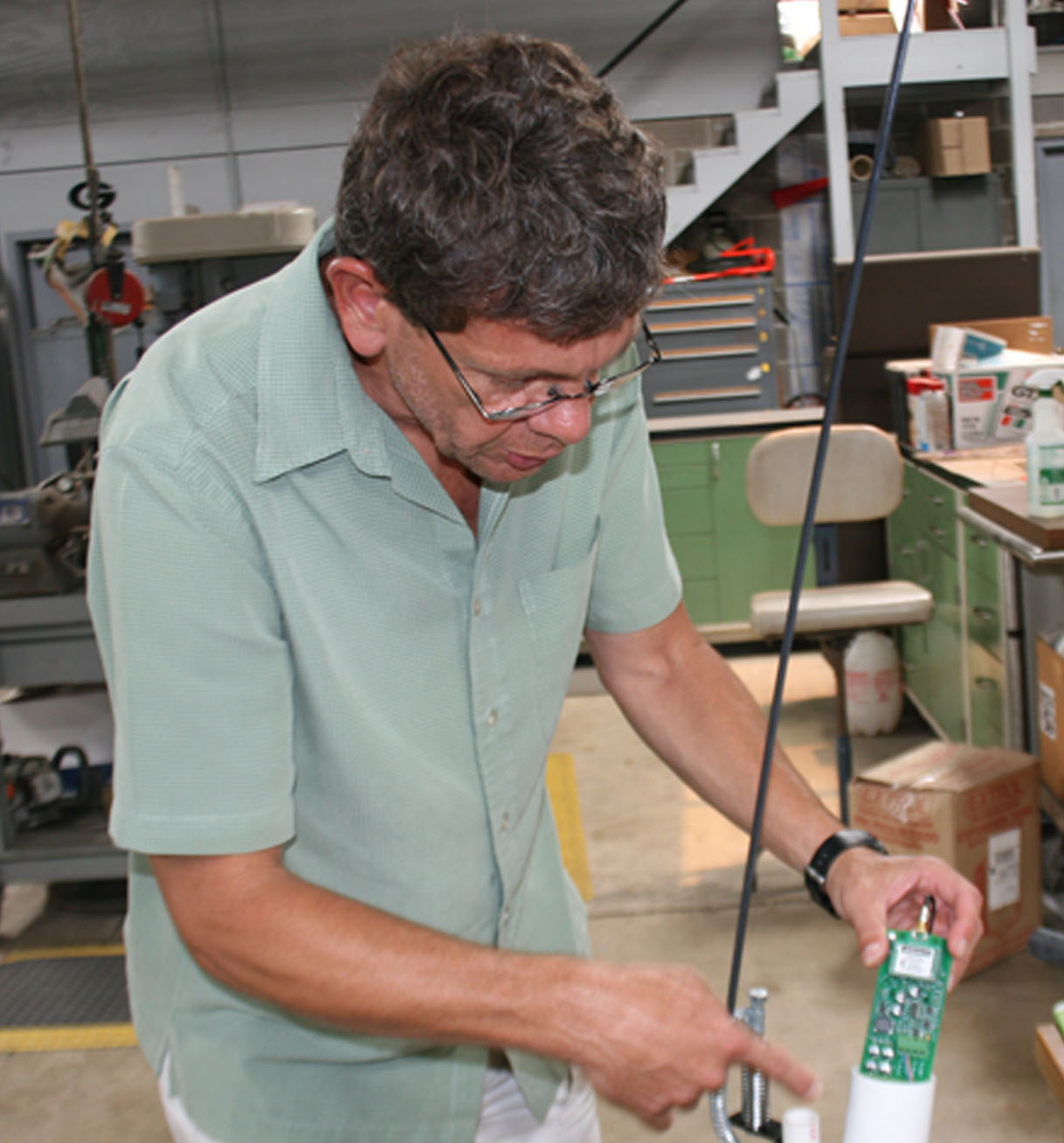