As the seasons turn, commercial bell pepper growers in the Southeast share a common foe: the sun.

Brutal summer temperatures often make growing anything impossible, and peppers can be susceptible to a host of diseases and disorders in such conditions. Even during the spring and fall, heat and direct sunlight can severely impair their overall quality and marketability.

It’s enough to make a farmer dream of pepper sunscreen, which—in a way—is precisely what researcher Juan Carlos Diaz-Perez has been studying. Diaz-Perez is a horticulturist with the University of Georgia College of Agricultural and Environmental Sciences.

Working in the unrelenting climate of south Georgia, Diaz-Perez began to study the performance of bell peppers grown under plastic mulch and black plastic shade cloth in 2007.

Initial results were resounding: Plants grown under the shade grew taller, had more leaves and had larger leaves than those in direct sunlight. Both marketable and total yields increased while number of culls decreased dramatically.

From 2009 to 2011, Diaz-Perez compared the effects of five different levels of shading on peppers, from zero to 80 percent.

Only about 10 percent of the total yield was lost to disease or damage. Under normal sunlight in south Georgia, as much as 50 percent of a pepper crop can be culled or lost. Using the shade cloth also prolonged the growing season by almost a month.

“When many growers in south Georgia stop harvesting in June, we can continue harvesting easily at least four more weeks,” Diaz-Perez said. “There’s definitely no comparison in the quality of the fruit between the shaded and the unshaded fruit, particularly when the fruit is harvested in the summer or late spring.”

Diaz-Perez notes that one of the keys to extending the season was to use reflective silver plastic mulch. This mulch retained less heat during the summer months than more common black plastic mulch.

Although black plastic mulch warmed the soil effectively for spring planting, those same thermal properties worked against it during the hotter months. Meanwhile, silver plastic worked just as well in the spring, but later in the season, it reflected solar radiation to protect the plants' roots from the harsh summer sun.

Overall, the shading and mulching system “has a very interesting potential to make pepper production much more sustainable,” Diaz-Perez said.

The shaded pepper plants required less water and had far fewer incidences of disease and fruit disorders, such as anthracnose, blossom end rot and sunscald. They also suffered less damage from pests and were less likely to suffer infection from tomato spotted wilt virus.

There’s a rather simple reason to the healthiness of shade-grown pepper plants.

“Because they are less stressed,” Diaz-Perez said. “It’s just like you. If you were outside or if you were inside the shading, where would you feel more comfortable? Why would we think that the plants are different than that?”

Because the shade-grown peppers are hardier and less stressed, the plants require fewer applications of pesticide, which translates into less chemical exposure for field workers.

Implementing the technology in Georgia

Currently, Diaz-Perez is not aware of growers using the shading system in Georgia—where peppers are a $28 million dollar crop. There has been “a very significant adoption of the technology in Florida,” he said.

Since weather and agricultural conditions between south Georgia and north Florida are similar, Diaz-Perez’s conclusion is an obvious one: “If it works there, it can work here.”

What’s more, shade cloth can be adapted to any structure, whether that’s a makeshift pup tent or a commercial growing frame large enough for a tractor. Diaz-Perez recommends a minimum height of 15 feet to optimize circulation and reduce heat stress.

“We are very confident that the system works, the shading works,” said Diaz-Perez. 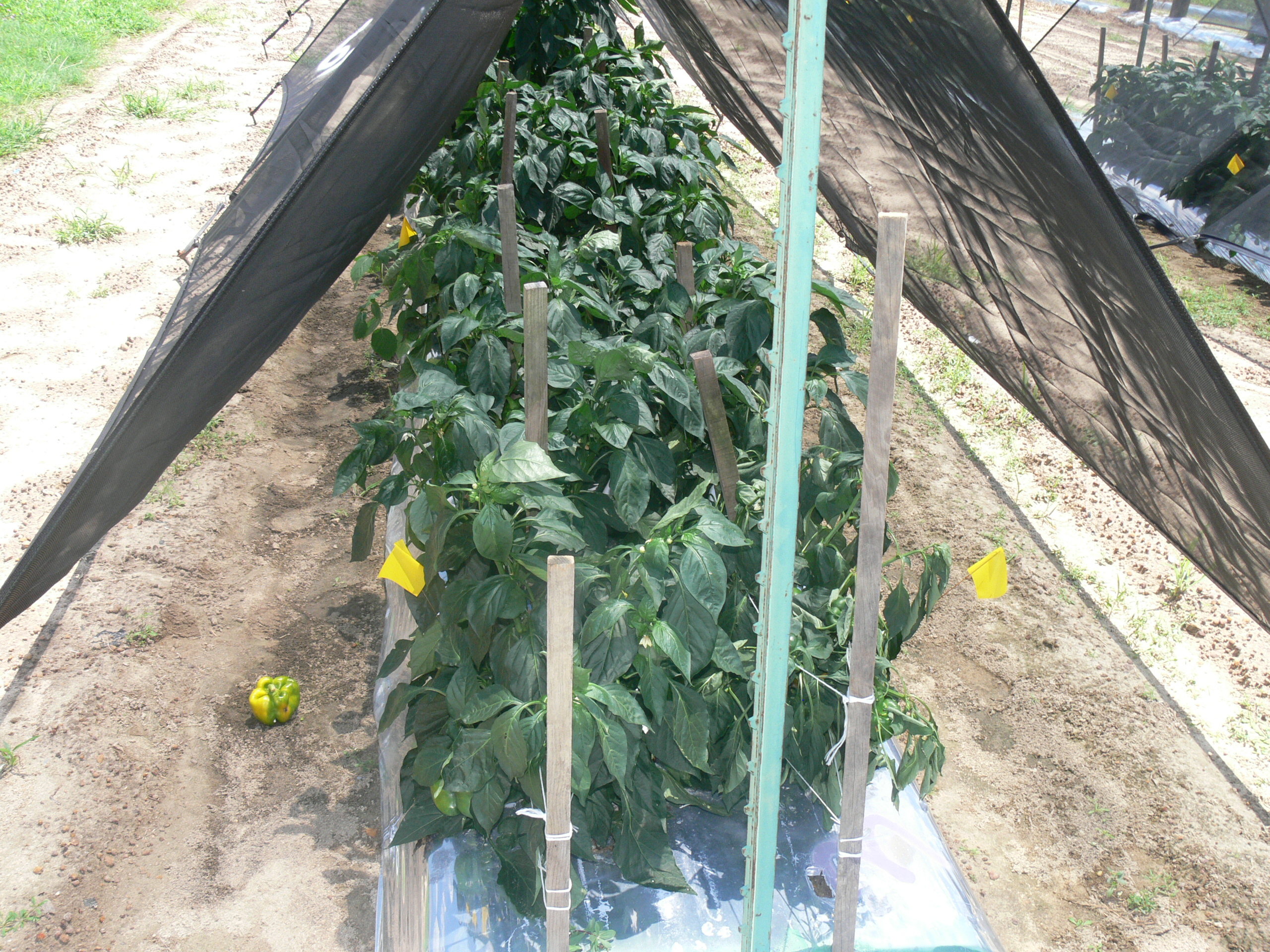 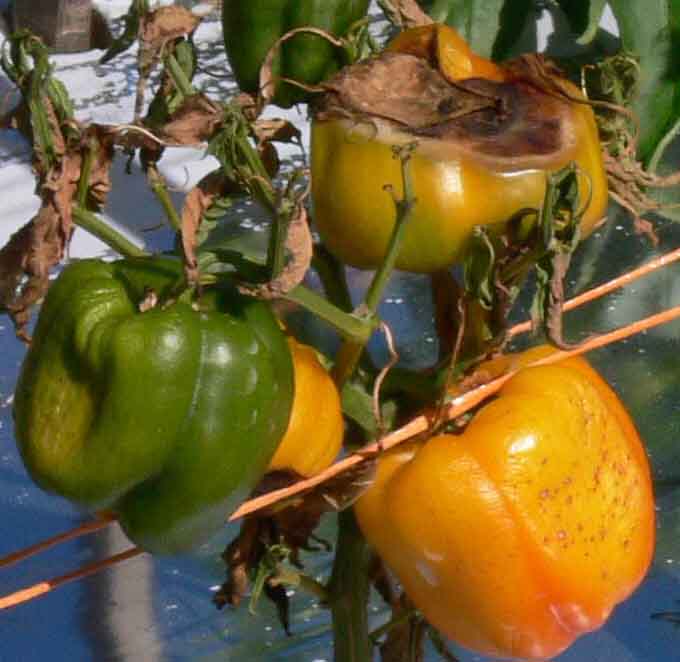