Peanut acreage in Georgia this year dropped to the lowest amount in three decades, a sharp decline for the country’s leading peanut-producing state. Farmers planted 480,000 acres of peanuts this spring, according to a recent survey from the U.S. Department of Agriculture.

“If the peanut industry wanted to know what the bottom floor was for peanut acreage in Georgia in modern time, we reached it this year,” said Nathan Smith, a farm economist with University of Georgia Cooperative Extension.

Peanut acres are down nationally, too, expected to be 1.152 million acres, 10.5 percent less than last year.

Farmers planted fewer peanuts this year because prices for other crops, particularly cotton, “were more attractive to them,” he said. But this may not be the case next year.

The country’s peanut-growing regions are now in the grips of drought, which is hurting the crop. More than 20 percent of the peanuts in Georgia are rated as poor to very poor, according to the Georgia Agricultural Statistics Service.

If farmers can wrestle average yields from the poor conditions, the U.S. will harvest about 1.8 million ton of peanuts this year, and half of that will come from Georgia fields. The country currently has 765,000 tons left in stockpile from last year’s crop, which will mean a 2.6 million ton peanut supply for the country this year.

The U.S. is projected to use or export 2.1 million tons, which leaves 500,000 tons for next year’s stockpile. The peanut industry likes to keep at least 500,000 tons in surplus each year to guard against crop failures and to insure a steady peanut supply throughout the year.

“The crop this year has far to go, but it is shaping up to be a short year for production, which has gotten many people already thinking about next year,” Smith said.

Peanut harvest will start in September.

Brad Haire is the former news editor with the University of Georgia College of Agricultural and Environmental Sciences.
Authors:
Brad Haire
Experts/Sources:
Nathan B. Smith

CAES News
Wild shrub could help peanut farmers in Senegal Posted on 11/06/19 by Allison Floyd
Shrubs that grow wild in West Africa could be key in boosting yield and giving farmers assurance that they can make a profitable crop, even in the drought prone, food insecure Sahel region. Through the Feed the Future Peanut Innovation Lab, researchers are exploring how best to use two shrubs species in cultivated peanut fields in Senegal to improve the soil health, tap into moisture far below ground and lower soil temperatures. 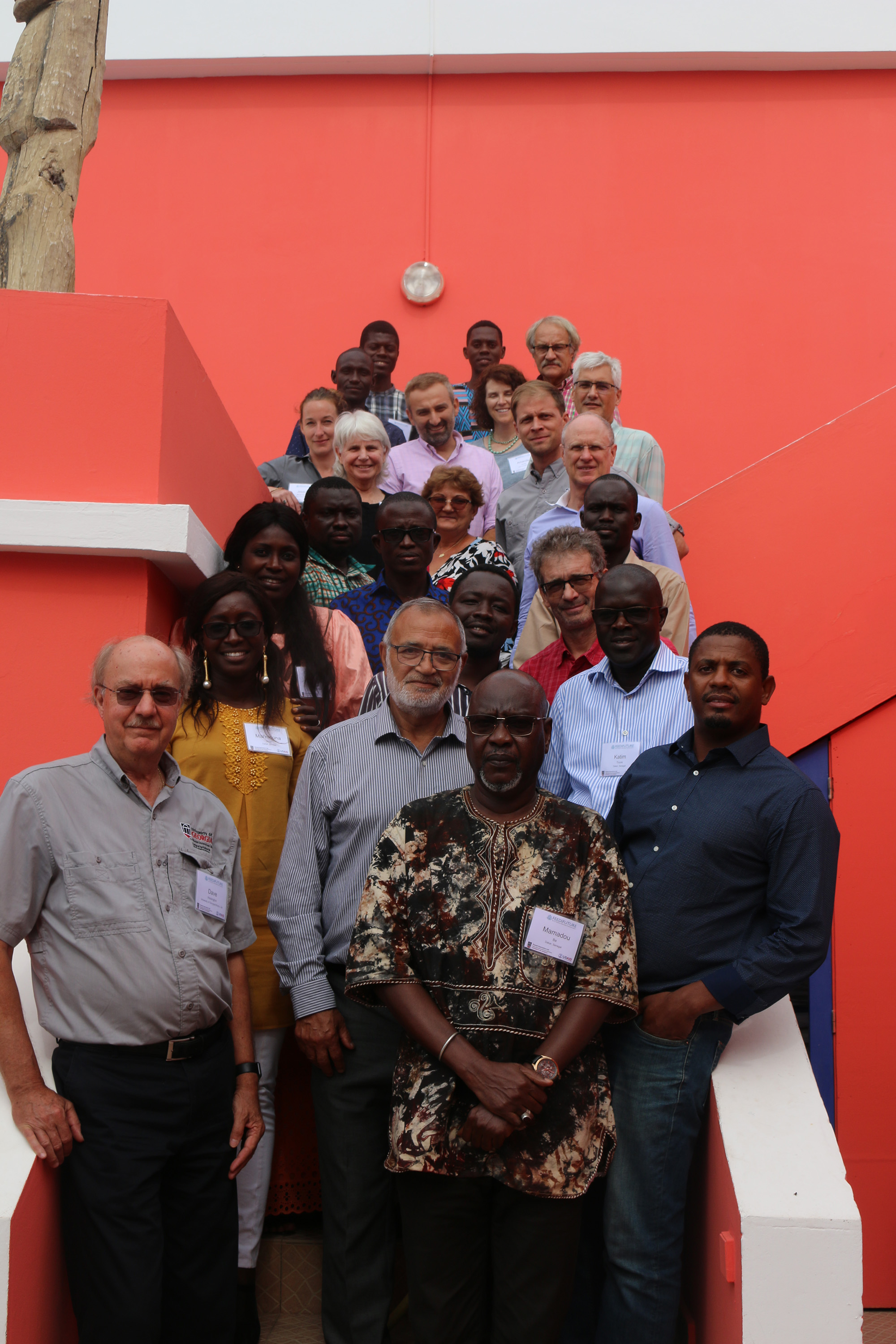 CAES News
Tomato spotted wilt virus a significant problem for peanut producers in 2019 Posted on 10/18/19 by Clint Thompson
University of Georgia Cooperative Extension plant pathologist Bob Kemerait cautions Georgia peanut producers in the midst of harvesting this year’s crop that it’s never too early to look ahead to 2020, especially with regards to tomato spotted wilt virus (TSWV).
Subscribe for Updates