Giant wasps not after humans

The scary two-and-a-half-inch wasps hovering over Julie Barkley’s flowerbeds drove the Athens, Ga., resident inside and to her computer.

“I have three children, and we avoid the outdoors because not only of the size of this insect but of the vicious appearance, too,” she said.

Online, she learned that the wasps are called cicada killers. To find out how to get rid of them, she shot off an e-mail to University of Georgia Cooperative Extension.

The answer she got back would likely surprise most proactive, bug-spraying Georgians. UGA Extension entomologist Will Hudson told her to leave the wasps alone. There’s really no reason for homeowners to try to kill them. They aren’t after humans. They’re after just one thing: cicadas.

“Try to see them as another part of Georgia’s wildlife,” he said.

Summer is cicada season, the time the insects start to hatch and the female cicada killer goes on the hunt, he said.

When the wasp catches a cicada, she stings it, carries it to her burrow and lays an egg on it. She lays many eggs, but each one gets a cicada. A female egg may get two, Hudson said. The larva feeds on the paralyzed, but not yet dead, cicada. It pupates and emerge the next year to complete the cycle.

“The wasps are in your yard looking for food for the next generation,” Hudson told Barkley. “You are just another part of the landscape to them, and they pose no threat. While the wasps can deliver a painful sting if provoked, you pretty much have to grab one or try to prevent her from taking a cicada to her burrow to get stung. Who’s going to do that?”

As a child, Hudson and his brother used to chase cicada killers around and try to hit them with brooms. The boys never got stung, he said.

For the past week, Hudson has been fielding calls about the wasps from UGA Extension agents all over Georgia. Most of the calls come from Georgians who want to know what to spray on the wasps to kill them.

Unlike bees, wasps and fire ants, cicada killers are not social insects. They have no workers or soldiers whose sole job is to protect the nest. The female cicada killer is on her own.

“If she stings you and you swat her in retaliation, that’s it,” Hudson said. “She’s not going to be able to reproduce. With bees, the colony can afford to lose some of them and it doesn’t matter. She’s all there is.”

Cicadas can be pests, Hudson said. They lay their eggs in the stems of trees. When they start hatching, a lot of twigs start dying, especially during a heavy outbreak.

“That’s usually not any big deal, but for nurserymen, it can be a problem,” Hudson said. “It changes the growth habit of the tree they’re trying to grow and sell.”

Hudson reminded Barkley that looks can be deceiving and not to be fooled by something’s appearance.

“Hummingbirds look like they could peck the stew out of you with that long, sharp beak, right?” he said. “Cicada killers are no more threatening than hummingbirds, unless you are a cicada.”

(Stephanie Schupska is a news editor for the University of Georgia College of Agricultural and Environmental Sciences.)

Stephanie Schupska is the communications coordinator with the University of Georgia Honors College.
Experts/Sources:
Will Hudson
Share Story: 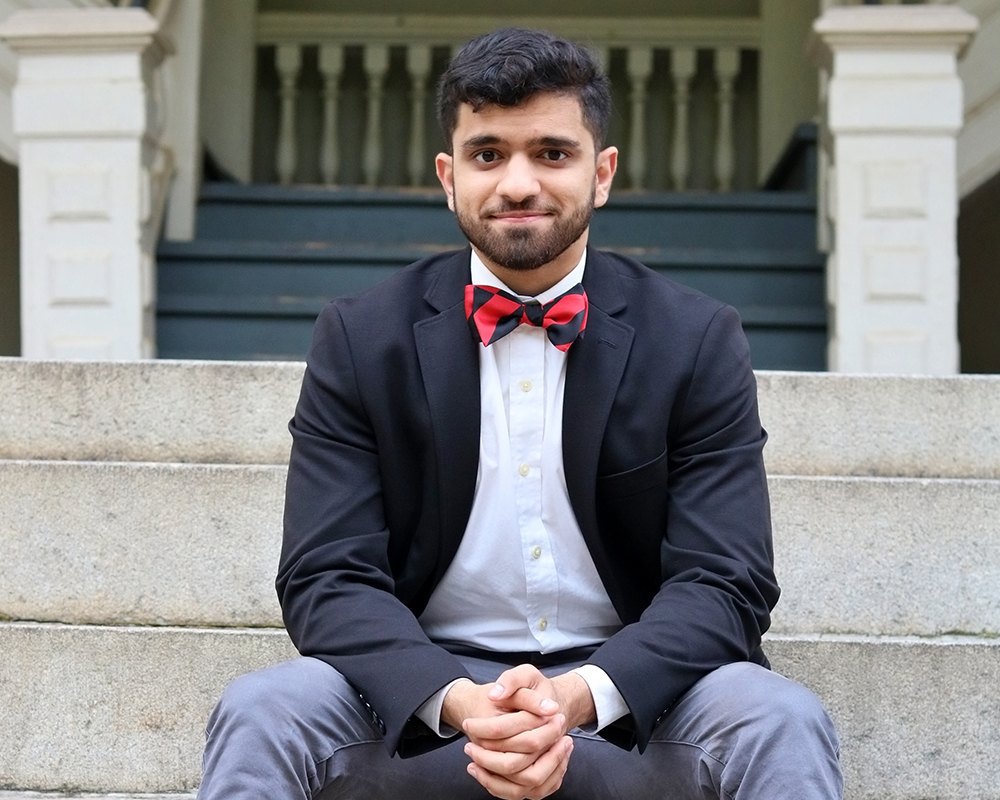 CAES News
Arjun Bhatt recognized as outstanding senior for problem-solving and leadership Posted on 06/17/21 by Courtney Cameron
William Flatt served as the dean of the University of Georgia’s College of Agricultural and Environmental Sciences from 1981 to 1994. Coming in as dean, Flatt recognized that college enrollment was low and tackled the challenge of recruitment using his problem-solving skills and charisma. This year’s Nesbitt-Flatt Outstanding Senior Award recognized a student with the same charisma and determination as Dean Flatt. Arjun Bhatt was recognized as this year’s recipient during the 2021 Student Awards and Leadership Celebration held on YouTube. Bhatt recently graduated with bachelor’s degrees in both applied biotechnology and psychology. 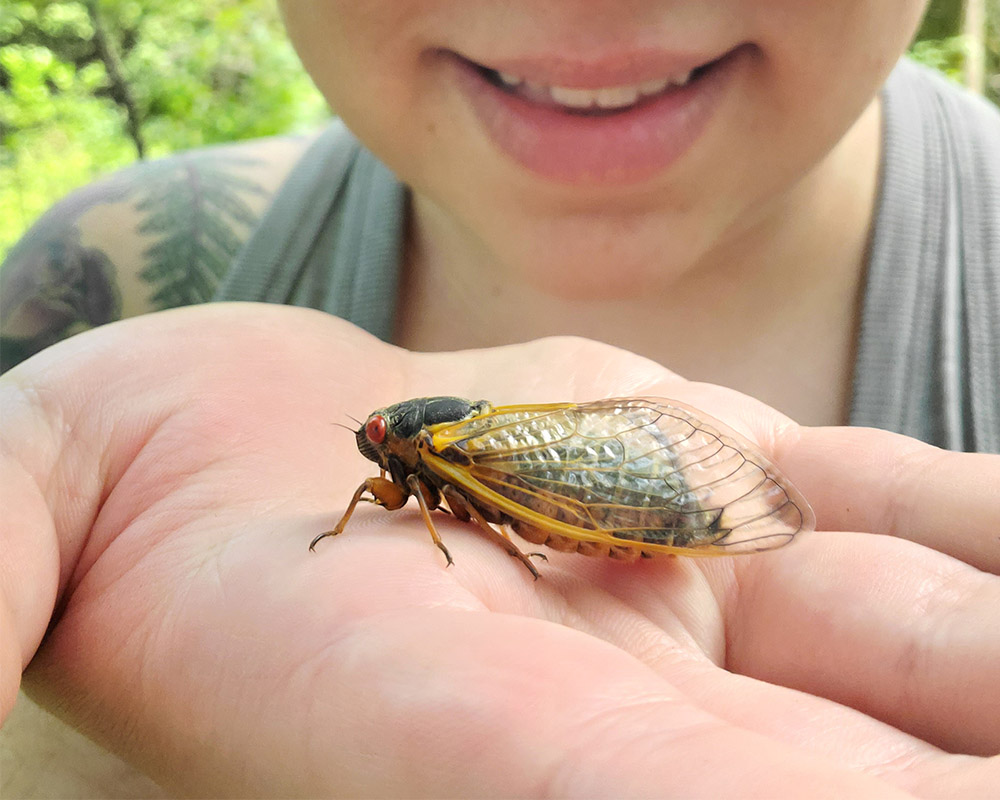 CAES News
Graduate students make pilgrimage to view Brood X emergence Posted on 06/15/21 by Denise M Hatcher
Standing in the Chattahoochee National Forest recording the song of the Brood X periodical cicadas on her smartphone, Julia Berliner realized in that moment that the last time the insects emerged from forest soil, her phone did not exist. 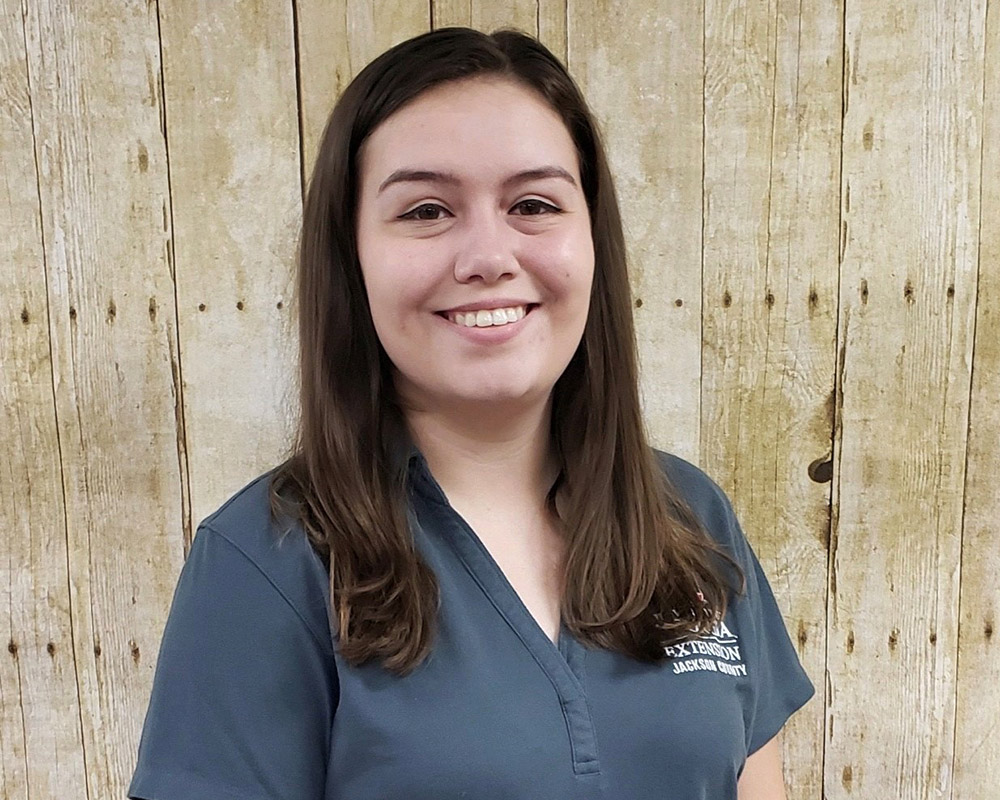 CAES News
2021 Broder-Ackermann Global Citizen Award winner Lauren Pike Posted on 06/12/21 by Courtney Cameron
Growing up in a traditional Swiss household in Georgia, the Broder family knew the value of community. The family immigrated from Switzerland and started a dairy farm south of Atlanta. It was a challenging adjustment, as the children balanced their family's culture with the culture of their new country. As immigrants, the Broders gained a personal appreciation for culture and an identity as citizens of the world.

CAES News
Keep your lawn disease-free with these tips from UGA Extension Posted on 06/11/21 by Tripp Williams
As warm-season turfgrasses continue to green up, diseases are rearing their ugly heads. The main culprit this time of year is a fungus, Rhizoctonia solani, that causes large patch disease in lawns. Large patch can infect all warm-season turfgrasses, but centipede, St. Augustine, and zoysia are particularly susceptible.
Subscribe for Updates