Produce prices too high? Grow your own

Food prices are climbing. But gardeners can cut costs by turning a corner of their yard into a personal produce stand, says a University of Georgia expert.

“If you don’t factor in the labor, you’re paying less than a quarter of what it costs in the store if you grow your own vegetables,” said Bob Westerfield, a UGA Cooperative Extension horticulturist. “In the store, you’re paying transportation and storage cost, plus the cost of produce.”

Deciding what to plant and how much of it is up to individual taste and what will grow well in a particular space, he said.

Bell pepper will be a money-saving garden crop this year. “It’s one of the easiest vegetables in the world to grow,” he said. “And the prices are very high in some grocery stores.”

Homegrown sweet corn will be another good deal. But it needs space to grow.

Zucchini and squash will produce most of the summer, he said. Three or four plants of each will supply a family.

“Plant a couple of hills, then wait two or three weeks and plant a couple more. That way you have a steady supply of fresh produce,” Westerfield said.

Half a dozen tomato plants will produce enough for a family.

“Look for indeterminate varieties that will produce all season,” Westerfield said. “They are best for fresh eating.”

Determinate varieties put out most of their harvest at one time, making them ideal for canning and freezing.

Don’t forget to include one cherry tomato plant. “They are indeterminate and will produce all season,” he said. “One plant will put out a tremendous harvest and supply a family all season.”

The biggest cost for a garden is fertilizer, which is expensive right now, he said. But the average small garden may need only $20 worth.

For those with limited space to garden, raised beds or containers work well in tight places. Soil in raised beds and containers can be mixed to help plants thrive, grow better and yield more, he said.

“You can live in an apartment complex and grow a pretty good harvest on your back porch in containers,” he said. “You just need a sunny spot that gets a minimum of six hours of sunlight -- eight to 10 hours are better.”

Many commercially grown tomatoes and peppers aren’t flavorful because they are picked before ripe and treated to prevent rotting before reaching grocery stores. Homegrown produce doesn’t have to be picked until it is fully ripened, giving it a higher sugar content and fresher taste.

Other than saving money, backyard gardeners can control what’s on their food, too. Chemicals can be used if needed, he said. But gardeners can often just pick off pests they see or use an insecticidal soap.

Faith Peppers is the director of public affairs with the University of Georgia College of Agricultural and Environmental Sciences.
Experts/Sources:
Bob Westerfield
Share Story: 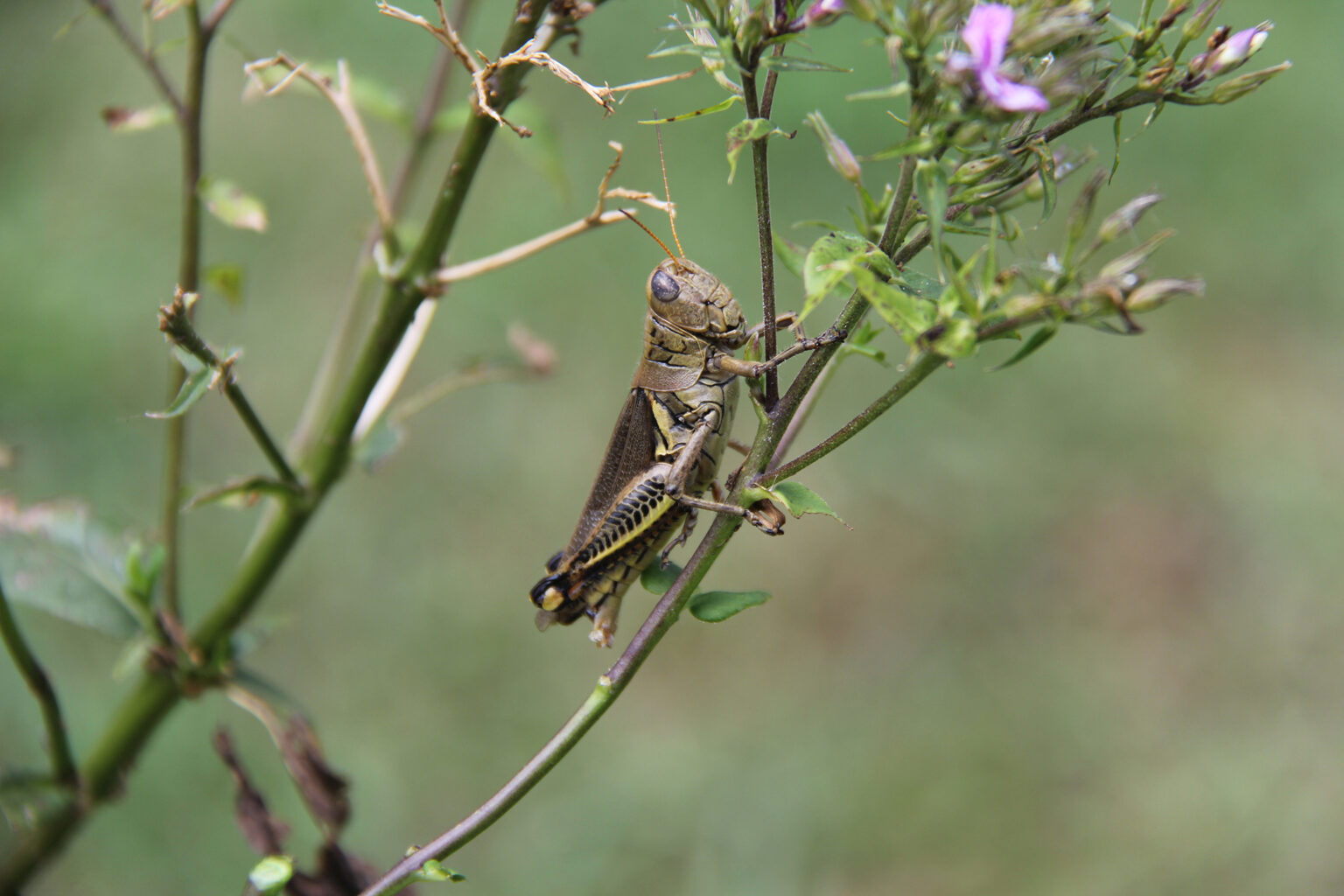 CAES News
‘Insect apocalypse’ may not be happening in U.S. Posted on 08/11/20 by Josh Paine
Scientists have been warning about an “insect apocalypse” in recent years, noting sharp declines in specific areas — particularly in Europe. A new study shows these warnings may have been exaggerated and are not representative of what’s happening to insects on a larger scale.

CAES News
Spiky COVID-19 particle no match for taste bud cells Posted on 08/10/20 by Charlene Betourney
A new study from the Regenerative Bioscience Center at the University of Georgia is the first to suggest that COVID-19 does not directly damage taste bud cells.

CAES News
UGA researchers comb through reviewed papers to find best methods to mitigate COVID-19 Posted on 08/06/20 by Maria M. Lameiras
A literature review by University of Georgia researchers has helped identify the most effective antimicrobial agents for preventing the spread of COVID-19 within the food supply chain.